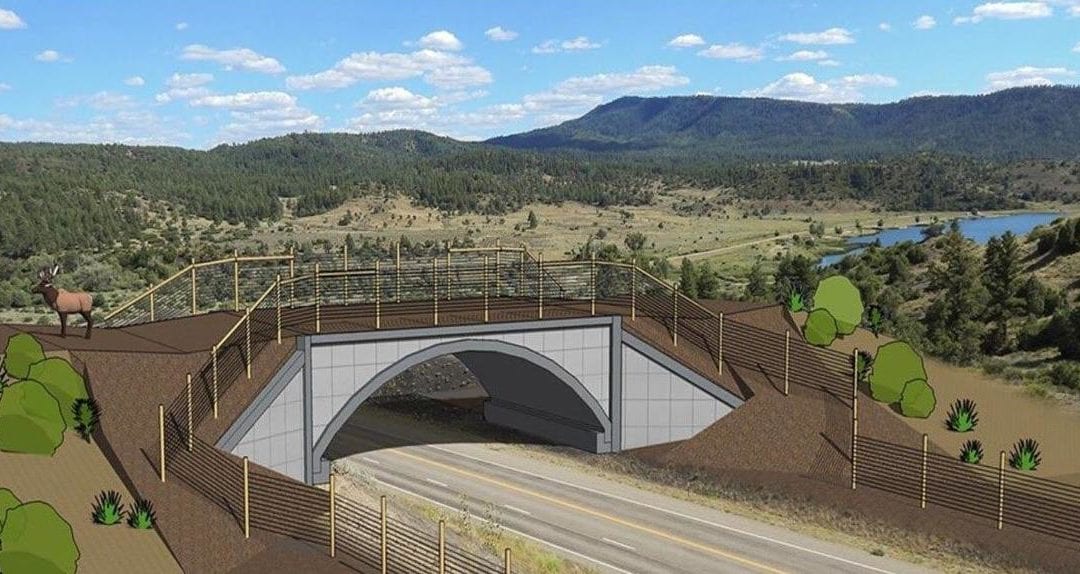 It has been announced that Colorado Parks and Wildlife and the Colorado Department of Transportation will be constructing several new wildlife safety features along US Highway 160 in partnership with the Southern Ute Indian tribe and several other organizations.

The construction project is expected to last from the spring of 2021 through fall and will involve adding multiple features along the stretch of road between Durango and Pagosa Springs in the southwest region of the state. The goals of the project include making travel safer for motorists, enhancing the safety of wildlife on the move, and reducing the number of animal-vehicle collisions.

Approximately 60 percent of all vehicle crashes in the area involve wildlife, with the number of these incidents expected to continue a recent rise if nothing is done. Upon completion, it’s predicted that this project will reduce collisions along this stretch of road by at least 85 percent.

Among the features to be constructed are a wildlife overpass, a wildlife underpass, an 8-foot-tall exclusion fence, earth escape ramps, and multiple deer guards.

The project is set to take place between mile points 126 and 128 along US Highway 160 in Archuleta County. This is located near Lake Capote and Chimney Rock National Monument.

Statewide, nearly 400 miles of big game fencing exist along state and US highways. More than 60 wildlife mitigation structures have been built above or beneath roadways around the state.

Animal mitigation efforts of this nature are meant to direct animal to an area where they are able to cross a dangerous stretch of road safely. Many times, that crossing is artificial – either a bridge or a tunnel.