10 Colorado Writers to Add to your Summer Quarantine Reading 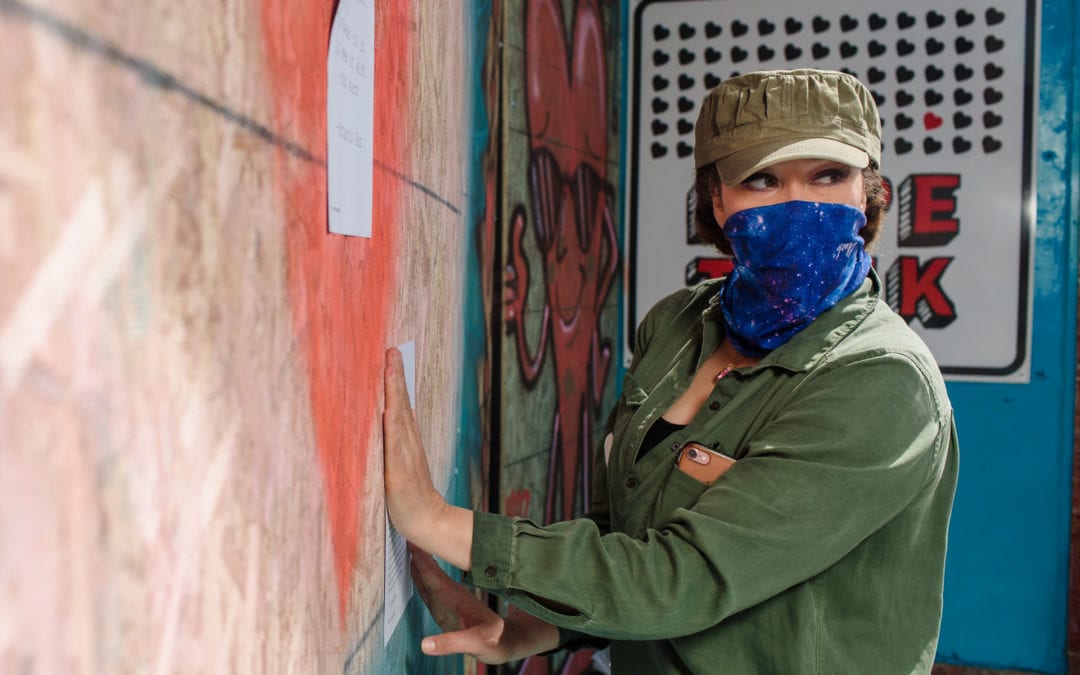 While things in Denver look to be slowly but surely opening up, COVID-19 has promised to remain prominent in our lives for the rest of 2020. If that is the case, we will all need reading material to turn to. Colorado has plenty of local, talented authors to add to your list, so we made it easier by breaking down just a few by genre. Check out the list below for some recommendations.

If you like Graphic Novels, try R. Alan Brooks

R. Alan Brooks wears many hats as a Colorado artist. He hosts a , cartoons a comic strip for the Colorado Sun, teaches at Regis University and contributes much more to the Colorado community. He wrote and created The Burning Metronome, a graphic novel, about a supernatural murder mystery. (The Burning Metronome features pencil and ink art by Dion Harris with coloring and lettering by Matt Strackbein.) Brooks is working on a second graphic novel — The Aguish Garden — which is set in the future and tells the story of the aftermath of an alien invasion, in which humans become infected with a disease transmitted by the invaders. The topic is sure to hit home for its readers, as “The Anguis Garden” is set to be the name of the safe haven for those in quarantine.

You can buy The Burning Metronome at local Denver bookstores like BookBar and The Tattered Cover.

If you like Fiction about Denver, try Kali Fajardo Anstine

Colorado lacks a highly visible place in the world of contemporary fiction, but Kali Fajardo-Anstine has made moves to change that. The author has placed our beautiful state on the literary map, and she brought with it the enchanting stories of her indigenous ancestry. Sabrina & Corina shines in 11 short stories about the depth and complexity of female relationships and the importance of understanding where we come from. The book received a slew of accolades, with Anstine becoming a National Book Award Finalist, a finalist for the PEN/Bingham Prize, The Story Prize, the longlist for the Aspen Words Literary Prize and recipient of the Denver Mayor’s Award for Global Impact in the Arts. The book was named one of the best books of 2019 by Kirkus Reviews, Library Journal, The New York Public Library and The American Library Association. Fajardo-Anstine has also announced that her debut novel, Woman of Light, is set to come out in either 2020 or 2021.

You can buy Sabrina & Corina at local Denver bookstores like BookBar and West Side Books.

On July 23, 2019, Colorado names its youngest and first Poet Laureate of color, Bobby LeFebre. LeFebre is an Emmy-nominated, SAG-Eligible Denver native who uses creative, non-traditional techniques to encourage empowerment in communities and stimulate art, culture and social change. LeFebre has been a Grand Slam Champion twice, a National Poetry Slam Finalist, an Individual World Poetry Slam Finalist, and a TEDx speaker. LeFebre is a founding member of Slam Nuba, a performance poetry event, and Sacred Voices, a nonprofit organization dedicated to continuing oral and written traditions through Denver youth. ,  an acclaimed play that addresses the gentrification of Denver, is a notable work of LeFebre’s. The play premiered at Su Teatro Cultural & Performing Arts Center in June 2019, and thousands of fans attended.

You can learn more about Bobby LeFebre and catch his upcoming work here.

If would be a crime to put Andy Seth into one category. An author, music producer and founder of nine successful businesses, he is well-known for his ambitions. Seth knows no limits to what he can create, and last fall he put that notion to the test by not only writing a book — but by also attaching an album to go along with it. Seth wrote A Story About Ditching the Struggle and Living in Flow, a fictionalized account of a musician named A-Luv, which is a moniker Seth himself used in his early days as a DJ. A-Luv experiences a big life transformation that evolves his music, and Seth felt the perfect way to truly show the reader was to create a seven-song soundtrack. The story summons the importance of a hunt for a deeper sense of self and potential, which is something Seth focuses on in his other areas of blogging and business.

You can buy Bling at local Denver bookstores like the Tattered Cover and the album online, as well as on Seth’s website here.

If you like Activist Poetry, try Suzi Q. Smith

Suzi Q. Smith is an impressive force that has made many spaces for creatives in Denver. Smith, a teacher and activist, was a founding Slammaster of Slam Nuba alongside LeFebre, served as the Executive Director of Poetry Slam, Inc. and is a partner artist with Youth On Record. She placed as a finalist in the Women of the World Poetry Slam in 2011 and 2013 as well as the Individual World Poetry Slam. Smith has contributed largely to the Denver music and theatre scenes as well, having formed a female hip hop group and written and performed in How I Got Over: Journeys in Verse, a show that premiered to a sold-out audience in March 2016 and continued to sell out every show during its run. Her chapter book collection of poems, Thirteen Descansos, is currently sold out, but a full-length collection she has forthcoming called A Gospel of Bones is due in 2020.

You can learn more about Suzi Q. Smith and catch her upcoming work here.

Any fan to Suspense, Thriller and Science Fiction has probably heard of Blake Crouch. Crouch’s (2012, 2013, 2014) was adapted into a television series of the same name on Fox in 2015 and was produced by M. Night Shyamalan. His 2016 release, , received critical acclaim and is in the works to be turned into a screenplay with Sony Pictures. 2019 brought us , a mind-bending, thrilling story with many moving moments. It is safe to say that anything Crouch puts his pen to is sure to be a wild ride, so who would want to miss out on that?

You can buy Crouch’s work at local Denver bookstores like BookBar and the Tattered Cover.

Elisabeth Hyde has written six critically acclaimed novels, one of which — Go Ask Fannie — was named the Colorado Book Award in General Fiction for 2019. Her books are typically literary and contemporary fiction, and she channels influence from the likes of John Irving, Ann Patchett, Richard Russo and Ann Packer. Her other works include The Abortionist’s Daughter, In The Heart of the Canyon, Her Native Colors, and Crazy as Chocolate.

You can buy Hyde’s work at local Denver bookstores like BookBar and the Tattered Cover.

Given his longtime work with NPR, Outside Magazine, National Geographic Adventure and Men’s Journal, Peter Heller has become a household name to many. The great success of his 2012 post-apocalyptic novel The Dogs Stars, helped push him into the national spotlight. The Dog Stars serves as a timely piece, set in Colorado telling the story of a man living a lonely life in an airplane hangar with his dog. Heller returned last Spring with The River, a story of college friends on a wilderness canoe trip gone wrong. Anyone who loves some good spine-tingling adventure should be sure to nab the writings of Peter Heller.

You can buy Heller’s work at local Denver bookstores like  BookBar and the Tattered Cover.

Andrea Gibson is well known for their social commentary on politics, social reform and the struggles LGBTQ people face in society. Gibson has published six books of poetry and at least seven spoken word albums. Their latest book, How Poetry Can Change Your Heart,  came out in 2019 and was written alongside Megan Falley. Take Me With You and Lord of the Butterflies were solo works published in 2018. They were currently scheduled to be on tour, but unfortunately, that has been postponed. You can look up the remaining tour dates on their website. Gibson is a four-time Denver Grand Slam Champion and was the first-ever Women of the World Poetry Slam champion in 2008.

You can buy Gibson’s work at Denver local bookstores like BookBar and the Tattered Cover.

Paolo Bacigalupi is yet another Colorado writer who is difficult to peg to one genre. The author, born in Paonia, has produced works that fall in the category of Young Adult, Fantasy, Magic, Thriller, Science Fiction and more. His debut novel The Windup Girl was named by TIME Magazine as one of the 10 best novels of 2009. His most recent novel for adults, , was written with concern about America’s willingness to pretend that climate change isn’t real, which the author also touches on in A Full Life, a short story that came out in 2019.

You can buy Paolo Bacigalupi’s work at Denver local bookstores like BookBar and the Tattered Cover.