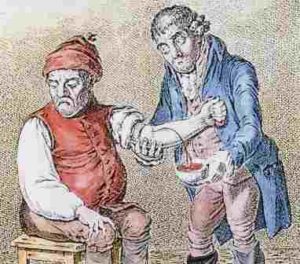 Under controversially relaxed signature-gathering rules in place to maximize voter participation during the ongoing pandemic, two opposing campaigns are petitioning to get on the November ballot with initiatives that can be credibly called tax cuts–or at least tax cuts for the overwhelming majority of Colorado residents. One measure, (but don’t memorize that number because it will be different on the ballot), cuts the state’s income tax from 4.63% to 4.58% for everyone who makes less than $250,000 a year. For the wealthiest, the rate goes up to 7%–a move toward a progressive income tax structure used by a majority of states and the federal government. The net effect is a $2 billion increase in state revenue to help offset the enormous cuts coming even after federal COVID-19 economic stimulus factors in.

The other initiative is , an across the board tax cut to 4.5% regardless of income. This initiative is being run by the Independence Institute, the arch-conservative “stink tank” which has quarterbacked the opposition to every attempt to increase revenue for the state of Colorado since the 1980s. In his press release Monday announcing the launch of 306, Independence Institute honcho Jon Caldara makes it abundantly clear that his initiative is about muddying the waters for voters considering Initiative 271:

“The Colorado economy —pre-COVID-19— was on fire thanks to our Taxpayer’s Bill of Rights and our flat state income tax,” said Jon Caldara, President of the Independence Institute, and co-ballot proponent of the tax rate reduction. “We look forward to giving the voters a real choice [Pols emphasis] between a progressive tax increase which will be billed as a middle-class tax cut, and a real tax cut for every Coloradan. Question is: which one is actually the tax cut? Hint: Not the ballot question that starts “Shall state taxes be increased $2,000,000,000 annually…”

“We think that a small tax cut for everyone makes a lot more sense than a $2 billion tax increase,” said Michael Fields, Executive Director of Colorado Rising State Action. “And even if both pass, the tax cut only has to win by one vote over the tax hike to be implemented. So, we like our chances.”

The context for these initiatives, of course, is the biggest fiscal crisis faced by the state of Colorado at least since the Great Depression. The estimated $3 billion shortfall lawmakers are wrestling with today is expected to be partially offset by federal economic stimulus, but not enough to close the gap completely–and certainly not in a recurring manner to meet the ongoing need. The state has faced a looming revenue shortfall for many years, resulting from the throttling effect on revenue growth over time relative to the need created by the 1992 Taxpayer’s Bill of Rights (TABOR). TABOR’s labyrinthine limits and regulations on revenue growth, and stilted language requirements the ballot questions it mandates for any tax increase, created a growing gap between need and revenue supply that the COVID-19 economic crisis has severely exacerbated. Colorado’s budget is already very tight, and the pandemic is a fiscal disaster the state can’t afford.

With this in mind, Colorado voters have to ask themselves a simple question: who has our state’s best interests at heart? Supporters of a measure to cut taxes for just about everybody while raising more net revenue the state desperately needs–or those who think the solution to a grave fiscal crisis is to make the crisis worse? Like with other extremely ill-advised ballot measures in previous years, like 2010’s infamous “Bad Three” or 2018’s nightmarish which would have crippled local governments to empower the oil and gas industry, we’re obliged to trust the wisdom of Colorado voters to see through the misdirection. It’s honestly helpful when the bad actors admit up front like Caldara did here that they’re playing a political shell game instead of proposing serious policy.

Conservatives rely on the axiom that while voters may want the vital services government provides, they hate paying for them. That’s the unspoken presumption that turned TABOR into a blunt weapon against government instead of a tool to encourage responsible government. In Colorado, tax increase measures have slowly increased their percentage in consecutive losing efforts, reflecting the slow progress of years of educational efforts mounted by progressive fiscal policy groups as well as the state’s leftward-shifting electorate in general.

In 2020, this old battle will be fought once again. In a changed world, with higher stakes.

And we’ll find out if the old tricks still work for Caldara and friends.