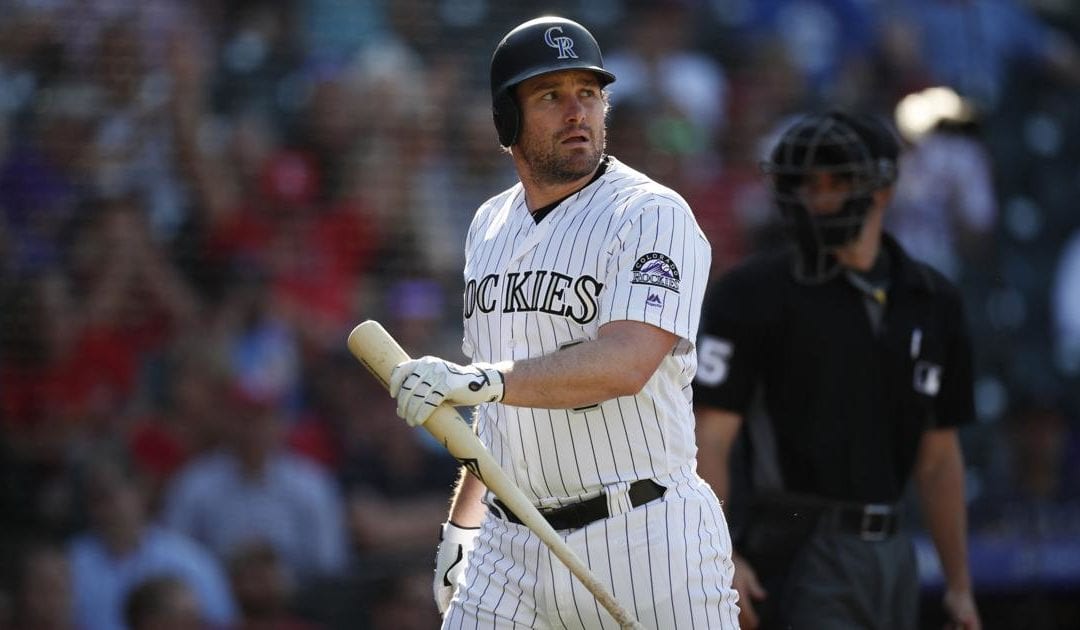 Ifs, ands and buts, but no butts, will dictate whether the ol’ ballgame will open by the Fourth of July.

If the owners and the players’ association can reach agreement on a modification of the latest proposal, and if state governments and health officials allow The National Pastime to be played, and if there isn’t an widespread outbreak of COVID-19 cases among the game’s workforce, and if the creeks don’t rise or Godzilla attacks the United States, then perhaps, without fans in stadium seats, baseball will be back.

And if that miraculous event could occur, Colorado Springs perhaps will be involved in the recovery process.

Take a leap of fate.

MLB owners have approved a comprehensive plan to get the game going, but the powerful players association, which is in accord with many of the recommendations, must sanction a 50-50 revenue split for a condensed, 82-game season. In March the players agreed to prorated salaries, but now the owners want more concessions and, essentially, a salary cap. A renegotiation of financial terms probably will be necessary for a return of “spring-turned-summer training’’ and a newly scheduled opening day.

Should the obstacles be surmounted, the Rockies could hold their annual Fireworks Show at Coors Field for all to see in LoDo and Denver. (In the original schedule, the Rox would have been playing the Giants at home July 3-4.)

The owners’ proposal includes an expanded active roster to 30, with an NFL-like practice squad of 20 others. The supplemental group would give teams movement of players since minor-league baseball won’t be operational this year.

This is where Colorado Springs figures into the big-league picture.

The Rocky Mountain Vibes, a new Rookie League club installed in the Springs last season to replace the Triple-A Sky Sox, obviously is lifeless in 2020. But Colorado Springs can play ball with the Rockies.

Under the projected rules, home parks throughout most of baseball would be sites for a three-week period of practices and intrasquad games. (Some teams, because of state restrictions, might have to travel to Florida and Arizona for retraining).

The Rockies would assemble their 50-man contingent at Coors Field, utilizing both clubhouses for all the players. However, once the regular season starts, there will not be sufficient room for the practice unit. Those players can’t be sent to Albuquerque, the Rockies’ Triple-A location, because of travel limitations.

Yet, the practice squad could be stationed in the Springs, which is only an hour away at similar altitude. Players could be transported back and forth by car. The ballpark in Colorado Springs has the necessary clubhouse and training facilities, and Rox controlling owner Dick Monfort is board chairman of UCHealth Center (whose name is on the stadium).

Monfort proclaimed on the first of February the Rockies, who won only 71 games in ‘19, would rise to a record 94 victories this season. He cannot be held accountable for that preposterous prediction, but that .580 winning percentage translates to a 48-34 record in the proposed 82-game schedule.

The Rockies would have other optimistic positives under the baseball blueprint. The designated hitter would be in effect in the National League, too. Manager Bud Black could utilize Daniel Murphy, a lousy first baseman, as the DH against right-handed pitchers, and Ian Desmond — bad field, bad hit — could be in the lineup against left-handers.

During my trip to Rockies camp in Scottsdale, Ariz., Black acknowledged the club had critical player decisions for a backup catcher, infielders, outfielders and the pitching staff. With an expansion to 30 players, Black would possess five additional pitchers and position players.

Rockies’ former ace Ubaldo Jimenez and other non-roster invitees Wes Parsons and Jose Mujica could be placed in the Springs on the practice squad with seven young pitching prospects, and the Rox could keep Sam Hilliard and Yonathan Daza (who had an outstanding spring) on the major-league roster in the outfield, veteran infielder Chris Owings and three catchers, including the two free-agent veterans.

The Rockies would play 16 games against each National League West division team and the remaining 18 against American League West teams (Mariners, Rangers, A’s, Astros and Angels).

And the Rox would have a better chance at the postseason with the addition of two more playoff teams (14 total).

However, conjunctions and coronavirus continue to command the rebirth of baseball.