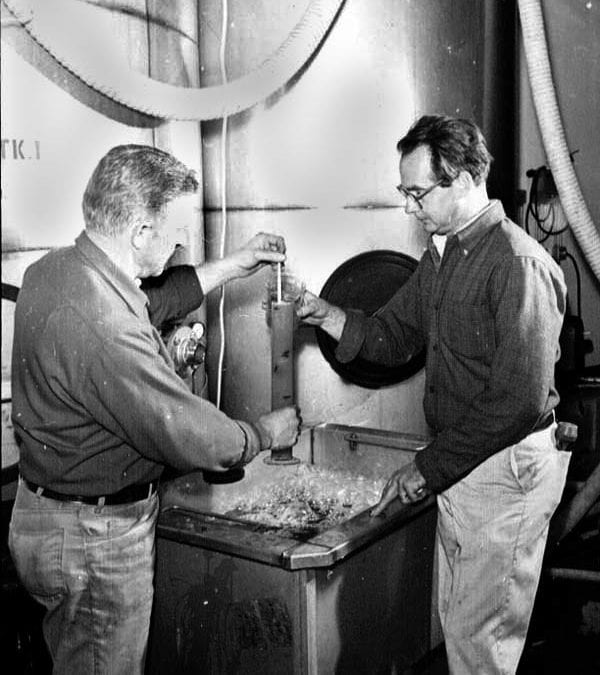 “Each time I come to Colorado I have been struck by the improvements that have been made in the quality of the wines,” said Warren Winiarski, one of the most significant figures in the history of American wine. “There are a lot of good winemakers in Colorado who are dedicated to the idea of listening to their fruit.”

High praise indeed from a man who was Robert Mondavi’s first winemaker in the Napa Valley, whose 1973 cabernet sauvignon was decreed better than those of Bordeaux in the 1976 Judgment of Paris, the seminal event in American wine’s ascendance, and who made revered wines at Stag’s Leap Wine Cellars for 35 vintages before agreeing to sell it to Piero Antinori and Ste. Michelle Wine Estates for a princely sum in 2007. And while those accolades are enough, it is his role as a champion for the wine industry that truly makes his praise special.

Now, 92 years young and still calling the pick at his Arcadia vineyard in the Coombsville AVA in the Napa Valley, Winiarski is doing what he has done all of his life: sharing wisdom and the spoils of his success with others in the quest to make great wines. This month the Winiarski Family Foundation he founded with his wife, Barbara, will award a significant grant to improve the state of wine in Colorado.

Winiarski will make a grant of $150,000, of which $50,000 is for matching funds, to Western Colorado Community College in Grand Junction, a division of Colorado Mesa University, the first college in the state to offer an associate degree in viticulture and enology. The grant will “provide a conduit for collaboration in Colorado’s wine industry and support for the program (which) will be committed to advancing the quality, consistency and prosperity by academic collaboration, workforce training and educational extension.”

Why does Colorado wine resonate with Winiarski? Well, he has history here. A recently written essay by Summit County author Christina Holbrook for the Colorado Wine Industry Development Board documents Winiarski’s seminal influence on Colorado wine for the history books.

In 1968, Denver periodontist Dr. Gerald Ivancie wanted to make wine from vitis vinifera, European grapes, in a state where heretofore fruit wines were the norm. He recruited a young California winemaker, Winiarski, to help. “We shipped grapes by truck from California and we produced a cabernet sauvignon and a Gamay Beaujolais in Denver.” But it was clear that the best way to bring Colorado into the wine world was to grow grapes there. “We began talking to farmers in the Grand Valley near Grand Junction and they started growing grapes there.”

Though Winiarski went back to Napa Valley to establish Stag’s Leap Wine Cellars, he made many trips to the state and has influenced a number of different producers, including John Sutcliffe of McElmo Canyon (Sutcliffe Vineyards) and Joe Buckel (Buckel Family Wines), now of Crested Butte. “Those early days were satisfying,” recalled Winiarski for Holbrook’s essay, “for they planted some of the seeds for what was to come, and I was happy to have contributed my small, originating part.”

The structure of the grant is designed to, as Winiarski describes it, “help break the iron circle.” He explains that growers, especially now, are in a tight spot. “But if we could get them to think of their crop as ‘wine’ instead of as a commodity, it could help change the frame of mind. If we can create a sense of unity between growers and winemakers, it can create a sense of having no self interest but one of ‘we are all in this together.’”

“The original idea was for just a scholarship, but I thought about that and I thought that would be a benefit to only one student,” he continued. “But I’m trying to help the whole industry, so I thought it would be better to seed a program to help make the wines better and help the industry become a resource for all of Colorado.”

In the ensuing years since Winiarski made wine in Denver, Colorado’s wine industry has become one of the most important areas of agri-business in the state. With about 150 wineries and more than 1,000 acres of vineyards, it plays an increasingly important role in the local economy. But this investment, and perhaps even more importantly, the confidence Winiarski has shown in the state’s still nascent industry, can have a dramatic impact on its future. “Colorado is closer in my mind to the classical growing regions in California, Washington and Oregon than other states,” he opined.

And, for those growers and winemakers who are listening to their grapes, Winiarski suggests that Cabernet Franc may be a variety of “opportunity” to pay attention to in Colorado.

Take it to the bank.