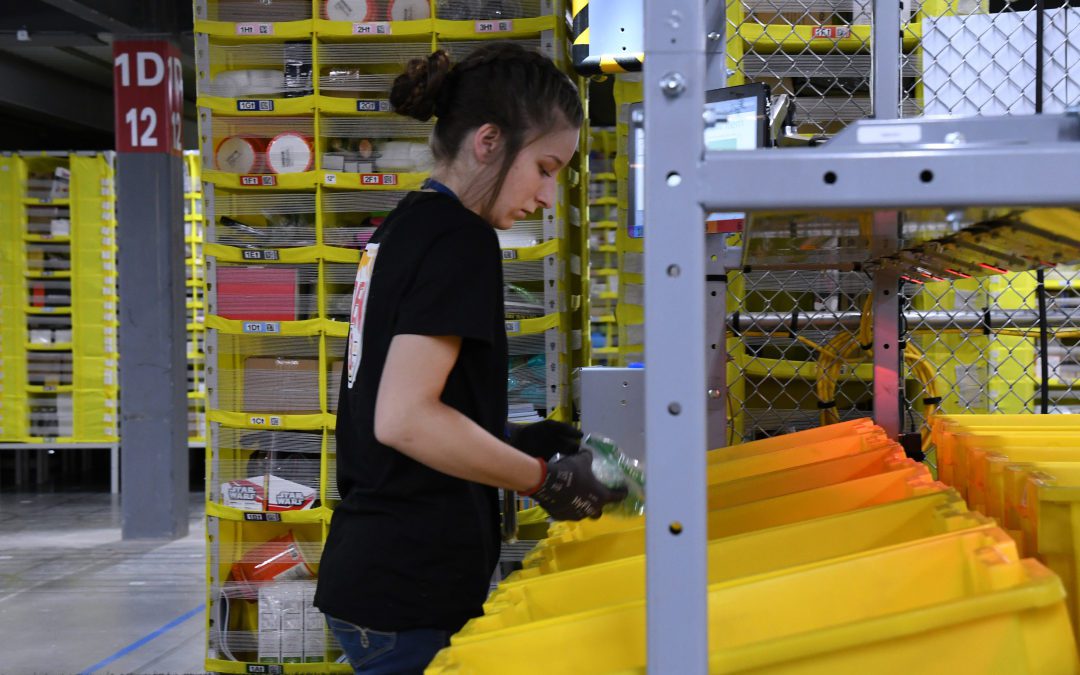 Who isn’t hiring? A number of national companies announced they need more help this week and are increasing hourly pay for new hires, including Amazon, which is looking to hire 3,000 more people in Denver at $17 an hour.

McDonald’s is another, offering $13/hour at company-owned stores, and there’s also Chipotle, which is increasing its hourly wage to $15 by June. There are also various hiring bonuses as employers say it’s difficult to find workers right now so they must raise their wage above the state’s $12 minimum.

With so many jobs out there, at least 18 states have now decided to end federal unemployment benefits early, according to CBS News. That includes the weekly $300 federal bonus to everyone on unemployment through September.

But let’s face it. It’s hard to make a living in Denver or in most parts of Colorado even on $15 an hour. With Denver’s average rents for a two-bedroom apartment at $1,600 a month, housing expenses would take up one third of that monthly salary if the renter has a roommate. And If you remember this example of the jobs with the most openings in Colorado Springs, four of the top 10 paid less than $35,000, or $16.83 an hour.

“There have been many articles about how jobs are on the rise but no workers,” emailed Lucy Trankina, who used to make nearly double the minimum wage before she lost her job in the pandemic. “These articles seem to assume that people are choosing not to go back to work because unemployment benefits are making it easy to stay home. This grossly overlooks the fact that most of these jobs are minimum wage and the people on unemployment are not all minimum wage workers.”

Actually, she’s not the only one to think this. There’s been a fury of news stories about how some of the labor shortage isn’t a labor shortage. It’s an awful pay for awful jobs issue, according to The Intercept. It’s a labor reassessment, writes The Washington Post. It’s just economics, says the Economic Policy Institute.

Heidi Shierholz, EPI’s senior economist and director of policy, went on to explain: “Employers who truly face shortages of suitable, interested workers will respond by bidding up wages to attract those workers, and employers whose workers are being poached will raise wages to retain their workers, and so on. When you don’t see wages growing to reflect that dynamic, you can be fairly certain that labor shortages, though possibly happening in some places, are not a driving feature of the labor market.”

By Amazon having to raise its wage to $17 an hour for warehouse jobs, that is the company’s response to its own labor shortage and rise in demand for its services.

We don’t see many announcements from non-retail or service-industry jobs announcing they’re increasing pay because they can’t find workers. But perhaps there will be more if there really is a national labor shortage that affects more than minimum-wage jobs.

→ In case you missed it: What’s Working: Gig companies want workers back and are paying bonuses in Colorado

I often mention various occupations that do pay a livable wage in Colorado, like accountants.

Long hours on the road, staying alert and maneuvering past low-hanging bridges or narrow parking lots doesn’t sound simple. And to qualify, you’ll need a commercial driver’s license. But this gig often appears at the top of the job list for a high number of openings.

But if you get that license and training, Class A truck drivers earn an average of $48,176 to $62,532 in Colorado, according to Salary.com.

That’s just one national estimate. Over at Old Dominion Freight Line in Commerce City, the trucking company is holding a job fair on Saturday and looking for 10 new drivers “to accommodate business growth in the Denver area,” according to the company, which already said it needed 800 more drivers in March. The pay ranges between $73,000 to $98,000, plus a $5,000 signing bonus.

And it’s not just licensed drivers they seek, but also dockworkers who don’t need any prior experience, said Patrick Budd, a spokesman with Old Dominion Freight.

“As business levels continue to rise, there is an increased demand for our less-than-truckload services, and we need the people to help make that happen,” he said in an email. “We’re looking for Class A CDL drivers, dockworkers, and other qualified individuals to support our freight operations. The jobs open in our Commerce City service center are well-paying jobs in an industry critical to the American economy.”

Well-paying for entry level dockworkers translates to $24.25 an hour — or more than double the state’s minimum wage.

If you’re interested, stop by the company’s job fair today (May 15) or apply online. >>

→ Strive Health, which provides kidney care, is expanding its Denver headquarters and plans to add 250 new jobs that are clinical, technical, data management operations and strategy. The average annual wage is $131,572. >>

→ As of Friday, there were nearly 99,568 job openings on ConnectingColorado.com, the state’s official job board. While I’ve delved into how this job board gets its jobs and why there may be duplicates, that’s the highest I’ve ever seen it!

→ New unemployment claims remained under 5,000 for the second week in a row — a pandemic first for the state, according to the state Department of Labor and Employment. There were 4,395 new claims for the week ending May 8. The number of Coloradans still receiving unemployment benefits as of May 1 was 192,830, down from the prior week’s 196,607. >>

Last week, I gathered up what I’d learned over the months about ID.me and put it into one column. The tool, used by the state to verify every unemployed applicant’s identity, has now verified 228,178 people, approximately 21,629 more people than a week ago.

But people still struggled and shared their issues.

More than a handful of people had the same issue so I want to tell everyone once again: Don’t stop after Step 6!!

I mentioned this last week and in prior weeks. CDLE even has a video of it on its tip page.

Lucy Trankina, from Colorado Springs, had bemoaned the process of ID.me because she completed the process last month but is still in some sort of hold up with getting paid her benefits. I told her to share some screenshots of her account so I could weigh in.

She shared this screenshot of ID.me’s Step 6 to show the process was completed.

She had stopped at Step 6.

After I pointed that out, she logged back into ID.me and completed the process and her identity was accepted by the state.

But she shared these tips: If you had previously stopped at step 6, don’t start over.

And after getting verified on ID.me, don’t overthink the message on your unemployment account. A screen popped up on her MyUI+ page that shouted in all caps, “ONLY COMPLETE ID.ME ONE TIME,” plus a few other confusing messages. But she completed the process by pressing the “here” link shown in this image:

She plans to report back after she’s been paid.

Thanks for paying attention for another week. Stay healthy and if you’ve got a job or unemployment issue, let me know . Until next time! ~ tamara