What’s Working: Here’s how Colorado is rolling out federal unemployment benefits, plus Paycheck loans are hopping 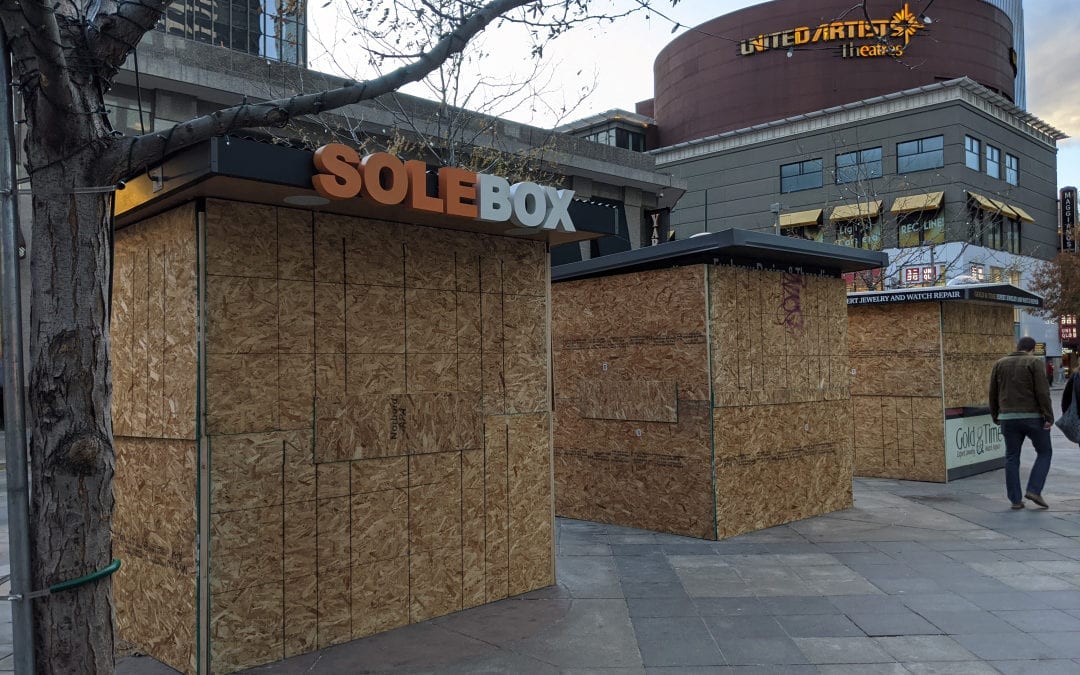 The biggest news of the week, at least for unemployed Coloradans, is that federal benefits could start as soon as Jan. 29.

No need to remind the unemployed what those are, but let’s do it anyway: This is the $300 weekly bonus for 11 weeks, otherwise known as Federal Pandemic Unemployment Compensation (FPUC).

The state Department of Labor and Employment is rolling out the federal benefits in four phases. Besides FPUC, the first phase is open to those who haven’t exhausted their pandemic benefits, also known as Pandemic Unemployment Assistance (PUA) and Pandemic Emergency Unemployment Compensation (PEUC).

The timing depends on the state’s vendor, Deloitte, turning the system on, which could be as soon as Jan. 29, said Phil Spesshardt, the state labor department’s benefits services manager.

Spesshardt walked me through how this is supposed to work:

→ FPUC, the $300 weekly bonus, is included with weekly benefits for pretty much everyone on unemployment. In many cases, it’s paid automatically and lasts for 11 weeks or till March 13.

→ Retroactive FPUC is also automatically paid at the first payment request. This is one of the things that needed to be programmed, so remember that when you question why everything took so long. Skip this step and users would have to file a backdated claim, overwhelm the call center with questions and wait who knows how much longer.

Phase 2, which starts after it’s programmed into the new computer system, includes those who exhausted their PEUC and PUA last year.

Now, Spesshardt shared an interesting difference between the programs. Most people who’ve read this far know that PEUC is for people on the state’s unemployment who’ve exhausted their regular benefits. And PUA is for gig workers and the self-employed who don’t pay for unemployment insurance.

Since the CARES Act provided 39 weeks to PUA folks, some people did use up all 39 weeks last year. Those folks must wait for Phase 2. The federal plan offers 11 more weeks.

Meanwhile, the original 13-week PEUC program is actually based on 13 times one’s weekly benefit. So, if someone worked part time, they aren’t paid a week’s worth of unemployment. The remainder stays with their account. After 13 weeks, they may still have money in it. Thus, it’s not exhausted (and those people would be in Phase 1).

But if you’ve exhausted PEUC and have no money left, then you’re part of Phase 2 and will get 11 more weeks when the system is ready for you.

As for SEB, most will return to PEUC for 11 weeks. But more on SEB below.

Something new this year and oh so fun for the state to program into its computer system is the mixed earner. These are people who qualified for both PUA and regular unemployment.

The new federal plan took into account people who made more money as gig workers but still did some regular work. According to last year’s rules, these “mixed earners” had to exhaust their regular benefits before moving on to PUA — even if they earned way more as a gig worker. That left some people struggling financially since most of their prior year’s income had come from gig work

That rule is still the same this year, but the new law allows mixed earners to get an extra $100 a week as they use up their regular benefits.

“That one is extremely difficult to program,” Spesshardt said.

This phase includes people who have bounced around between programs.

There could be others. Spesshardt calls it sort of a catch-all for the folks who can’t easily join one of the earlier phases, as programmed.

There’s a smaller group of people who last saw a benefit check on Nov. 28. That’s when State Extended Benefits ended a month earlier than expected, after Colorado’s unemployment rate fell below 5%. Everyone did their best to try to get Colorado back on SEB again, including state lawmakers and U.S. Sen. Michael Bennet, who helped get the right language into the new federal relief bill.

When SEB did end in late November, the state recommended people apply for PUA. Many did. And many saw a larger weekly check since PUA’s minimum was $223 while regular unemployment was $25. And that created a problem of retroactive SEB.

“There is a large group of low-wage earners that if we took that (retroactive) option to backdate SEB,” Spesshardt said, “we would have created all kinds of overpayments for people who can least afford it.”

The state had to pick whether to allow retroactive payments or not. It decided not to because of the large number of people who would have to repay some PUA benefits and then be left on lower-paying benefits.

“It was a battle for us because we appreciate what Congress did to give us the opportunity,” he said. “But the more we looked at it, the more detrimental it was to claimants. … We did try to look at what’s the greatest group that is helped by doing it this way.”

→ A lot more details were shared about unemployment. I’ll try to update those over the weekend as my time permits. Check back!

Step right up and get yer PPP

Last spring when banks first opened for these forgivable loans, the program ran out of money in less than two weeks.

That’s because Congress prioritized actual small businesses this time, letting only smaller lenders and community lenders specializing in underserved communities participate in the first week. Some 60,000 small businesses have applied for roughly $5 billion, according to the U.S. Small Business Administration, which is overseeing the program.

By-state data isn’t available yet, but local community lender Colorado Enterprise Fund said that in its first seven days, the volume was 90% of what the organization processed in PPPs last year.

“To say there is interest/demand is an understatement,” Nim Patel, chief strategy officer for the nonprofit Colorado Enterprise Fund, said in an email. “Many view the (second PPP loan) as the lifeline that is going to get them through the Colorado winter and into the spring and summer, where outdoor activities will bring a much needed bump back to their business.”

Expect the numbers to surge since larger lenders were allowed to start accepting loans on Tuesday.

If you need a PPP loan, talk to your bank or a community development financial institution, like Colorado Enterprise Fund. They work with small businesses that may not qualify for traditional loans. The application deadline is March 31 or until the $284 billion gets loaned out.

Got a question about the paycheck loan program? Ask it and I’ll try to get it answered in a future column.

In its press update each week, the Department of Labor has taken to sharing the most common job openings in ConnectingColorado.com, a database of job openings that are vetted somewhat by regional workforce centers.

Help me out folks: Have you tried applying for any of these jobs? Has anyone received a response, interview or … job offer? Let me know what your experience has been with ConnectingColorado.

And employers who are hiring, what are you seeing? Hundreds of applicants? A good selection? I’d like to interview employers who are finding good candidates or can’t find anyone. Email me at tamara@coloradosun.com

It’s really incredible how much information shows up each week to stuff into this column. I guess that means What’s Working will continue indefinitely. Thanks for reading this week and if you aren’t getting this in your Saturday inbox, sign up for the newsletter here. Send your questions and complaints to me and remember, I’m an explainer, not someone who can fix your issue. But if I can, I will. See you next week! ~ tamara