“We were getting ready to make a stand”: Colorado congressmen recount harrowing moments as rioters approached 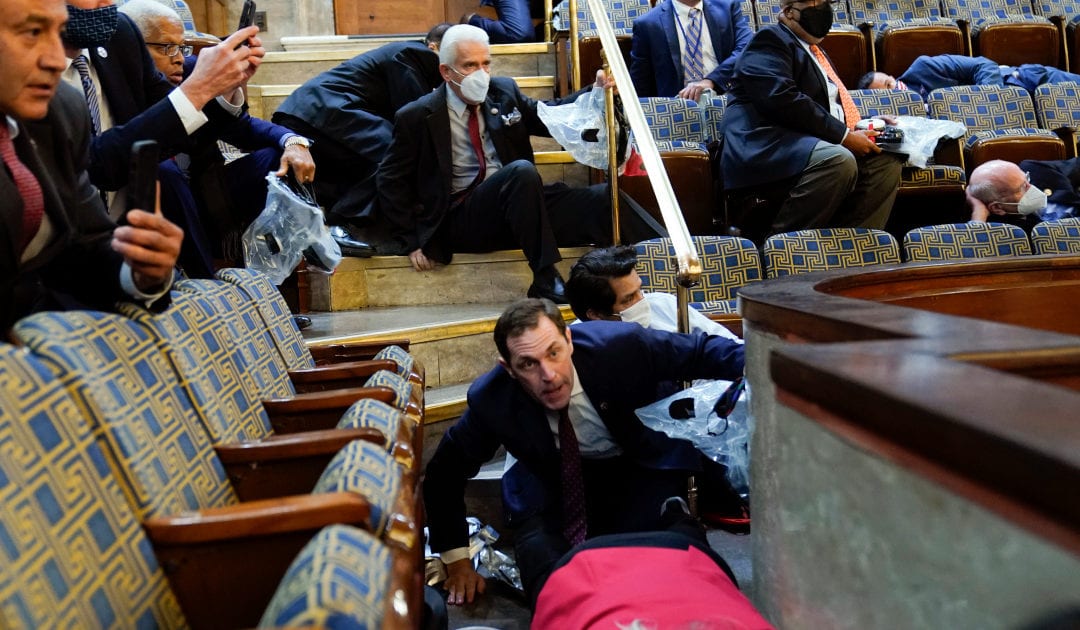 U.S. Rep. Joe Neguse had just finished speaking on the House floor in defense of President-elect Joe Biden’s win on Nov. 3 when the Democrat from Lafayette noticed something was wrong.

Speaker Nancy Pelosi was escorted from the chamber. Then House Majority Leader Steny Hoyer, who was sitting behind Neguse, was removed from the House by U.S. Capitol Police.

“It signaled to everybody that something was amiss,” Neguse said.

Neguse was ignoring his cellphone to focus on his important role as one of a handful of Democrats assigned to push back against Republican efforts to overturn the presidential election results. He had no idea that a destructive mob of President Donald Trump’s supporters had breached the U.S. Capitol building. They were steps away.

“I texted my wife and told her that I loved her — that I love Natalie very much,” Neguse said, referring to his 2-year-old daughter.

Rioters were banging on the doors to the House. It sounded like gunshots. Lawmakers were instructed by police to stay calm and prepare to evacuate. They were told to put on gas masks.

Four members of Colorado’s congressional delegation were in the U.S. House chambers during the deadly riot at the Capitol on Wednesday afternoon. All four escaped unharmed.

Neguse and U.S. Reps. Jason Crow, D-Aurora, and Ken Buck, R-Windsor, recounted a harrowing ordeal to The Colorado Sun, denouncing the actions of the rioters and vowing to get back to work as quickly as possible. Rep. Lauren Boebert, R-Rifle, who was sworn in on Sunday, was the fourth member in the chamber.

Lawmakers were summoned back to the House on Wednesday night to continue the debate.

Crow was keeping tabs on the proceedings from the gallery above the House floor. He was there just to watch, sitting with 15-20 other Democratic members of Congress and preparing to speak later in the day.

Crow was watching the scene outside the Capitol unfold on his phone and knew that rioters were getting closer and closer to the House chambers. He, too, saw Pelosi get whisked away along with Vice President Mike Pence. Police then began evacuating members from the House floor.

“By the time they got the members off the floor, the mob had broken through into the Capitol and cut off the route out,” Crow said.

Capitol Police then began locking all of the doors into the House. Officers moved furniture from the chamber floor to barricade the doors and windows. But the rioters were determined as they yelled and pounded on the entrances. They were undeterred despite being at gunpoint.

“We were getting ready to make a stand,” said Crow, a former Army Ranger who received a Bronze Star. “I thought for a couple minutes there that I was going to have to fight my way out.”

Crow began running from door to door in the gallery, making sure that each one was locked. There was nothing available to use as barricades because seats in the gallery are bolted down.

He ushered older lawmakers away from the doors. He instructed his fellow congressmen and congresswomen to remove the lapel pins marking their status as lawmakers so that they wouldn’t become targets. He helped them put on their gas masks. He held the hand of U.S. Rep. Susan Wild, a Pennsylvania Democrat, reassuring her that they would be OK.

A photo captured the moment. Wild was lying on the gallery floor, apparently taking cover behind a railing. She clutched her chest in one hand, her face paralyzed with fear, while Crow grasped the other.

Like Neguse, Crow reached out to his wife, Deserai, to tell her he loved her. “Tell the kids I love them, too,” he said.

“She knows that I’m somebody that when I’m in a situation like that I like to take action,” he said. “She just reminded me that I have young kids and not to put myself in a dangerous position.”

Crow said he was convinced that there was a battle ahead.

“I certainly haven’t felt that way since I was in combat in Iraq and Afghanistan,” he said. “I never, in a million years, would have thought I would have been experiencing that as a member of Congress in the U.S. Capitol.”

Eventually, law enforcement was able to escort the lawmakers to safety.

Buck was on the House floor as the rioters advanced toward the chamber. As was Boebert.

One minute later she tweeted again. “The speaker has been removed,” she said.

Buck said the rioters were trying to enter the House chambers by breaking panes of glass on doors leading to the floor.

“It almost sounded like gunfire, but it clearly wasn’t gunfire,” Buck said. “It was just a metal object breaking the glass.”

A few minutes later, lawmakers were ordered to leave.

“Then they evacuated the floor. We went through the tunnels to evacuation points,” he said.

Neguse said he won’t be intimidated by the rioters.

“I feel more emboldened than I certainly did this morning,” he said. “The work that we are doing today is of a critical importance. It’s critical for our country and, frankly, for the rest of the world, to see us finish the job. I intend to do that.”