“We knew it would be tight”: Colorado wolf reintroduction riding on razor-thin vote margin 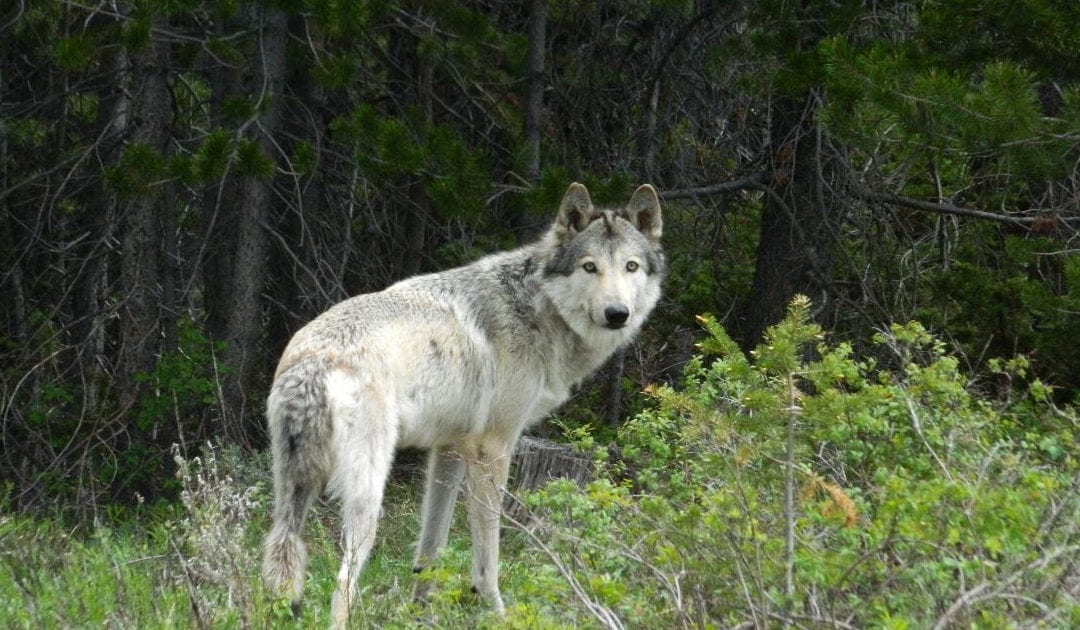 The tightest statewide race of the 2020 election in Colorado was about wolves.

As counties meticulously counted dense ballots on Wednesday, Proposition 114 remained close, hovering, at points, within hundreds of votes of an automatic recount.

The measure that would task Colorado Parks and Wildlife with creating a gray wolf reintroduction plan by the end of 2023 was slightly ahead the day after the election. A gap of 7,600 votes early Wednesday grew to more than 10,000 votes by midday but then fell to 8,800 votes by afternoon. By late Wednesday, the gap reached almost 13,000 as more Front Range county votes were tallied.

Opponents of the measure, which include the Colorado Farm Bureau, Colorado Cattlemen’s Association and the Rocky Mountain Elk Foundation, were closely watching the numbers, waiting for the gap to get small enough to trigger a recount.

Colorado law says a recount comes when the gap between the high vote and the low vote is equal to or less than 0.5% of the highest vote tally. Early Wednesday, as votes trickled in county-by-county, the recount target was as close as 700 votes and as far as 3,700 votes.

“We knew it would be tight, based on our own polling,” said Terry Fankhauser, the executive vice-president of the Colorado Cattlemen’s Association. “We knew there would be a handful of counties that would show favorable support and they are everywhere wolves won’t ever be.”

Those surveys, which also showed widespread support in rural Western Slope and the Eastern Plains as well the Front Range, were touted by wolf supporters as evidence of sweeping support for wolves in Colorado.

But, following a trend of not-quite-accurate polling in the 2020 national election, the CSU surveys were not reflected in voting results.

“To the extent that this was as close as it is, this is a moral victory for us,” said Shawn Martini, the vice-president of advocacy for the Colorado Farm Bureau. “This was not the slam dunk that everybody thought going in.”

Wolf supporters attribute the discrepancy between the CSU survey and actual votes to the pandemic-altered year of campaigning.

“I think it’s pretty clear that 2020 proved out to be an extremely unusual year and a tough year to run a campaign that really required a lot more face-to-face time than we were able to have,” said Rob Edward with the Rocky Mountain Wolf Action Fund, saying the pandemic not only impacted his group’s ability to raise funds, but gave opponents ammunition for their arguments that wolf reintroduction could further strain the state’s COVID-ravaged budget.

Voters not only showed nearly identical support and opposition to wolf reintroduction, but their votes fell along urban-rural lines. The state’s top six most populated counties along the Front Range were among the 13 Colorado counties where a majority of voters approved Proposition 114. Eight of those 13 counties are on the Front Range.

And Wednesday afternoon, it was those Front Range communities that were still counting ballots. Almost a quarter of the ballots were still being counted in Boulder County, where 68% of voters supported Proposition 114, the highest level of support in the state. More than 25% of the votes were outstanding in Denver, where 67% of the voters approved Proposition 114, the second highest in the state. Ballots were still being tallied in rural counties that largely opposed wolves as well, but in much smaller numbers than the urban Front Range communities.

Still, throughout Wednesday afternoon, the gap between the yeas and nays on Proposition 114 shrunk with every update, falling from a high of 10,757 midday to 8,096 by 5 p.m. With each shrinking of the gap between the vote tallies, the number triggering an automatic recount grew closer. But a dump of votes late Wednesday saw the margin grow to almost 13,000.

Opponents of the measure said if the margin between the yes and no votes did not trigger an automatic recount but stayed close, they might ask the Colorado Secretary of State for a recount.

State law says a recount can be requested within 28 days of an election. It has to be paid for by the requesting group and no margin is required. If the recount changes the outcome or changes the tally to the point where it triggers an automatic recount, the costs are refunded.

“It’s actually a pretty easy process, but statewide initiatives are really expensive to recount so it tends to be cost prohibitive for the requester, which is why initiated recounts don’t happen that often,” said Steve Hurlbert with the Colorado Secretary of State’s office.

But either way, opponents think the slimmest of margins on the wolf reintroduction ballot measure should factor into policy discussions should Proposition 114 pass. If wolves land in Colorado based on a few thousands votes, that should factor into discussions with Colorado Parks and Wildlife as the agency crafts a plan for reintroducing the predators to western Colorado, opponents of the measure said.

Fankhauser said the angst over wolves — which dates back centuries in the American West — should be weighed if the measure passes and lawmakers are tasked with funding reintroduction.

“I think this election shows the need to make decisions on sound science, not emotions,” he said.

Martini said his farm bureau would work with the legislature and Colorado Parks and Wildlife “to make sure they have a strong sense of just how strong opposition was going into this.”

Edward said wolf supporters are well aware of the hackles raised by wolves, which were hunted to near extinction in the early 1900s, mostly by ranchers protecting livestock.

“Even if we had won by a 20-point margin, we know that when we go to the other side, there would be a lot of hard conversations about how to go forward,” Edward said. “That fact that it happens to be a slimmer margin, eh, whatever. The fact is this is an up or down vote and if the people of Colorado say they want wolves, we need to get all sides into the conversation and start building a science-based plan and working with the public and getting wolves on the ground.”