WE CAUGHT THEM: Matt Crane, Critic of TGP’s Article on Obvious Questions of the 2020 Election Results in Colorado, Was Not Forthright – Turns Out His Wife Worked for Dominion and Sequoia for Over a Decade 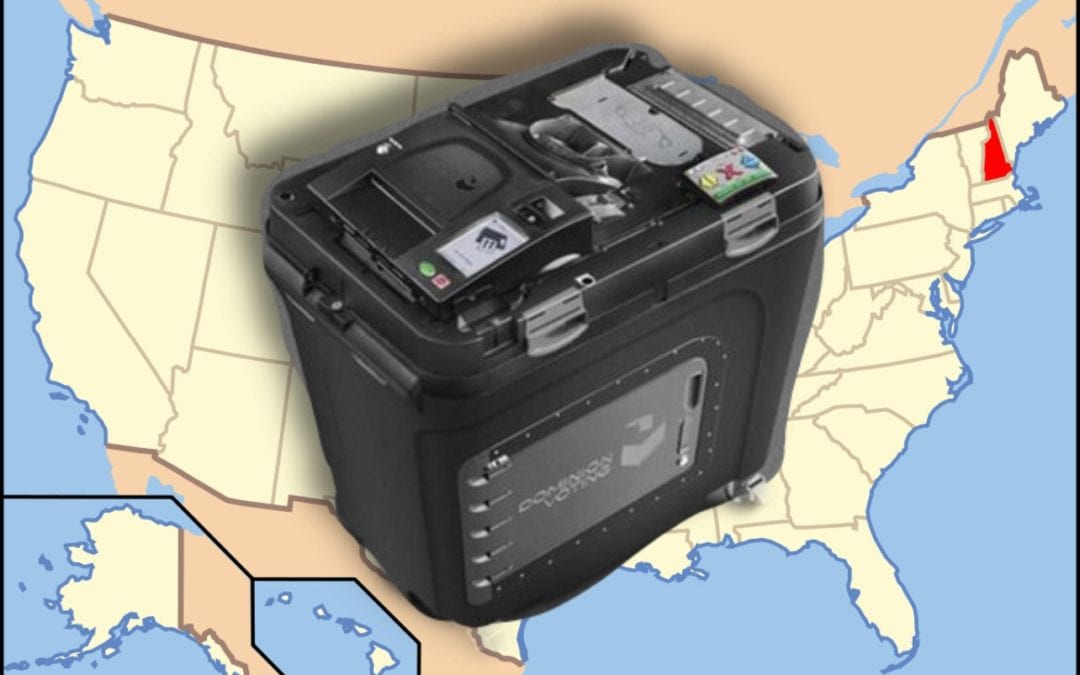 What do you know?  It turns out a critic of TGP’s article on the obvious questionable election results in Colorado neglected to disclose that his wife worked for Sequoia and Dominion Voting Machines for more than a decade.

We reported ten days ago on the suspect and questionable results in Colorado in the 2020 election.

One individual by the name of Matt Crane claimed to be a “strong conservative and very proud republican” in an email to top Republicans.  He challenged our report but never reached out to us.  He did, however, have the gall to reach out to state Republicans and disparage our report.  One of those who received his email provided it to us.   We responded to Crane’s email in an article yesterday.

We weren’t really sure why a ‘conservative and very proud republican’ (as Crane referred to himself) would write the email Crane sent out.  We mentioned this in our post and provided in our rebuttal three things never addressed by Crane:

Well, overnight we discovered that there is more to this Matt Crane individual.  He was the former Clerk and Recorder in Arapahoe County.  We located support for this in various articles, even one report that mentions the woman who took his job:

Arapahoe County Clerk and Recorder Joan Lopez had no elections experience prior to being elected clerk. And it’s showing — frequently — in ways that should make every resident question her ability to fulfill her duties.

The article goes on to mention how the new Clerk and Recorder blocked individuals on Twitter:

Ms. Lisa Flanagan-Crane, Matt Crane’s wife, claims on her Linked-In profile that she worked for Sequoia and Dominion:

We also know that Ms. Flanagan-Crane worked with Eric Coomer at Dominion and were both named on the Dominion proposal with Colorado in 2015 that was removed from the Colorado Secretary of State’s site after the 2020 election and before the election was certified:

Product Specialist – Lisa Flanagan-Crane“
Lisa is based out of Colorado and has worked in Elections Administration for 16 years. During that time, Lisa has been Project Manager of Voting System installations for multiple Colorado counties, provided software/hardware training and election judge training for customers, produced and printed Op-Tech ballots, provided support for Logic and Accuracy Testing, Public Tests, hardware preventative maintenance and supported customers in voter registration. Previous to Dominion/Sequoia, Lisa worked for the Colorado Department of State and Arapahoe County. While working in the Colorado Secretary of State Office, Lisa helped with upgrading 19 counties to a Windows based Voter Registration System, trained staff from each county, and ran the help desk. Lisa has visited over 25 election offices around the state, understands Colorado Election Law, and has worked hard to build an outstanding reputation for customer service. Lisa has provided election support to jurisdictions in Arizona, California, Colorado, Illinois, Nevada, New Jersey, New Mexico, and Pennsylvania.

Director, Product Strategy – Eric Coomer“
Eric Coomer graduated from the University of California, Berkeley in 1997 with a Ph.D. in Nuclear Physics. After working in IT consulting for several years, Eric entered the elections industry in 2005 with Sequoia Voting Systems as Chief Software Architect. After three years with the company, Eric took over all development operations as Vice President of Engineering. When Sequoia was acquired by Dominion Voting Systems in 2010, Eric joined the DVS team as Vice President of US Engineering overseeing development in the Denver, Colorado office. Recently, Eric has taken over as the Director of Product Strategy driving the creation of next generation products through close collaboration with customers, combined with a deep understanding of technology and the needs of Elections departments throughout the United States and abroad. Eric has been an active participant in the development of the IEEE common data format for Elections systems, as well as the working group for developing standards for Risk-Limiting Audits for elections results. When not designing new products, Eric supports large and small scale customers during Election season.
Lots of questions.  But we have some answers too.

We do know Matt Crane is not an unbiased “strong conservative and a very proud republican”.  (His wife worked for Dominion.) We also know that when he wrote about us as “actively trying to mislead people” he was projecting on us what he himself was actively trying to do.