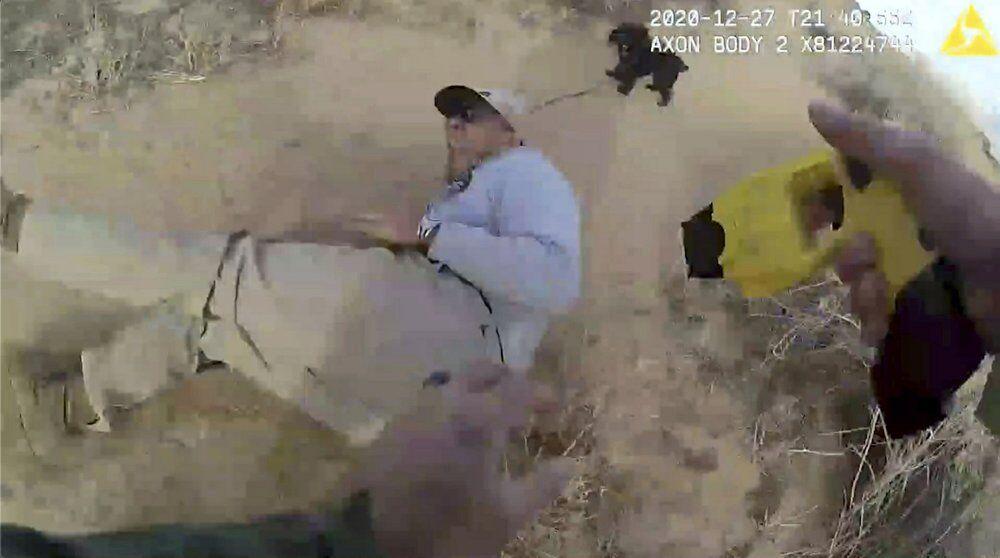 ALBUQUERQUE, N.M. (AP) — A National Park Service ranger used a stun gun on a man who identifies as Native American after trying repeatedly to defuse a confrontation on federal land in New Mexico, according to an internal investigation released Friday.

Video of the Dec. 27 run-in drew outcry from Indigenous activists as it showed a ranger at the Petroglyph National Monument asking Darrell House for identification. Authorities said House, who identifies as Navajo and Oneida, was seen climbing on petroglyph cliff features off-trail in violation of park rules.

The agency determined that the ranger’s actions were consistent with policy and appropriate given the circumstances. It also said Park Service officials met with local Indigenous leaders and others as part of an effort to strengthen cultural awareness at the monument and in the broader community.

“The National Park Service remains committed to respecting the rights and dignity of every individual. This incident provided a learning experience for us to build on how we incorporate tribal and pueblo perspectives in our everyday work,” Park Service Regional Director Mike Reynolds said in a statement.

In video that House shared on social media, the ranger asked for his identification and House responded that he was back on the trail and didn’t need to provide his ID.

The ranger told House that he was refusing a lawful order and would have to be detained until he could be identified. House walked away as the ranger told him to stop. House picked up his dog in one hand and lifted his cellphone in the other and began yelling for help as he was Tased.

The video shows him screaming and rolling on the ground. The ranger repeatedly asks for him to put his hands behind his back as House raises his hands and at times folds them in front of his chest while calling for help.

The Park Service had released a portion of the ranger’s body camera footage showing what led up to the incident. It released more video Friday.

It shows the ranger telling House that Native American tribes from the area consider Petroglyph National Monument sacred and that visitors are supposed to stay on designated trails to preserve cultural resources and allow desert vegetation to recover. The video also showed House giving the ranger a fake name and trying to walk away.

House was cited for interfering with agency functions, concealing his identity and being off-trail. He’s due in court later this month.

House has not returned messages from The Associated Press. In social media posts at the time, he said he went to the monument to meditate. More recent posts focus on his artwork, criticism of law enforcement and the push by Native American tribes to regain their ancestral homelands.

Reynolds said the Park Service will be working with New Mexico’s Indigenous communities to better coordinate use of the area for ceremonial and religious purposes. That includes a plan to strengthen protection of cultural resources found in the park through a designated trail system.

Agency staff recently met with the Ancestral Lands Conservation Corps about opportunities for tribal work crews, youth and families to be incorporated in park programming and projects.

The Park Service said it also sought cultural awareness training for employees and guidance from the Indian Pueblo Cultural Center.