(Update): FMCSA likely to grant Hours of Service waiver for all of the US 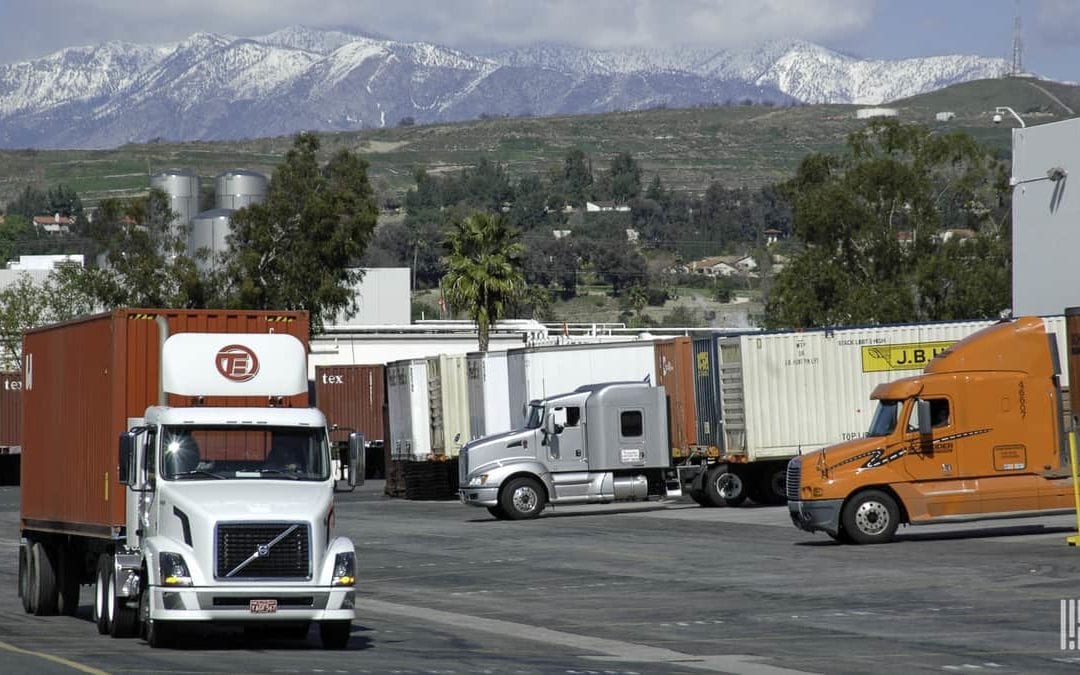 (Adding information on state waivers from John Gallagher contributed to this story.)

An emergency proclamation suspending an undefined part of the Hours of Service (HOS) rules through the entire U.S. is expected to be granted by the Federal Motor Carrier Safety Administration (FMCSA), according to the American Trucking Associations (ATA).

The federal waiver would come as HOS rules were falling over the past two days in a number of states. The waivers on the state level were wide-ranging and spread across the country. Waivers in Arkansas, Colorado, Delaware, Hawaii, Kentucky, New York, North Carolina, Ohio and Virginia were confirmed by FreightWaves. A request was confirmed in Nevada.

“We understand that FMCSA will be issuing an emergency proclamation suspending federal hours-of-service (HOS) regulations for operations engaged in emergency relief related to COVID-19,” ATA vice president for safety policy Dan Horvath said in a note to its members. “We expect FMCSA to post the specific criteria of this proclamation on their website, including clarifying information about the types of loads and work covered.”

That note was the second one of the day sent by ATA. Not long before that, the ATA had said in a note that FMCSA had issued the rule suspending HOS for interstate operations. But that was quickly preempted by a second note saying that such a rule was expected.

FMCSA was not immediately available for comment. But in the note, Horvath said carriers and drivers “remain responsible for ensuring that drivers are receiving sufficient rest and are not operating fatigued.”

A DOT official was not able to confirm an official release of a waiver.

The probability of a national waiver comes following the declaration of a national emergency by President Trump. Emergency orders are put in place on a short-term basis in weather-related situations for specific states or regions, usually following blizzards or hurricanes and are specific to emergency relief supplies and equipment, and will sometimes specify what can be carried, for example, food, water, propane and/or heavy equipment.

Emergency orders do not exempt drivers from requirements relating to CDL, drug/alcohol, hazardous materials, size and weight or state/federal registration and tax requirements.

FMCSA will also typically advise drivers to print out a copy of the emergency order and keep it with them if that they can provide roadside enforcement to show that they’re operating under an emergency exemption.

An expected waiver on the federal level and those in place in the states comes as capacity is tightening and demand for trucking is soaring, as shown in the Outbound Tender Volume Index from FreightWaves SONAR. Demand for simple goods like toilet paper all the way up to sophisticated products like medical devices is straining the trucking sector.

An official with one state trucking association noted that its state’s limitations on what it could carry did include medical equipment and consumer goods. That would cover a lot, but presumably wouldn’t apply to something like a flatbed hauling industrial equipment. Whether the definition of “emergency relief” in the FMCSA rule is narrow or broad will need to be determined by the specifics in the waiver.

As Paul Enos, president of the Nevada Trucking Association said in his letter requesting a waiver from the governor of Nevada: “One carrier who delivers dry goods to a major grocery store chain in southern Nevada, Utah and northern Arizona has seen a 20% increase this week. Retailers have gone through a month and half of inventory in four days.”

Enos cited rising detention times as a key reason for a waiver to be needed. Citing SONAR data, Enos told FreightWaves that detention times “are close to their highest annual levels” as trucks encounter docks operating at capacity to resupply medical and consumer supply chains.

Information obtained about the state waivers varies. For example, Shannon Newton, the president of the Arkansas Trucking Association, said her state’s emergency order granting an HOS waiver was for a 30-day period. Although it wasn’t for all goods hauled by trucks, the freight it covered was fairly sweeping, she said. It covered “essential items of commerce,” and that included groceries, pharmaceutical goods, medical equipment, commodities and livestock.

Newton said that unlike Nevada, the Arkansas Trucking Association did not request the waiver. “The need is known and the governor (Asa Hutchinson) has the authority to declare an emergency and waive the rules,” she said. “We knew it was coming because they reached out to us.”

Newton and other state trucking association officials contacted by FreightWaves said the leaders of the various state organizations had all been in touch with each other through email contact as they sought their respective waivers.

Thomas Balzer, president of the Ohio Trucking Association, reflected the view that warehouses and backups at the distribution centers are the biggest problem facing the supply chains now. “The entire system is getting taxed so warehouses will have higher wait times than normal, I’m sure,” he said.

A widely circulated picture on Facebook Friday showed a massive line of trucks purportedly waiting to get into a Procter & Gamble plant in Pennsylvania. The plant in Mehoopany was described by P&G as the company’s biggest manufacturing site in the U.S., making Bounty Paper Towels, Bounty Napkins and the most prized possession in the U.S. today: Charmin Toilet Paper.