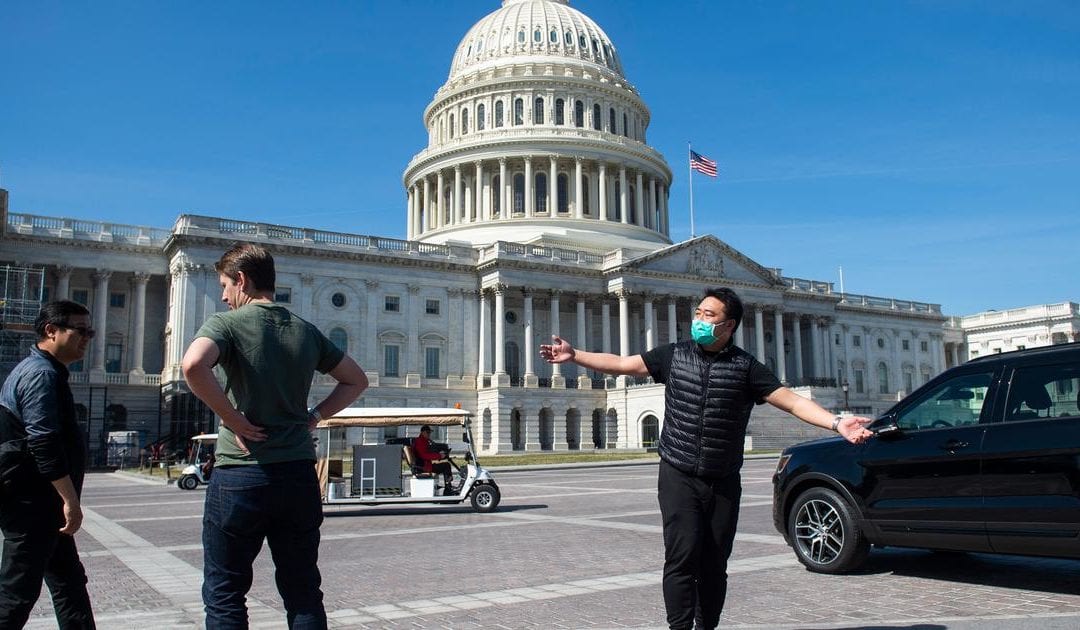 Washington — The U.S. Capitol and House and Senate office buildings are closing their doors to the public until April as the federal government ramps up its efforts to combat the spread of the coronavirus.

The sergeants at arms of both chambers announced Thursday that the Capitol Visitor Center will be temporarily closed to all tours. Additionally, access to the Capitol and the House and Senate office buildings, where members have their personal offices, will only be accessible to lawmakers, staff, credentialed members of the press and visitors on official business.

The closures are set to begin at 5 p.m. Thursday and last until at least April 1.

“We are taking this temporary action out of concern for the health and safety of congressional employees as well as the public,” House Sergeant at Arms Paul Irving and Senate Sergeant at Arms Michael Stenger said in a joint statement. “We appreciate the understanding of those with planned visits interrupted by this necessary, but prudent visit.”

In addition to restricting access to the U.S. Capitol complex, a growing number of lawmakers have instructed their staff to work from home after an aide for Democratic Senator Maria Cantwell of Washington tested positive for the coronavirus.

GOP Senator Mitt Romney of Utah told staffers to “work from home for now as a preventative measure” while the senator will maintain a regular schedule. Republican Senator Tom Cotton of Arkansas announced Thursday his Washington, D.C., office will be closed.

“An aide in another Senate office has tested positive for the Wuhan coronavirus; other congressional employees are likely to test positive in the days ahead,” he said in a statement. “The most sensible course of action for the public and the congressional workforce under the circumstances is for my staff to telecommute.”

Republican Senator Ted Cruz, who has been under self-quarantine after interacting with someone who had tested positive nearly two weeks ago, also announced the closure of his D.C. office. Cruz “feels healthy and is at home in Texas,” according to his office.

Senator Rick Scott, a Republican from Florida, said that “out of an abundance of caution and to promote social distancing,” his office will start teleworking.

Senator Sherrod Brown also announced he was “temporarily closing his Washington D.C. office,” and he and his staff will be working remotely.

There are more than 1,300 cases of the coronavirus confirmed in the U.S., leading public health officials to begin barring large gatherings and close schools. In Washington, D.C., the White House and the Pentagon have temporarily stopped public tours and President Trump canceled upcoming trips to Nevada and Colorado.

Mr. Trump announced Wednesday that foreign nationals from 26 European countries would be restricted from entering the U.S. Ireland and the United Kingdom are exempt from the restrictions.

Lawmakers in both the House and the Senate are scheduled to return to their districts for a week-long recess beginning Friday, but are scrambling to pass a legislative package designed to mitigate the economic impacts of the coronavirus outbreak. Republican Senator Ben Sasse of Nebraska called on Majority Leader Mitch McConnell to cancel the recess to address the crisis on Thursday.