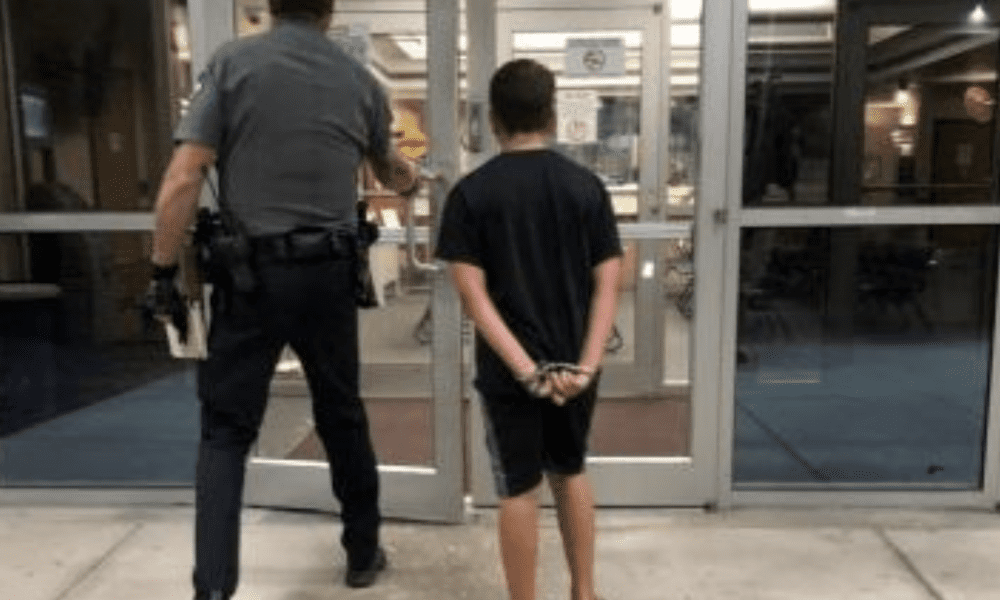 COLORADO SPRINGS – A Fort Carson family wants to share their story with others after their 10-year-old son was arrested and charged with Felony Menacing, a Class 5 felony, which has since been expunged.

“They came back over, told me my rights, and told me what was going to happen. They put handcuffs on me, and I got into the car,” 10-year-old Gavin Carpenter said.

The incident happened in July of 2019.

FOX21 exclusively interviewed the 10-year-old. Gavin said he and a friend were playing outside with toys near N. Powers Blvd and Constitution Ave. He said they were playing a version of the video game Fortnite.

“The toy bow was an orange Nerf bow. It didn’t work. Nothing could shoot out of it. Nothing would come out of it. The weapon, well toy I had, had an orange tip. It was also broken and couldn’t shoot anything out of it,” Gavin said.

Gavin stated they pretended to shoot at about 5 to 10 cars until one man stopped. He said he and his friend ran to his friend’s grandparents’ house.

“He slammed his breaks and started reversing as fast as he could,” Gavin said. “He came up and started getting very heated and was very mad. I was at the time, very scared.”

The man called the police. According to the Carpenter family, El Paso County Sheriff’s deputies arrived and arrested both Gavin and his friend. He was handcuffed and taken to the Colorado Springs Police Department for mugshots and fingerprinting.

“I told them I had no intention to have scared them or have any threat to their life,” Gavin said.

Gavin’s parents, Chris and Stephanie, followed the cars to the police station. They said that night Gavin wasn’t released until 10:30 p.m.

They immediately hired an attorney to help get the charge expunged from Gavin’s record. They were set a court date, and when they arrived, they were taken to a separate room instead of seeing a judge.

“It was just a hard no, that the District Attorney wasn’t going to throw this out,” Gavin’s father Chris said. “That is when we moved into the diversion program.”