Tuesday’s Primaries: 5 Races To Watch In Colorado, Utah And Oklahoma 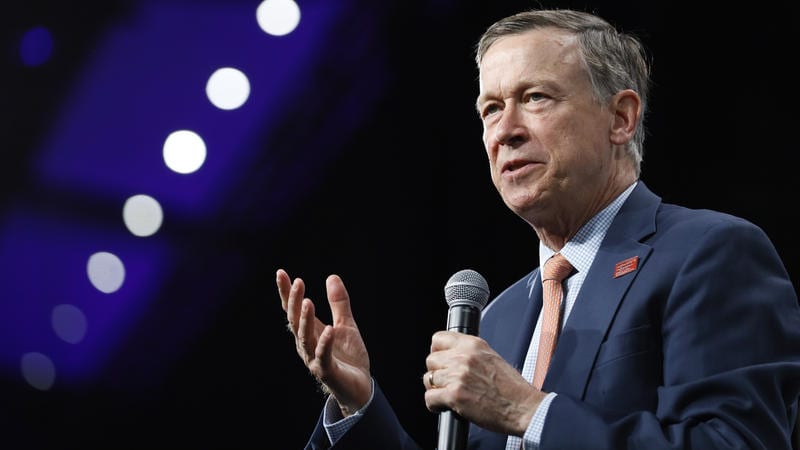 A progressive shift underway in Colorado Democratic politics is spotlighted Tuesday in the primary for a U.S. Senate race that will likely help decide control of the chamber.

The contest between former Gov. John Hickenlooper and former state House Speaker Andrew Romanoff is the marquee race on Tuesday, but other themes are at play elsewhere, as voters also head to the polls in Utah and Oklahoma:

Here are five races to watch in the three states:

Colorado’s shift left in the past several elections has given Democrats hope of taking over this seat from incumbent Republican Sen. Cory Gardner. It’s one of the most critical states to Democrats’ hopes of regaining control of the Senate.

Democrats thought they had a better-than-even-money chance of winning when Hickenlooper entered the race. But the centrist Democrat has hit a primary stumbling block against Romanoff.

Romanoff has embraced the populist left, supporting cornerstone progressive policies like Medicare for All and the Green New Deal, issues Hickenlooper disagrees with. That combined with Colorado’s Democratic political shift from more moderate to progressive and multiple Hickenlooper miscues have made this a tighter race than most thought it would be.

Hickenlooper has the lead in polling and fundraising, but Colorado’s Independent Ethics Commission announced in early June that the former governor had violated the state’s ethics law for accepting large gifts from corporations in 2018. And he has faced criticism on race. He mistakenly said George Floyd was fatally shot by police, rather than as a result of an officer’s knee on his neck. And he said the Black Lives Matter movement meant “every life matters,” an answer he walked back afterward.

But Romanoff is no shoo-in either. He’s lost races before, and Republicans think he’d be the easier opponent against Gardner, who has tacked to the center.

Republican Rep. Scott Tipton, who’s held his seat for just under a decade, is facing a primary challenge from businesswoman Lauren Boebert, a more extreme cultural conservative who entertains the QAnon conspiracy theory and owns a restaurant where the servers are allowed to openly carry guns.

Boebert has criticized Tipton for supporting bipartisan legislation, including the first coronavirus aid bill, the CARES Act. That said, Tipton has President Trump’s backing and maintains a steep fundraising lead over Boebert heading into Tuesday’s contest.

Two Democrats are also competing for Tipton’s seat — former state Rep. Diane Mitsch Bush, who is looking for a rematch against Tipton, and businessman James Iacino — though the district is expected to remain Republican. Trump won this district by 12 points in 2016.

Former Utah Gov. and U.S. Ambassador to Russia Jon Huntsman walks at the Kremlin in Moscow in 2017. He’s trying to win back the governorship.
Pavel Golovkin / AFP via Getty Images

The Republican primary, which will likely decide the governorship, is a close one. And former Gov. Huntsman is looking to make a comeback. But he faces current Lt. Gov. Spencer Cox. A recent Salt Lake Chamber survey found the race a statistical dead heat, with Cox ahead 30% to 29%. Also on the ballot are former state House Speaker Greg Hughes and former state Republican party Chair Thomas Wright. Cox is currently leading Utah’s COVID-19 task force and is facing criticism from the other candidates for the level of precaution he’s taken, something he stands by.

Four GOP challengers are competing here with the goal of taking on Democratic Rep. Ben McAdams this fall. McAdams was elected in 2018 by a razor-thin margin and is the only Democrat representing Utah on the federal level. The Republicans running range from moderate to more conservative, and all significantly trail their Democratic opponent in fundraising. Former NFL player Burgess Owens led in a May poll and maintains a slight fundraising edge among his Republican opponents.

The primary comes just three months after McAdams announced that he had tested positive for COVID-19 and went on to experience severe symptoms. “I’m young; I’m 45 years old; I’m healthy; I exercise every day, and it hit me really hard,” he said in an April interview after recovering.

This is a right-leaning district, but Trump’s unpopularity in Utah, and with Mormons in particular, means the Republican who emerges from the primary won’t be able to ride this president’s coattails the way he or shee might with a more traditional Republican at the top of the ticket. Even though Trump won this district by 7 points in 2016, McAdams is still the favorite.

After winning her seat in 2018 by just over 1 percentage point, Democratic Rep. Kendra Horn faces a tough reelection campaign and is one of Republicans’ top targets. The district has historically been Republican-held with Horn’s win being the first Democratic victory in decades. Horn does have a large fundraising lead compared to her Republican opponents, raising more than $3 million.

State Sen. Stephanie Bice holds the highest fundraising out of the Republicans, raising more than $1 million. Bice has been endorsed by rising GOP Rep. Elise Stefanik, who received national attention for her role pushing back against Democrats during the impeachment inquiry. But Bice is facing some opposition from at least one fiscal conservative group. She was outraged at an ad from the Club for Growth attacking her for voting for a tax increase, but that ad showed her picture on screen with convicted rapist Harvey Weinstein, who, the ad claims, benefited from her policies.