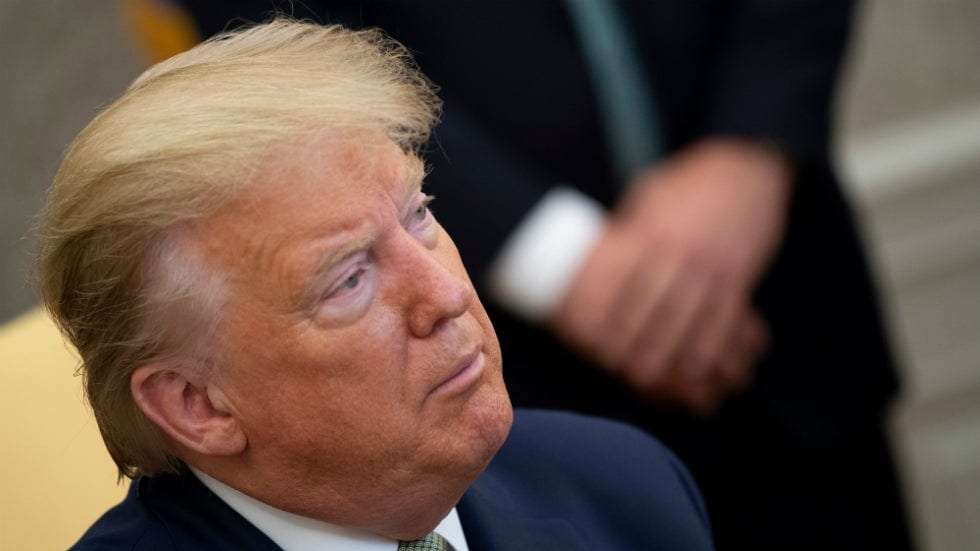 Donald John TrumpThe Hill’s Morning Report – Trump takes unexpected step to stem coronavirus Democrats start hinting Sanders should drop out Coronavirus disrupts presidential campaigns said Thursday he isn’t concerned by reports that an aide to Brazilian President Jair Bolsonaro, who was part of a delegation that met with Trump in Florida over the weekend, tested positive for the novel coronavirus.

“Let’s put it this way, I’m not concerned,” Trump told reporters in the Oval Office when asked about the developments on Thursday during a meeting with Irish Prime Minister Leo Varadkar.

Just before Trump’s meeting with Varadkar, news surfaced that a press aide to Bolsonaro had tested positive for the coronavirus and that the Brazilian leader is now being monitored and tested. The press aide participated in meetings with Trump at his Mar-a-Lago beach club in Palm Beach, Fla., on Saturday.

Trump said Thursday that he knew of the reports but that he wasn’t alarmed.

“I did hear something about that. We had dinner together in Florida at Mar-a-Lago with the entire delegation,” Trump said. “I don’t know if the press aide was there. If he was there, he was there. But, we did nothing very unusual. We sat next to each other for a period of time, had a great conversation.”

The White House said earlier this week that Trump had not been tested for the virus, noting he has had no “prolonged close contact” with anyone confirmed to have contracted COVID-19 and was exhibiting no symptoms.

Stephanie GrishamTrump travel to Nevada, Colorado called off due to coronavirus Top Trump officials adopt more urgent tone as coronavirus spreads Supreme Court allows Trump to enforce ‘Remain in Mexico’ policy said in a statement later Thursday that Trump and Vice President Pence had “almost no interactions” with the Brazilian official who reportedly tested positive “and do not require being tested at this time.”

“The White House Medical Unit and the United States Secret Service has been working closely with various agencies to ensure every precaution is taken to keep the First & Second Families, and all White House staff healthy,” Grisham said.

“To reiterate [Centers for Disease Control and Prevention] guidelines, there is currently no indication to test patients without symptoms, and only people with prolonged close exposure to confirmed positive cases should self-quarantine.”

Trump in recent days also came in contact with individuals who later self-quarantined because they made contact with an attendee of the Conservative Political Action Committee who tested positive for the virus. Trump said Tuesday he saw no reason to be tested for the virus and felt “extremely good,” noting that is following the advice of the White House physician.