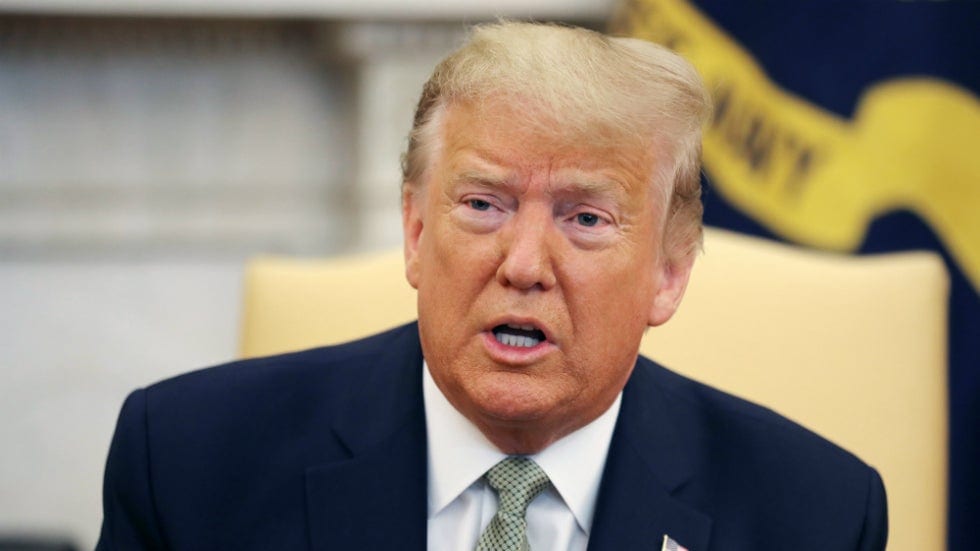 Asked about his plans for future campaign rallies, Trump told reporters in the Oval Office that his reelection campaign had decided against holding rallies in Nevada and elsewhere and that he was leaning toward canceling plans to hold a rally in Tampa, Fla., later this month.

“We have a big one in Tampa, all sold out, we had over 100,000 requests for tickets, but I think we’ll probably not do it because people would say it’s better to not do,” Trump said during a meeting with Irish Prime Minister Leo Varadkar.

“We need a little separation until such time as this goes away. It’s going to go away,” Trump added.

The Trump campaign has not formally announced a rally in Tampa — campaign officials typically wait until shortly before such events to formally announce them — but the president said it had been planned for March 25.

“We’ll be making a decision at the appropriate time,” Trump said Thursday. “I’m not going to do it if I think it’s going to be negative at all.”

The president noted that he doesn’t want to see the number of deaths due to coronavirus rise in the United States; currently at least 37 people have died from the disease in the U.S.

The remarks represented a shift from Trump’s remarks two weeks ago, when the president said he believed it was safe to hold campaign rallies during the outbreak. The number of cases of COVID-19 in the U.S. have dramatically increased since then, exceeding 1,300 as of Thursday afternoon.

Trump on Wednesday night announced he would restrict travel from most of Europe in an effort to prevent the spread of the virus. Meanwhile, state and local officials in various parts of the country have taken steps to limit large gatherings amid the outbreak.

Trump had canceled a planned trip to Nevada and Colorado scheduled for this weekend where he was expected to attend fundraisers. The White House said it was done out of an abundance of caution due to the coronavirus. Trump’s campaign also postponed a “Catholics for Trump” event planned for next week.

Vice President Pence told reporters at the White House on Tuesday that any decisions to suspend campaign activities would be made “literally on a day-to-day basis.”