Trump says he will ‘most likely’ be tested for coronavirus 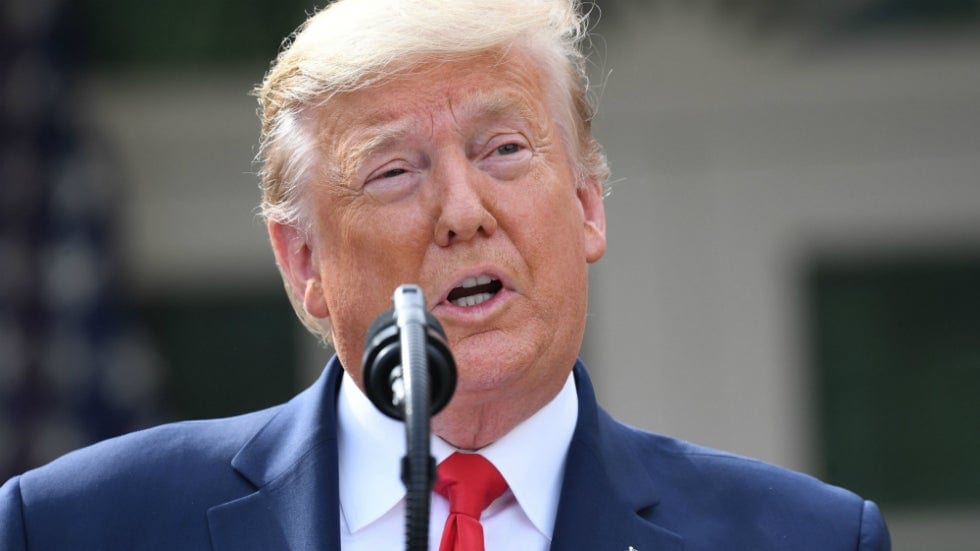 Trump’s remarks came during a news conference in the Rose Garden where he declared a national emergency over the spreading virus. The president insisted he was not being tested because he had been in contact with an individual who had since tested positive for the virus.

“Most likely, yes,” Trump told a reporter during an exchange about his recent contact with a Brazilian official who later tested positive for the virus. “Not for that reason, but because I think I will do it anyway.”

The president’s remarks came a day after the White House said that Trump would not be tested for the virus after news of the Brazilian official testing positive, saying Trump had “almost no interactions” with the individual and didn’t require testing.

Trump was asked Friday by a reporter whether Americans should listen to their doctors or the advice of Anthony Fauci, head of the National Institute of Allergy and Infectious Diseases, who said Americans who have contact with an infected individual should self-isolate and get a test.

“I think they have to listen to their doctors and I think they shouldn’t be jumping to get the test unless it’s necessary,” Trump replied.

The reporter asked Trump if he was being “selfish” by not getting tested, and he responded by saying he would likely get the test.

Trump also sought to downplay his interaction with the press aide to Brazilian President Jair Bolsonaro at Trump’s Mar-a-Lago beach resort in Palm Beach, Fla., over the weekend, saying he hadn’t seen the photo of himself and the individual.

“That night, I was taking hundreds of pictures,” Trump said during an earlier exchange with a reporter about the matter.

Trump was also asked about the developments on Thursday and said he wasn’t concerned about reports that the Brazilian official had tested positive for the virus. The White House later said that he and Vice President Pence would not be tested.

“As stated before, the White House Medical Unit and the United States Secret Service has been working closely with various agencies to ensure every precaution is taken to keep the First & Second Families, and all White House staff healthy,” White House press secretary Stephanie Grisham

Stephanie GrishamCoronavirus changes business as usual at White House Trump says he’s not concerned by contact with Brazilian coronavirus patient Trump travel to Nevada, Colorado called off due to coronavirus said in a statement Thursday.

“To reiterate CDC guidelines, there is currently no indication to test patients without symptoms, and only people with prolonged close exposure to confirmed positive cases should self-quarantine,” Grisham continued. “We are monitoring the situation closely and will update everyone as we get more information.”