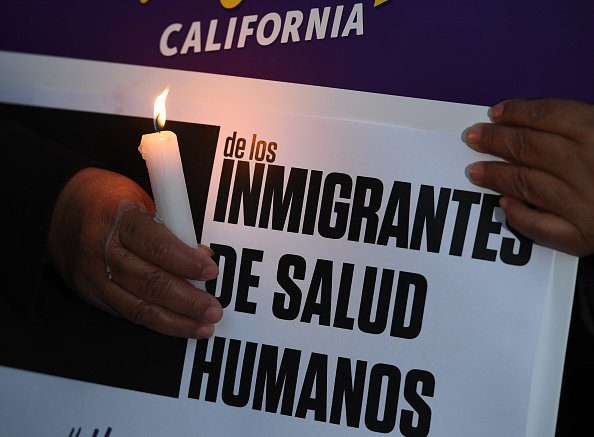 The Trump administration is coming under fire from non-English-speaking communities for allegedly not providing timely and detailed coronavirus information.

While the Center for Disease Control and Prevention does have Spanish and Simplified Chinese translations on the  main COVID-19 website, many of the resources included on the English-language site are not available. And a delay in offering Spanish translations of the federal government’s public service announcements has added to concerns by communities that do not speak English, The Hill reported.

“Our federal government has a responsibility to ensure that everyone in our communities — whether they speak English, Spanish, or any other language — has access to the same public health information on the coronavirus crisis,” Rep. Joaquín Castro said.

“It is unacceptable that the Trump Administration is falling behind in distributing translations of critical life-saving guidance in other languages commonly used in the United States beyond English,” the Texas Democrat and chairman of the Congressional Hispanic Caucus told The Hill in an email.

According to The Hill:

The White House and the CDC on Monday produced a set of coronavirus guidelines asking Americans to avoid gatherings of more than 10 people and to stay in their homes as much as possible for at least 15 days. It wasn’t until Tuesday — after Bold PAC, the fundraising arm of the CHC, took it upon itself to translate the materials — that the White House released a Spanish-language version of those guidelines.

As of Sunday afternoon, the White House only had guidelines up in Spanish and Simplified Chinese, in addition to English, despite calls for resources in dozens of other languages.

“There is no excuse for his administration failing to provide public health recommendations in Spanish at the same time the information was made available in English on the CDC and White House websites,” Rep Tony Cardenas, California Democrat and chairman of Bold PAC, said.

“At the very least you could do the top five languages spoken by those who are of limited English proficiency, which are Spanish, Chinese, Korean, Vietnamese and Tagalog,” Democratic Rep. Judy Chu of California, chairwoman of the Congressional Asian Pacific American Caucus, said.

“We need to have a Tri-Caucus push on this,” she told The Hill on Friday, referring to the Tri-Caucus — the CHC, CAPAC and the Congressional Black Caucus, and pressing for the issue to be the third coronavirus stimulus bill.

“I believe we could do better because I was shocked, I passed by some of the stores, so many people in close proximity to each other, in direct contradiction to what the CDC and World Health Organization (WHO) have been sharing,” Marleine Bastien, executive director of Family Action Network Movement, said, pointing out the lack of  coronavirus public service announcements in Haitian Creole.

“In terms of Creole, it is really shocking to me because Haitian-Americans are the third biggest group in Miami-Dade County,” Bastien said. “It’s about inclusion, it’s about safety, it’s about making sure we all get the same message in a language we’re comfortable with.”

FEMA is reportedly adapting its language plan in order to address the coronavirus emergency, an official with the agency told The Hill on Sunday.

Immigrant rights groups in Colorado are expressing concerns in the state where more than one fifth of the population is Latino, according to the Denver Post.

“They’re scared,” Paula Scheidegger, a nurse and Columbian immigrant, said. “There’s mixed information, and they don’t know where to go.”

Gov. Jared Polis’ spokesperson indicated that they would welcome help in communicating to non-English speaking residents of the state.

“The governor’s priority right now is to continue to keep all Coloradans safe and healthy no matter what language they speak,” Conor Cahill said, according to the Denver Post. “And in order to do that, we need to communicate to all Coloradans across the state in a swift and timely manner and keep them up to date with the latest information.”