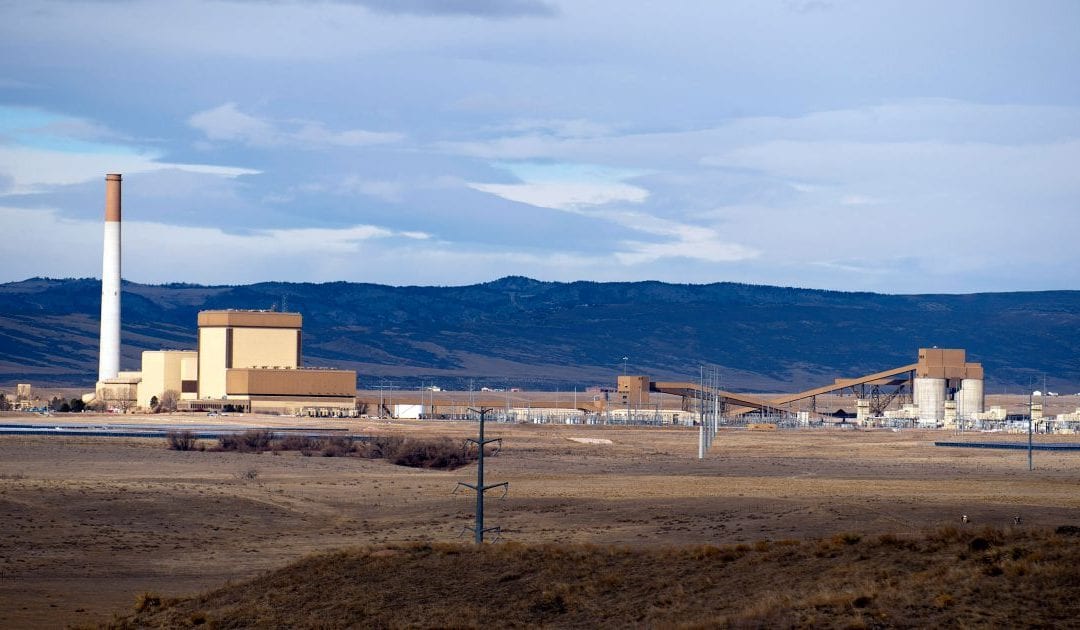 Tri-State, Xcel and Platte River Power had the closures slated for 2030. But Colorado air quality regulators say it must be done earlier to meet greenhouse gas targets.

The operators of the three plants had all said they would voluntarily close their units by 2030, but the Air Quality Control Commission, in a preliminary decision, mandated that they close by the end of 2028. A final vote will take place in December.

“The commission decision was significant,” said Michael Hiatt, an attorney with the environmental law group Earthjustice. “The benefits are going to be big — cleaner air, saving Coloradans money and helping to meet the 2030 greenhouse gas goals.”

The proposal to speed the closures came from the Sierra Club and the National Parks Conservation Association, which also wanted the commission to order the closure of two units at Xcel Energy’s Hayden Generating Station in Routt County, which is not slated for final closure until 2036.

The commissioners, however, said they did not have enough information to rule on Hayden and asked the state Air Pollution Control Division to come back with more data with the goal of seeking an earlier closure.

The order was made under the federal Clean Air Act’s Regional Haze Rule, which aims to improve visibility at 156 national parks and wilderness areas, including Rocky Mountain National Park.

The AQCC is also responsible under House Bill 1261 to oversee the reduction of greenhouse gases and meet targets, including a 30% reduction in emissions from 2005 levels by 2030. Friday’s action also addressed these targets.

Commissioner Jana Milford noted that even with the closure order, the plants “will be operating for some eight years, and some of these are quite large in their greenhouse gas emissions and other pollutants.”

“The commission lacks the authority to order closures,” James Sanderson, an attorney for the Platte River Power Authority, said in rebuttal testimony. “Closure is not a tool or a control measure … It is not a pathway the commission can take.”

Tri-State CEO Duane Highley, said in a statement that the “accelerated plant closures were unnecessary to achieve visibility goals.” He said the company is reviewing the AQCC decision.

“We’ve mashed up this notion of what’s necessary for regional haze versus what might be useful or necessary to meet greenhouse gas goals,” Jon Bloomberg, Xcel’s counsel, told the commissioners. “It is important to keep those two concepts in our minds, because this is a regional-haze proceeding.”

Under the Clean Air Act, to count toward reducing haze-causing pollutants, actions must be required, not just voluntary, and the Air Pollution Control Division staff had recommended that the announced voluntary closure dates on 11 coal-fired units ranging from 2023 to 2036 be added to the plan.

The environment groups pressed for earlier closures for the five units at Craig, Rawhide, Martin Drake and Hayden.

“If the commission is ever going to achieve its mandate under the regional haze program to eliminate visibility impairment in Colorado national parks and if it is ever going to meet its 2030 greenhouse gas reduction goals, it is simply going to have to do more than rubber stamp voluntary industry proposals,” Hiatt told the commission.

The environmental groups also contend that the closing of the aging and inefficient coal-fired plants, which are more expensive to run than wind and solar facilities, will save the utilities and their customers money.

PacifiCorp, which provides power to customers in six western states, is a partial owner of the Xcel-operated Hayden plant and calculated that closing it would save the utility $81 million.

A study done for Sierra Club by Strategen Consulting estimated that closing Hayden and Craig, of which Xcel has partial ownership, and replacing the power with wind or solar would save the utility between $148 million and $156 million.

In 2017, electricity generation released 33 million metric tons of carbon dioxide-equivalent emissions, about 25% of Colorado’s total greenhouse gas emissions. Coal-fired plants accounted for about 88% of the electricity sector emissions, according to the Center for Climate Strategies.

Two of the largest greenhouse gas emitters, Xcel Energy’s Pawnee Station and its Comanche 3 unit, which has been out of service all year due to an accident, were not part of the coal plant closures outlined by the Air Pollution Control Division.