This Week In History: City street lighting system is declared to be inefficient 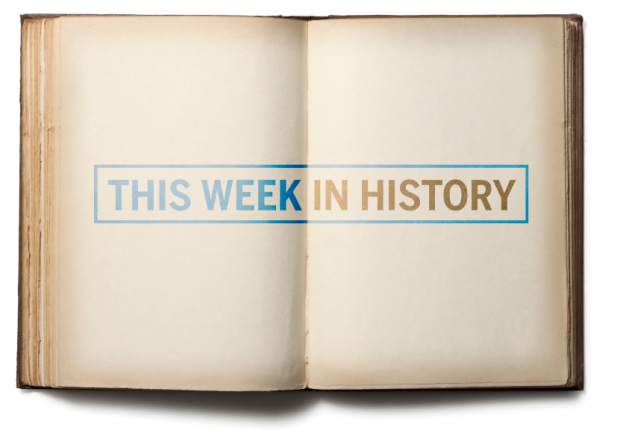 According to opinions expressed by citizens of Breckenridge, the city is paying a very inefficient street lighting service furnished by the electric lighting and power department of the Tonopah Placers company and it is charged that the city is also paying for street lights which give out no illumination.

The Tonopah company furnishes 60 watt lights on the streets. There are 44 of them. For this service the city pays $98.10 per month. With an average of 30 “dead” lights on the streets a month, which is said to be a low estimation, the city is paying at least $25 per year for service that is not rendered. It is said that no reduction in the light bill will be made by the Tonopah company for this poor service.

In the case of Thomas Kirkwood, the defendant was denied a new trial and the fine of $50 previously assessed against him was ordered to stand. Kirkwood was charged with malicious mischief in which it was alleged that he broke and cut the fences surrounding the schoolhouse in the Slate Creek district.

The body of John D. Given, an old prospector of this district, was found today at 11 a.m. by A.S. Ferguson following a search at the request of Henry Alber.

Given had not been seen in Breckenridge since near the first of the year. Alber, with whom Given had been trading, becoming concerned because he had not made his customary shopping visits to town, asked Ferguson, an old trapper to make a search for the missing man.

Ferguson went direct to the cabin of Given and there he found Given’s body on the bed with one leg over the bottom of the bedstead. His coat and vest had been removed. The body was frozen stiff. To all appraisers he had been dead for about three weeks. The cause of death had not been determined late today.

Flu Epidemic Breaks Out in Leadville, 57 Cases and One Death

An outbreak of Spanish influenza in Leadville was reported the middle of the week, and up to today at noon there were 63 cases and one death as a result of a five-day siege. During the latter part of the week, the epidemic appeared to be on the decline. Few of the cases were considered to be serious.

A handsome 14-page booklet has been issued by the Forest Service descriptive of the Routt National Forest and are now ready for distribution by the local officers in that section.

The booklet is descriptive of the natural advantages of that forest and graphically describes the scenery, fishing, hunting and other facilities for which the vacationist yearns.

The Breckenridge Heritage Alliance is a nonprofit founded to promote and protect Breckenridge’s unique heritage. They offer year-round tours and hikes. Go to BreckHeritage.com or call 970-453-9767.

This Week In History: City street lighting system is declared to be inefficient