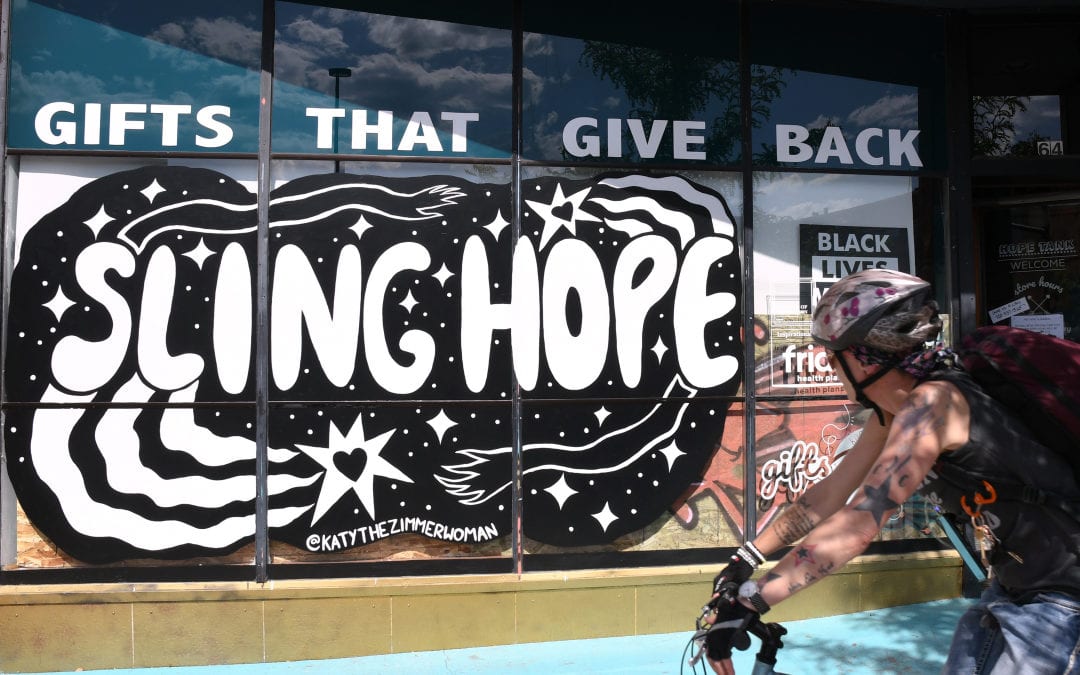 Monday brought relief to more than 60,000 out-of-work Coloradans who were able to request federal benefits for the first time in five weeks — and that included a $300 weekly bonus retroactive to Dec. 27, the start of the federal COVID relief package.

“I was able to request all the way back until Dec. 27,” said an overjoyed Kevin Saunders, a restaurant worker living in Parker who ended last year on Pandemic Unemployment Assistance.

Saunders was one of 230,000 people allowed back into the system as part of the Colorado Department of Labor and Employment’s Phase 1 of the new federal benefits. Another group of users currently collecting regular state unemployment were automatically sent retroactive $300-per-week payments over the weekend.

Labor officials said $61 million in retroactive $300 payments were paid to those on regular unemployment on Saturday for the program known as Federal Pandemic Unemployment Compensation. But those users didn’t need to lift another finger to get them. They were paid automatically when Phase 1 began last week.

On Monday, it was those with pandemic benefits leftover on Dec. 26 who could reopen their accounts. By 4 p.m., about 62,000 of them had logged into the system to request a combined total of 150,000 weeks of payments. Most of those weeks were for back-pay, which is allowed under the federal Continued Assistance Act. The new plan also extends pandemic benefits for 11 more weeks.

But there are still several groups of people desperately waiting for their federal benefits to restart in the so-called Phase 2. These are mostly people who used up all of their federal benefits by Dec. 26. Some have gone without assistance since late November. The delay was caused by state and federal lawmakers approving the new COVID relief plan a day after the CARES Act-funded programs ended. The state also had to wait on federal guidance and complete an overhaul of its unemployment computer system.

“I have no option to reopen a claim,” Mark Geis said Monday in an email, also noting that he’s had trouble finding shelter as he waits for his benefits to restart. “I am so cold and don’t know what to do. …Do you have any indications as to when Phase 2 will roll out?  If it’s weeks I know I won’t make it.”

No date has been given for Phase 2.

Department of Labor officials said the focus has been on Phase 1. “All resources have been dedicated to Phase 1 as this impacts the greatest number of claimants,” said Jessica Hudgins Smith, a labor department spokeswoman.

She said that they hope to have a better “expected timeline for the launch of Phase 2 by the end of the week.” Some work needs to still be done to estimate what development, production, testing and deployment is needed before they can implement phase 2.

But no launch has been without some issues. Some were figured out by users online, such as people were mistakenly trying to log into the old MyUI computer system, instead of MyUI+. Another user mentioned that when she switched from Google Chrome to the Microsoft Edge browser, it worked. Another user said he was stuck in a loop when he tried to request a payment — the link sent him back to the main page. The state said it is investigating issues but did not confirm there were any problems on Monday.

An SEB success … and mess

And not everyone was as lucky as Saunders, the Parker resident who was able to reopen his PUA claim and file for five weeks of retroactive payments. He had been on State Extended Benefits until that program ended Nov. 28. But he then jumped to PUA, as the state instructed. He was able to join Phase 1 because he still had benefits remaining on his PUA account.

Department officials did not say whether this was caused by a computer glitch or some other issue, but those on SEB who had moved to PUA and still had a balance on Dec. 26 “will be able to reopen their claims tomorrow and request payment for all back weeks,” Smith said.

The state’s unemployment call center was slammed all day with users reporting that they were on hold for hours, only to be hung up on, and then calling back and being put back on hold. Some people, like Andy Broderick, kept trying and finally got through to a human, though he learned his issue would still take a few days to resolve.

“All I can do is log in and see my stuff,” said Broderick, whose account was locked so he cannot request a payment or see what, if any, issues remain part of his claim.

Broderick, a PUA user, has been shut out of benefits since his account was flagged as fraudulent in October. Two weeks ago, he was able to verify his ID using the new ID.me tool provided by the labor department. Typically, the hold is lifted within 24 hours, Smith said.

There are still thousands of Colorado people with “program integrity” or fraud holds. They must call 303-536-5615 to get a link to ID.me. Those who don’t verify themselves won’t be allowed to request benefits. As of Friday, the agency had sent out 11,542 invitations to accounts with fraud holds — and only about half had tried out the app. Of those, 1,428 completed the process and the state paid out $1.5 million to those users.

What’s Working: What happened after the Colorado Dept. of Labor emailed 230,000 people that federal benefits were restarting