The coronavirus crippled Colorado’s budget. Here’s what you should know 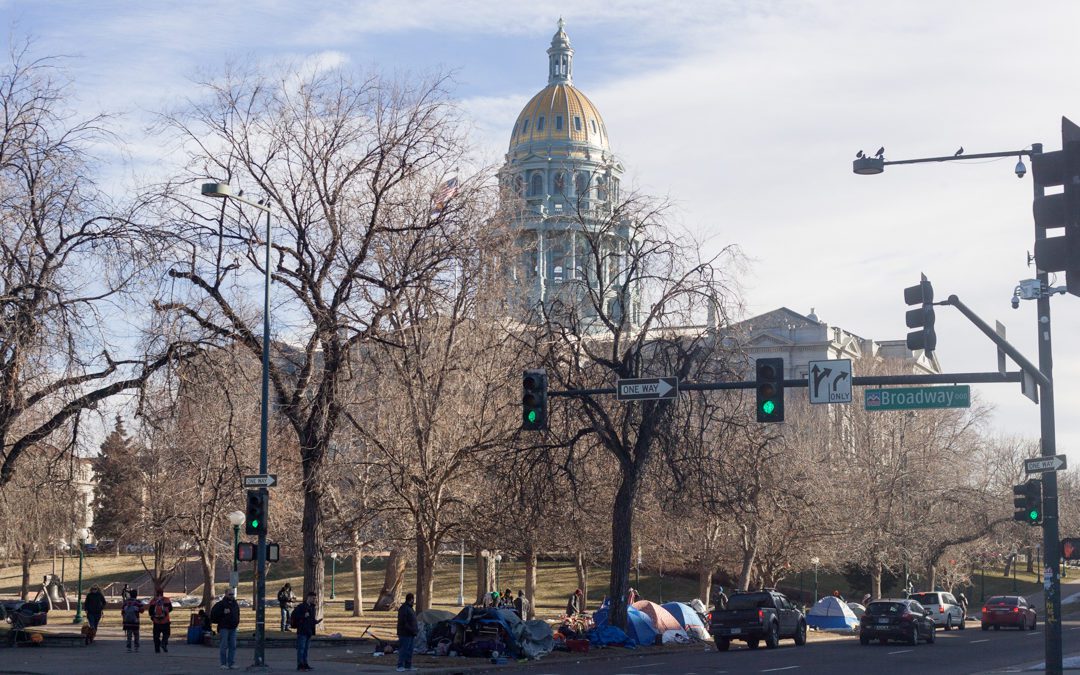 A new economic forecast by the nonpartisan Legislative Council estimates Colorado faces a $3.3 billion budget shortfall this coming fiscal year, a historic drop in revenue not seen since the Great Recession.

Lawmakers have been waiting for this forecast so that they have a more clear picture of just how deep they will have to cut into state programs in order to pass a balanced $30-plus billion state budget by June 30.

They will have to trim at least 10% of the state budget. And over the last week, the Joint Budget Committee has started to make cuts across the board. The decisions have brought some lawmakers to tears.

Much is still at stake as lawmakers prepare to return to the Capitol later this month. The budget shortfall likely will result in less funding for K-12 schools, environmental programs, social safety nets and much more.

Here’s a breakdown of what you should know about the budget situation.

How did this happen?

As a result of the public health crisis, people are shopping and working less. This is hitting the state where it hurts most: income and sales taxes.

Because people are losing their jobs, economists project an 11.8% decline in income tax revenue next fiscal year.

Sales tax revenue, the next largest source of money for the general fund, is expected to decline by about 8.6% before rebounding sharply the following year.

What does this mean?

“I don’t see how we can make the level of reductions needed and still have a functioning state government,” said state Sen. Dominick Moreno, a member of the Joint Budget Committee and Democrat from Commerce City.

Last week, the Joint Budget Committee voted to withhold a 3% pay increase for state workers, table capital construction projects and cut more than $100 million to higher education, among other cuts. “This past week was the most difficult I’ve ever experienced as a legislator,” state Sen. Rachel Zenzinger, a Democrat from Arvada, wrote on her website.

Those cuts totaled about $700 million — far short of what’s needed.

Budget writers have saved the hardest decisions for last, in part because they said they wanted a more clear picture of the budget shortfall. They deferred decisions to make cuts to the senior property tax exemption, the state’s contribution to the public employees’ retirement fund and K-12 funding. Just about everything is on the table.

The Joint Budget Committee will present a budget to lawmakers when they return to the Capitol on May 26.

How much uncertainty is there in the forecast?

The projections assume a gradual reopening of businesses in Colorado and that there will not be a vaccine for the virus in the next year.

The projections do not include the possibility of reinstating public health restrictions, such as the stay-at-home order, in the event of another wave of COVID-19 cases. If the state reimposed restrictions, it could prolong the economic hardship and cause further blows to the state’s budget in the years to come.

Kate Watkins, the chief economist for the Legislative Council, the legislature’s nonpartisan research agency, said the situation is evolving and that the precise interplay between restrictions and the spread of the virus would have to be modeled by public health experts. “We’re economists, not epidemiologists,” Watkins said.

How long will the budget crisis last?

At least until next year, when lawmakers may face a $2.1 billion budget shortfall for the fiscal year 2021-22, according to the budget forecast.

In general, revenue forecast projections look like a deep “V” in which revenue drops and rebounds sharply. But that could change. Watkins said that over the next two years, the recovery could be more like a Nike swoosh symbol or perhaps a square root symbol where revenue pops up but then plateaus.

Meanwhile, the oil and gas industry has been hit hard. Demand for oil and gas is down about 70% due to the decline in driving and flying as people work from home and limit nonessential travel. A price war among Saudi Arabia and Russia has also flooded the market with oil, driving down prices into the negative last month. These low prices will cause the highly volatile severance tax collections to drop from about $133 million this fiscal year to $16 million next fiscal year, state economists said.

The decline in severance tax revenue will hit environmental protection programs and local county budgets hard. And the pain may be felt for a while.

Sen. Chris Hanson, a Democrat from Denver and member of the Joint Budget Committee, said future demand for oil and gas may not be what it once was. “What I’m noticing now is some structural change to permanent telecommuting,” he said.

DEAR READER: These are uncertain times and The Colorado Independent is here for you. We have a page dedicated to our reporting on COVID-19 in Colorado. We will continue to report with an eye toward the humanity of our sources and with a commitment to public accountability. Please join our efforts by sending us your story ideas and questions to tips@coloradoindependent.com. And sign up for free to join The Indy’s email list to stay informed about all our reporting. And if you are so inclined, please support nonprofit news with your tax-deductible donation. We’re burning the candle at both ends. Take good care.