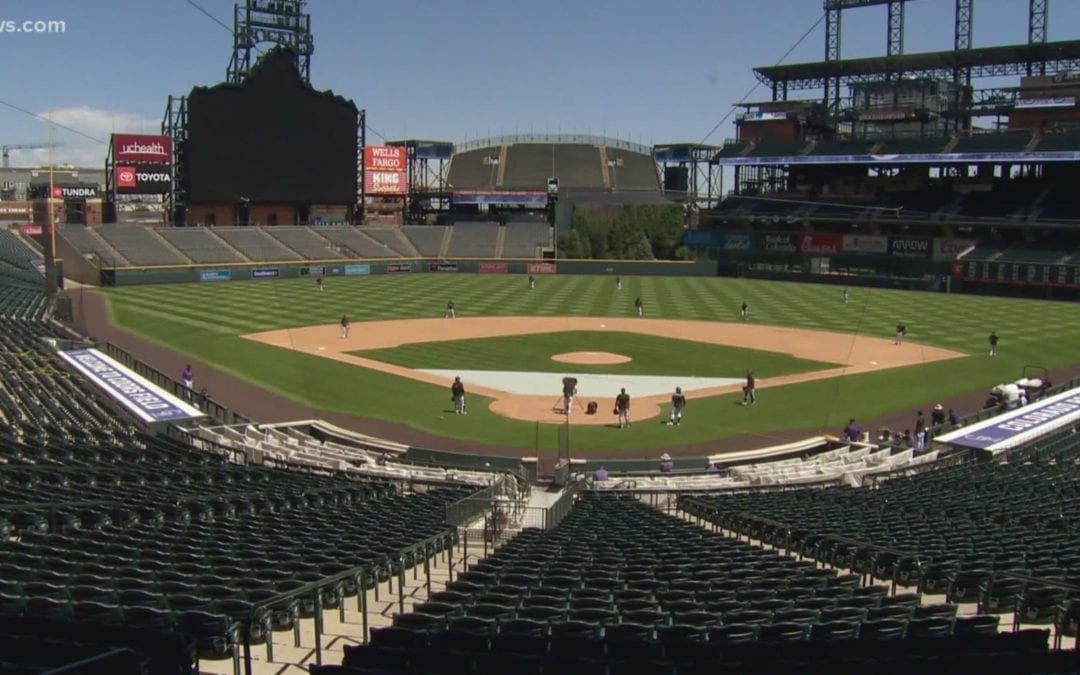 Six days ago, the Department of Homeland Security’s Cybersecurity and Infrastructure Security Agency (CISA) announced that they had conducted a safety exercise at Coors Field in Colorado.

In a bid to stay relevant, CISA and nearly every law enforcement agency in Colorado used taxpayer dollars to conduct a safety exercise on a hypothetical terrorist attack of an empty stadium. As the Coloradoan explains, “the coronavirus pandemic means no fans. So the stadium has the players, some stadium workers and media, and that’s just about it.”

CISA claims these exercises are critical for everyone involved to stay sharp should an incident occur. If an incident did occur, how many fan’s lives would be put at risk? Zero, because the Colorado Rockies are playing to an empty stadium!

Today’s virtual exercise was just one of the many examples of the planning and coordination that takes place behind the scenes to keep fans at Coors Field safe,” said CISA Assistant Director for Infrastructure Security (acting) Steve Harris. “From the Rockies’ front office to stadium security and personnel to state and local law enforcement, we’re all on the same team when it comes to safety and security. CISA looks forward to building upon our existing relationships to ensure fans at this beautiful ballpark have a safe and enjoyable experience.

According to CISA, DHS is “operating with sports leagues, teams, stadiums and arenas, and other large venues around the country.” In fact they even partnered with the Cactus League earlier this year.

The U.S. Department of Homeland Security Cybersecurity and Infrastructure Security Agency (CISA) joined the Cactus League, its teams and spring training facilities, and state and local partners Wednesday for a tabletop exercise to review incident preparedness measures and response plans at stadiums during spring training. The D-backs have a strong working relationship with the Department of Homeland Security and are excited to once again partner with CISA for this tabletop exercise,” said Arizona Diamondbacks Director of Security Dave Ellis.

In case you were wondering if Homeland Security is surveilling baseball fans? They were and will be again, once fans are allowed to back to sports stadiums.

The Rockies have had a longstanding relationship with the Department of Homeland Security and greatly value these exercises with CISA, virtual or otherwise.

Not only are baseball teams monitoring fans but they are encouraging them to report on each other:

The public has a critical role to play in safety as well. When fans return to Coors Field, CISA and the Rockies encourage them to always be vigilant and report any suspicious activity to ballpark personnel or law enforcement. DHS’ If You See Something, Say Something public awareness campaign has more information on the importance of reporting suspicious activity.

I hope I am not the only one who questions turning major league and minor league sports fans into snitches. There is no justification for letting DHS turn sports stadiums into real-time surveillance centers.

With nationwide calls to defund law enforcement, here is another reason to justify defunding Homeland Security.

for truth, peace, and freedom news. Send resources to the front lines of peace and freedom HERE! Follow us on SoMee, HIVE, Parler, Flote, Minds, and Twitter.