The Colorado Avalanche had the win for 10 seconds 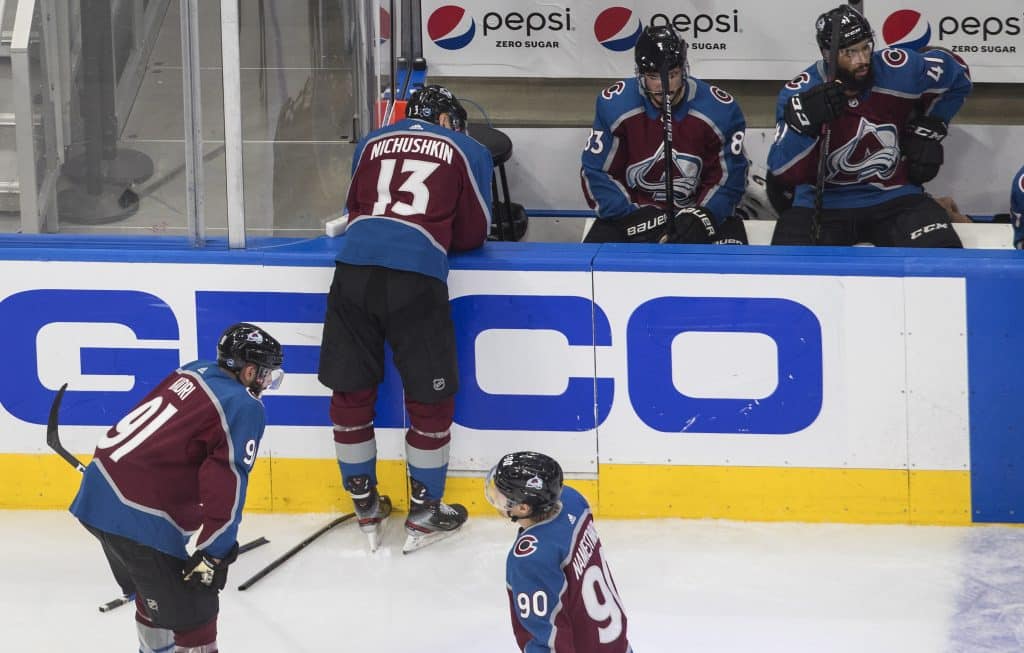 For a brief 10 seconds after Vladislav Namestnikov scored with 3:40 left in regulation giving the Colorado Avalanche a 4-3 lead over the Dallas Stars in Friday’s Game 7 of their Round 2 series, Avs fans thought they had it.

Dallas’ Joel Kiviranta scored 10 seconds later and he scored 7:24 into overtime to give the Stars a 5-4 win, sending the Avalanche home for what’s left of the summer.

The game was much like the series — the anti-Stanley Cup Playoff series. Teams don’t score 10 seconds after the other just did in the playoffs and that seemed to happen often during this series. The Stars and Avs combined for 77 shots on goal during regulation in Game 7? This was Gretzky Era hockey in the 2020 NHL.

Simply put, the Avs ran out of bodies. Connor Timmons and Gabriel Landeskog didn’t suit up after getting injured in Game 6. Colorado was already the walking wounded before those losses.

The Avs were also down to their third-string goalie in Michael Hutchinson, who acquitted himself well. (Heck, they got him in a midseason trade from Toronto.)

As admirably as Colorado battled back from a 3-1 series deficit, Dallas was also just a bad physical matchup for the Avs. Dallas’ forecheck and its big defensemen wore down the already-depleted Avalanche.

This was a sour ending, but this is a darn-good young hockey team. The Avs were an eighth-seed that squeaked into the playoffs last year. They’re now one of the elite in a stacked Western Conference. Whenever the 2020-21 season starts (December at best?), good times are coming.

Yes, it was strange to see a Game 7 start at 2 p.m. on Friday. It’s all about television.

Simply put, NBC and its networks weren’t expecting three Game 7s on one day, which is what happened when Flyers-Islanders and Golden Knights-Canucks saw their best-of-7s go to the limit late Thursday night.

The logical solution was to move those other Game 7s to Saturday and have the Avs and Stars play in prime time on Friday night. But NBC is broadcasting the rescheduled Kentucky Derby and all its pomp and circumstance today. Thus, you had a Game 7 mash-up on Friday.

Don’t shoot the messenger. I’d take hockey over horse racing any day. Perhaps, you can console your sorrow with a mint julep and a singing of “My Old Kentucky Home.”