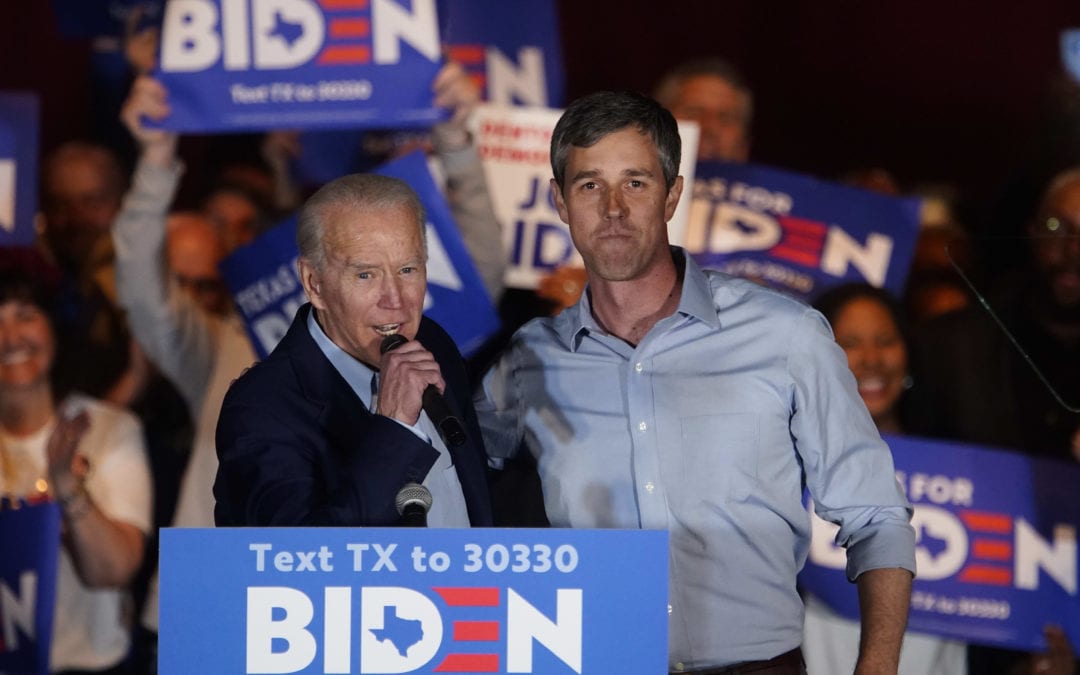 Joe Biden has picked up another huge Super Tuesday win. He will claim victory in the Texas Democratic primary, according to an NBC News projection.

Only days ago, the former vice president trailed Sen. Bernie Sanders in Texas polling averages and looked set to lose the day’s two biggest contests. But Biden appeared to benefit from a late swing his direction, after a convincing South Carolina primary win Saturday and the departure of two of his centrist rivals in Amy Klobuchar and Pete Buttigieg. The Minnesota senator and former South Bend, Indiana mayor, along with former Rep. Beto O’Rourke of Texas, endorsed Biden in Dallas on the eve of the Texas primary.

With more than 90% of the vote in, Biden led Sanders by about a 33% to 30% margin. Former New York Mayor Mike Bloomberg lagged in a distant third with just more than 15% of the vote — hovering around the threshold needed to win delegates statewide. Sen. Elizabeth Warren of Massachusetts followed with more than 11% of support.

Sanders’ campaign set up a massive organizing presence in the state, and held a series of rallies there late last month as it tried to mobilize young and Latino voters. While Biden had a much smaller volunteer footprint in Texas, his presidential bid had the support of a range of local officials and U.S. House members in the state, from first-term representatives to long-serving stalwarts.

As in other states, Biden dominated among older voters, while Sanders showed strength with young voters, according to exit polls. In the case of Texas, 62% of the electorate was older than 45, while 38% was between ages 18 and 44.

Among Hispanic or Latino voters, who made up 31% of the electorate, Sanders garnered 45% of support versus 24% for Biden. But Biden, who notched big wins in several southern states with significant black electorates, had 60% of support among black voters in Texas, exit polls found.

About half of all voters who said they decided who to support in the “last few days” backed the former vice president.

Bloomberg, who appeared to cut into Biden’s support among older Texas voters, used his billions to blanket the state with television ads. Warren outlined her strategy to take on the coronavirus outbreak during a rally in Houston over the weekend.

The delegate allocations from Texas and California will decide how much of a lead Biden can build on Sanders after his Super Tuesday success. Along with Texas, Biden will win North Carolina, Virginia, Massachusetts, Minnesota, Tennessee, Alabama, Oklahoma and Arkansas, NBC projects.

Sanders will carry Colorado, Utah and his home state of Vermont. While California is too early to call, the senator appeared to hold an early lead in the biggest delegate prize of the night, according to NBC.

By early Wednesday morning, Biden held a 416 to 320 pledged delegate lead over Sanders in the 2020 primary.