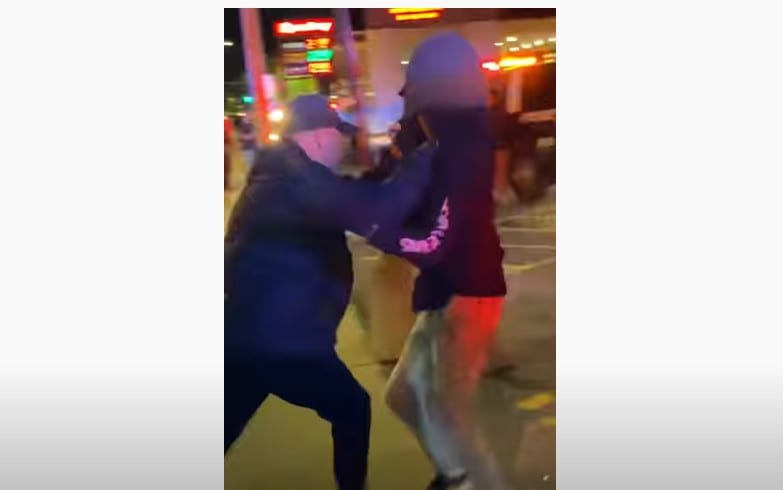 Suburban communities continued clean-up efforts after another night of curfews for some cities.

As curfews lift and transit agencies resume service Wednesday, some businesses are still picking up the pieces. Meanwhile, additional protests are planned.

Here are the latest headlines from around the area:

Police in suburban Hampshire have issued a curfew effective
at 7 p.m. Wednesday, according to an official statement on the department’s
Facebook page.

Effective on 6/3/2020, at 7:00 pm the Village of Hampshire has declared a CURFEW for all non-essential workers. The curfew order will expire Thursday, 6/4, at 6:00am. Thank you for your understanding.

According to the department, the curfew will impact all
non-essential workers, and all other residents are ordered to stay home until 6
a.m. Thursday.

Several days after issuing a disaster proclamation for nine Illinois counties in the midst of looting and planned protests, Gov. J.B. Pritzker has added five more counties statewide to that list, including suburban Lake County.

According to the governor’s office, counties that are expecting more protests, or who have requested help from the state to deal with business losses and for additional law enforcement assistance, are eligible under the proclamation.

Cook, DuPage, Kane, Kendall and Will counties were already named under the proclamation issued on Monday.

Berwyn police have asked for help from the Illinois National Guard after threats of rioting and looting were posted to social media.

The threats, brought to the attention of officials by the FBI and the Illinois State Police, come after the suburb had to deal with violence and looting earlier this week.

National Guard assets will be kept nearby in case Berwyn police need assistance, according to a press release.

Waukegan police say that at least 16 people were arrested and at least 50 businesses were hit by vandals and looters during unrest on Sunday night.

Authorities say that most of the arrests were for looting and disorderly conduct. At least one person was shot during the evening, but escaped with only minor injuries.

Police received at least one dozen calls of shots fired throughout the chaos and unrest, according to authorities.

Aurora announced a curfew and travel restrictions for Wednesday as the city monitors “pending demonstrations.”

The curfew is set to begin at 8:30 p.m. and continue until 6 a.m. Thursday. Residents are asked to remain at home and “only travel for employment during the curfew hours.”

The following streets will be closed:

West Chicago Police had earlier advised residents of a potential protest in the area’s downtown section.

“Officers will be on scene to help maintain peace and order for our city and all of its residents,” the department wrote.

“Over the past several days, Downers Grove, like many communities across the country, has prepared for and experienced both peaceful protests and, unfortunately, criminal activity,” the village wrote on Facebook.

On Tuesday, a “peaceful protest” marched through the town’s downtown with approximately 50 people in attendance, the village said.

“The march concluded with a conversation between demonstrators and Downers Grove Police Officers,” the post read.

There were few arrests over the last few days and investigations for arson, looting and burglary are underway in the area, but the village said Wednesday “crews have opened streets in the downtown and are setting up for outdoor dining.”

Update On Recent Activity Over the past several days, Downers Grove, like many communities across the country, has …

Wheaton issued an alert to residents about a “group of people planning to assemble in the area of Memorial Park around 1 p.m.”

“The group has advertised a peaceful protest. Protests of this nature are a protected form of the Constitutional right to free speech and assembly,” the city wrote on Facebook.

“Officers will be on scene to help maintain peace and order for our city and all of its residents,” the department wrote.

We have been advised of a potential protest this afternoon in our downtown area. Officers will be on scene to help maintain peace and order for our city and all of its residents. We will post updates as we are able to.

Be safe, stay strong, we will get through this together. pic.twitter.com/g9gnYyV7fW

A State of EMERGENCY has been declared in Cicero.

Please observe this curfew that begins in just over an hour

While the march planned for this evening has been cancelled, the Village of Downers Grove continues to implement the…

Meanwhile, in Elmhurst, a safety alert was issued “until further notice.”

“The City of Elmhurst has closed York Street from Church Street to North Avenue until further notice. Out of an abundance of caution, all parking locations in this area have also been closed,” the village said in its alert to residents.

At the time of the alert Tuesday evening, a peaceful march was taking place in the suburb, but area businesses were asked to close down for the evening.

6 a.m. Pace Service Resumes After Another Night of Service Suspension

Due to community curfews and public safety, Pace suspended bus service Tuesday night for the third night in a row.

The bus service suspended services at 7 p.m. Tuesday and resumed at 6 a.m. Wednesday.

Both the I-55 Bus on Shoulder Express Service and City of Chicago ADA Paratransit Service to the city center were included in Pace’s Tuesday night suspension.

Metra resumed service on Wednesday, albeit with a modified Sunday schedule after being shut down for several days due to protests and unrest throughout the Chicago area.

According to the agency, most of the train lines it operates will run with the Sunday schedule, which features fewer trains and more widely scattered departure times. In addition, the last late night inbound and outbound trains on operating lines will be canceled.

A trio of lines will continue to remain shut down, with the Southwest Service, Heritage Corridor and North Central Service lines all suspended for Wednesday.

Riders are encouraged to check Metra’s website for updates throughout the day, as some trains may be canceled or delayed depending on circumstances.

The Will County State’s Attorney’s Office has asked the Illinois State Police to investigate an incident involving Joliet Mayor Bob O’Dekirk and protesters that was caught on video Monday evening.

In the video, O’Dekirk is seen apparently wrestling with a demonstrator during a clash between police and protesters on Monday evening.

On Tuesday, the State’s Attorney’s Office confirmed that it had reviewed investigate reports of the incident, and that it had received two separate independently-sourced videos.

In an effort to “ensure that the interests of justice and fairness are served,” the State’s Attorney’s Office and the Joliet Police Department have asked the Illinois State Police to investigate the incident to prevent conflicts of interest.

The video purportedly shows O’Dekirk grabbing a man and forcibly walking him towards a police car. In the clip, a person then attacks the mayor from behind before police swarm in and clear the area.

The video does not show the events that preceded the confrontation.

In a statement issued to the Chicago Tribune and other news outlets, O’Dekirk says he was acting in “self-defense” after being attacked by the man.

The mayor says he only suffered minor bruises in the incident.