Starter Guide On How to Become More Civically Engaged in Colorado 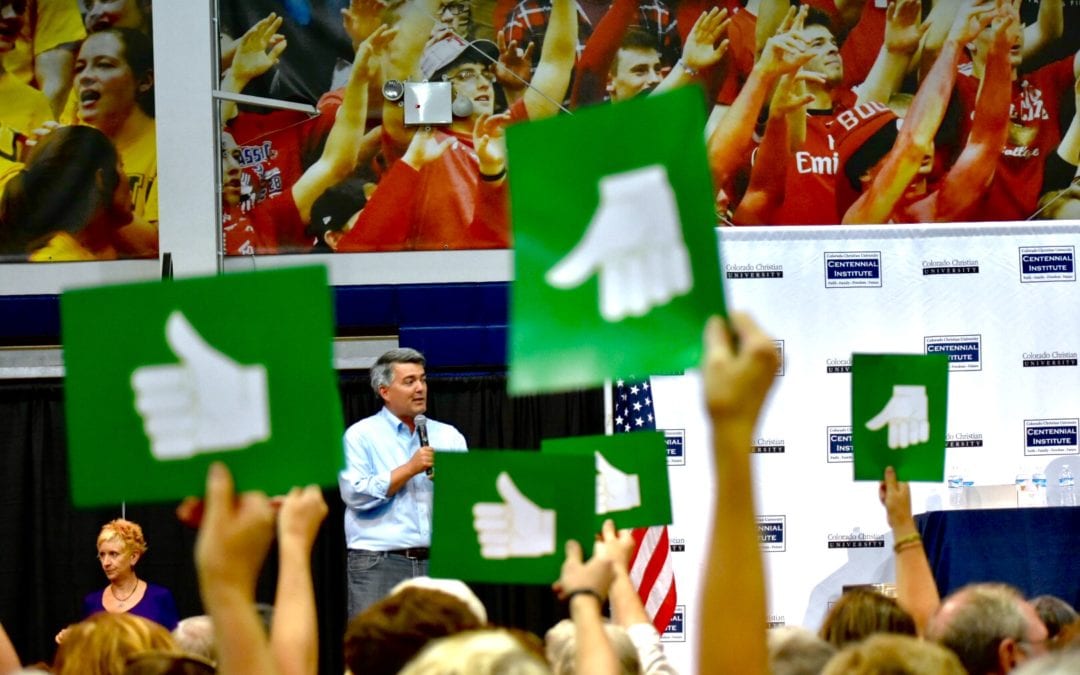 So you want to help change the world? There’s a great saying that goes, “think globally, act locally.” One way to take action locally is to engage in the civic duties that define our freedoms of living in a democracy. This might bring back memories of a high school Civics class, where you painstakingly learned the process of a bill becoming law, but after the year we’ve been living through, who can say they aren’t ready to re-learn the rules of civic engagement?

That’s why 303 Magazine broke it down into a starter guide, with tips about different tactics to employ and resources to inform you about your rights and responsibilities as a citizen. 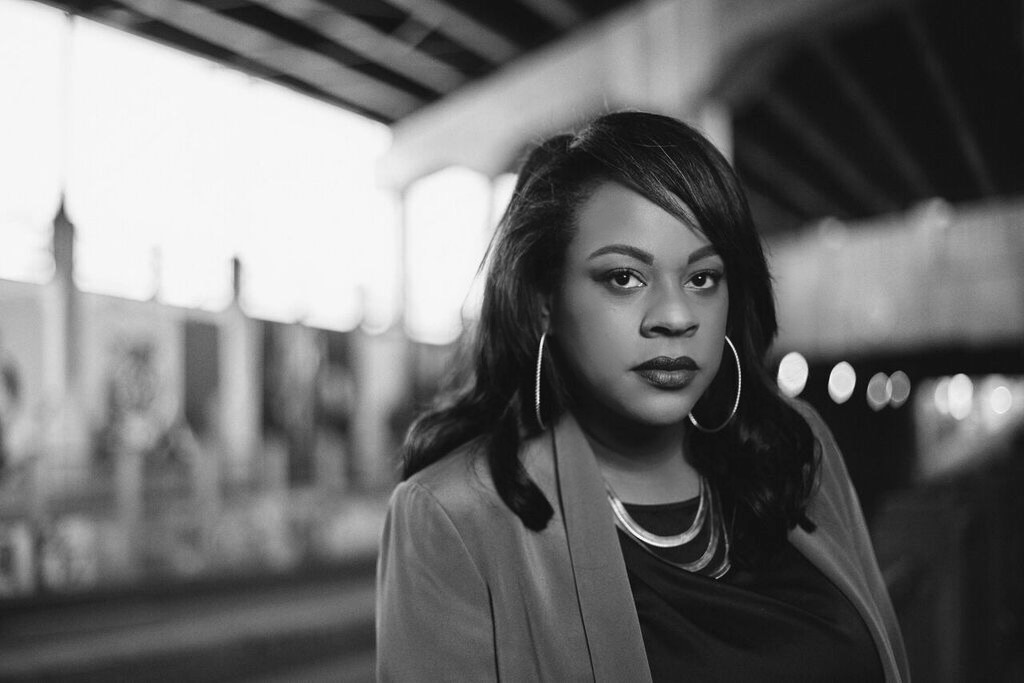 An integral part of our government and are the numerous representatives that serve a variety of districts within a state. At any given time, a single voter is represented by at least a handful of elected officials who wield power and influence over decisions that impact everyday life.

The entire purpose of elected representatives is to serve their constituents (or people who are in their district). If every single eligible voter casts a ballot in every election, these representatives would serve the needs of a community better than if only a small percentage votes. That’s why it’s so important to know who your representatives are and to put their contact info in your phone. Then, use that contact information that you care about. This could include Tweeting at your representatives, writing them emails or letters, calling their office or even meeting with them one-on-one.

The important thing to remember is that your representatives should want to hear from you about major issues that impact you or the community you live in. Their job is to speak for their voters, so it is essential that a wide variety of voters communicate with their representatives, therefore expressing the diversity of needs in a district.

One example of a direct response to calls from the community happened this year when (Colorado General Assembly District 8, Denver) took the upheaval due to Black Lives Matter protests at the Capitol as the perfect opportunity to propose the .

In an interview with 303 Magazine, Herod “We are listening and hearing protesters outside every single day. It would be irresponsible of us as elected officials to not listen and not take action.” 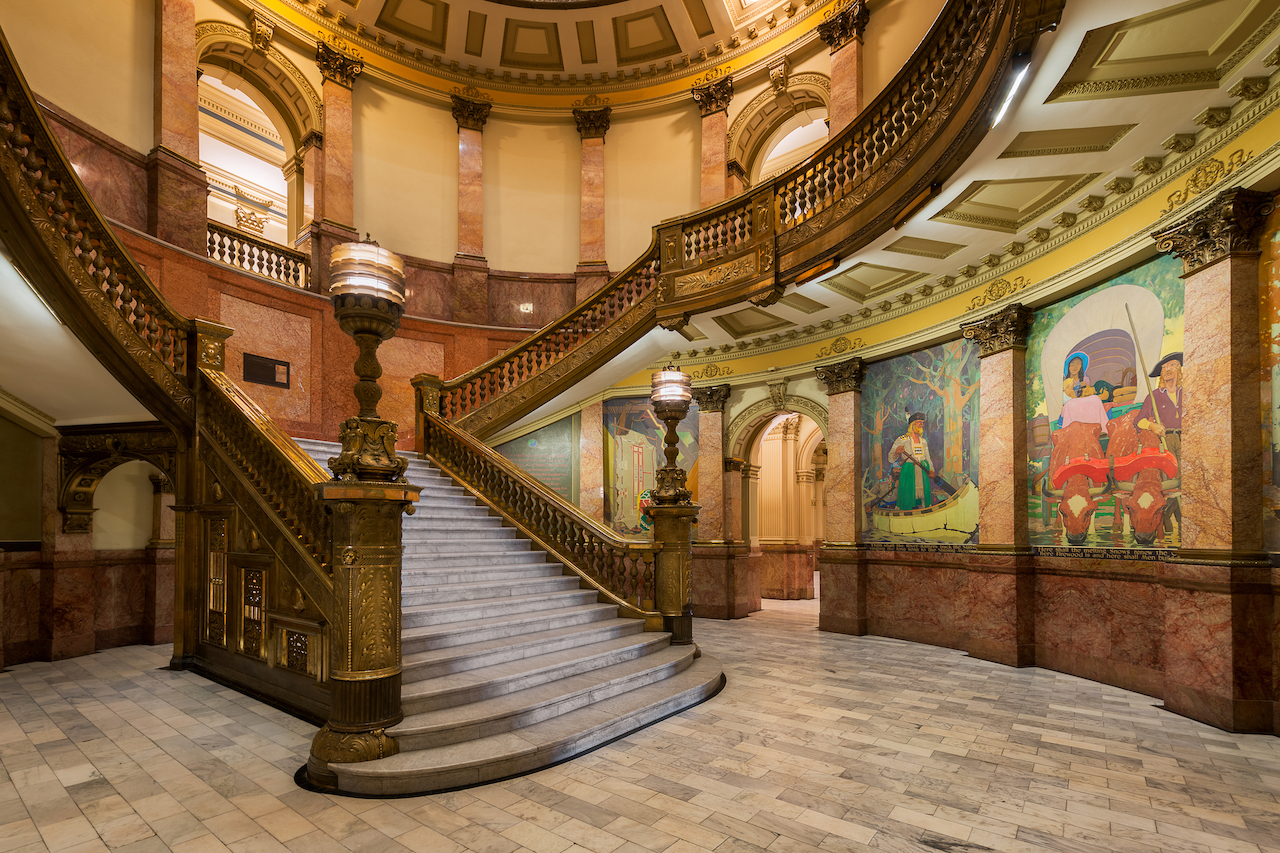 If you want to be a part of policy change, you need to get to know when and where these discussions are happening. Depending on what level of government you want to partake in, there are often sessions you can attend and even speak at. Due to COVID-19, a lot of these events now take place online as well.

For city-specific measures, City Council meetings are essential. In Denver, City Council public comments happen every Monday from 5 to 5:30 p.m. These sessions are first-come-first-serve and give you three minutes of speaking time. You can sign up to speak the Friday before the meeting starting at noon all the way until 4 p.m. the day of the meeting. Go to sign-up and for more info.

Additionally, it’s important to know what is on the council’s agenda for that week. Typically, the schedule is released the Thursday or Friday before and you can for an email alert for when it comes available or check for meeting details.

In the meeting schedule, you’ll also be able to see if there are any public hearing sessions for bills. You’ll need to keep up in order to snag a spot for these as the for these public comments happen at 4:30 p.m. the day of the hearing. People will be heard in a random order, so it’s the luck of the draw, rather than when you sign-up. Go for more details on public hearings.

If you want to give testimony on an upcoming bill, you can go here to either submit written testimony or sign-up to speak in person. Curiously enough, remote testimony has been suspended for the remainder of the 2020 session making options more limited. You can track bills and their progress by going here. This document also breaks down the etiquette and best practices of testifying — i.e. arriving 30 minutes early, how to begin your address and how to reply to questions. In order to figure out when a bill will be heard (and when you can testify) go here and also follow the schedule on Twitter for the most up to date info. Sometimes this can be hard to follow, so being connected to your representatives or groups that pay attention to issues you’re most concerned about will help you stay on top of things.

In Colorado, anyone who gets their license at the DMV is automatically registered to vote if they are eligible. Lucky for us, Colorado is one of the easiest states to vote in, due to its automatic registration, mail-in voting system and accessible 24-hour voting locations the month before any election.

READ: Where to Drop-Off Your Ballot in Denver

If you aren’t sure about your registration status in Colorado or haven’t gotten a driver’s license here, there’s an online system to check your registration. And if you find out that you aren’t registered, that same website allows you to register online.

When it comes time to vote in Colorado, you will be sent a mail-in ballot approximately one month prior to the election deadline. This ballot can be mailed back (with postage paid by you) or dropped off at one of the numerous locations around Denver. The most important thing aside from returning your ballot before the deadline is to sign the back of the envelope. This signature is an essential step in validating and verifying your identity, and therefore an essential step in making sure your vote counts.

Yes, elections for presidents are important. But do not forget to vote in local and state elections. (Check out the most current Denver voter information and ballot guides ). The smaller “mid-term” elections are sometimes the most important, as the representatives you’re choosing have a more direct connection to you and to your community, and also a more direct impact. They’re also easier to contact if you have problems to confront after they’ve been elected.

READ: A Preview of Some Major Things You’ll Need to Vote on This Year in Denver

If you’re already registered to vote and understand the rules, help others register to vote and get their ballot in on time. The more people who vote, the more closely we live in a functioning democracy. Here are some great organizations who help others vote: 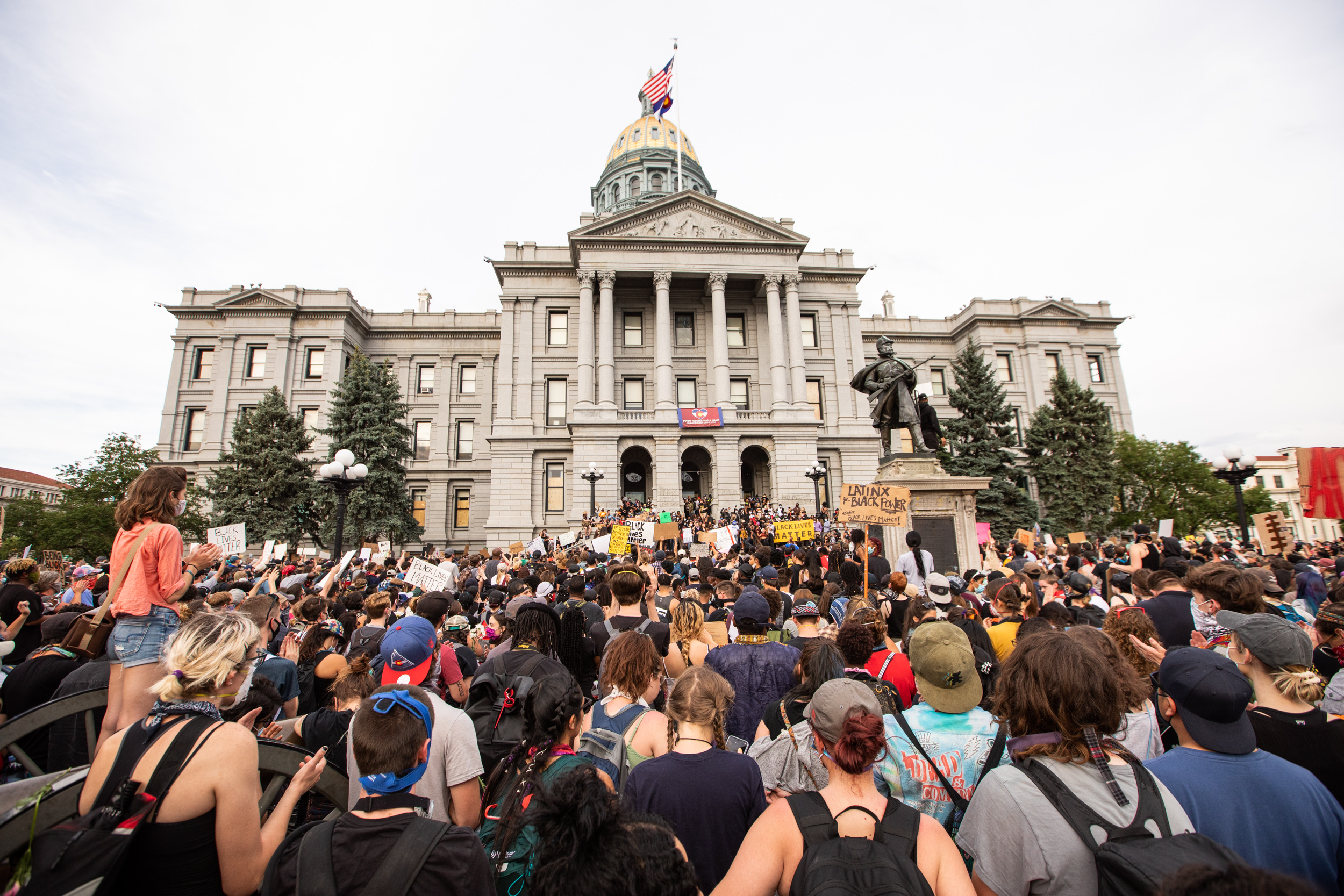 In some views, protesting can be controversial. But as an American, it’s not only guaranteed in the constitution, it’s a time-honored tradition. From the Boston Tea Party to the Civil Rights Movement, the America we know today was built on people taking their issues to the streets. Plus, protesting is proven to be effective. Even here in Colorado, you can attribute police change directly to the demands of protestors. Senate Bill 217 — the police accountability bill mentioned in the first section of this article — was proposed and passed because the legislators were confronted with protestors every single day. In Aurora, Governor Polis requested an investigation of the Aurora Police Department in the death of Elijah McClain after protests and vigils garnered national attention toward the case and continuing protests are trying to ensure that the focus isn’t lost.

So if you want to be heard, take it to the streets. But be safe, smart and focus on why you came.

How to find protests

Search online:  Facebook will often have event listings that feature different activist events and protests. You can go there to search via term, date and location

Follow groups: We detail this below but getting to know different activist groups will often key you into what events they are hosting or supporting. Follow them either on social media, sign up for emails or attend meetings to know when and where events will happen.

Know Before You Go

Join or Support an Organization

Protesting doesn’t work for everyone, especially during a pandemic. Donating your time, skills and money is a good way to get involved. If you want to donate your time or skills, make a list of what skills you are able to contribute and what time you can give. For example, if you’re a graphic designer or have a skill for social media, offer your local organization or group a set amount of hours you can put towards helping with related projects. Or if you want to help with less specific items, ask your group or organization what help they need.

Finding an organization: Since there are hundreds of organizations out there that focus on a wide range of issues, it would be impossible to list even all the major ones in a single article. Instead, you can search via Colorado’s Non-Profit Member Directory and use the “advance filters” section to get a list of organizations based on topics and location. For example, you can set the search for  Denver non-profits that focus on “Civil Rights, Social Action, Advocacy.” 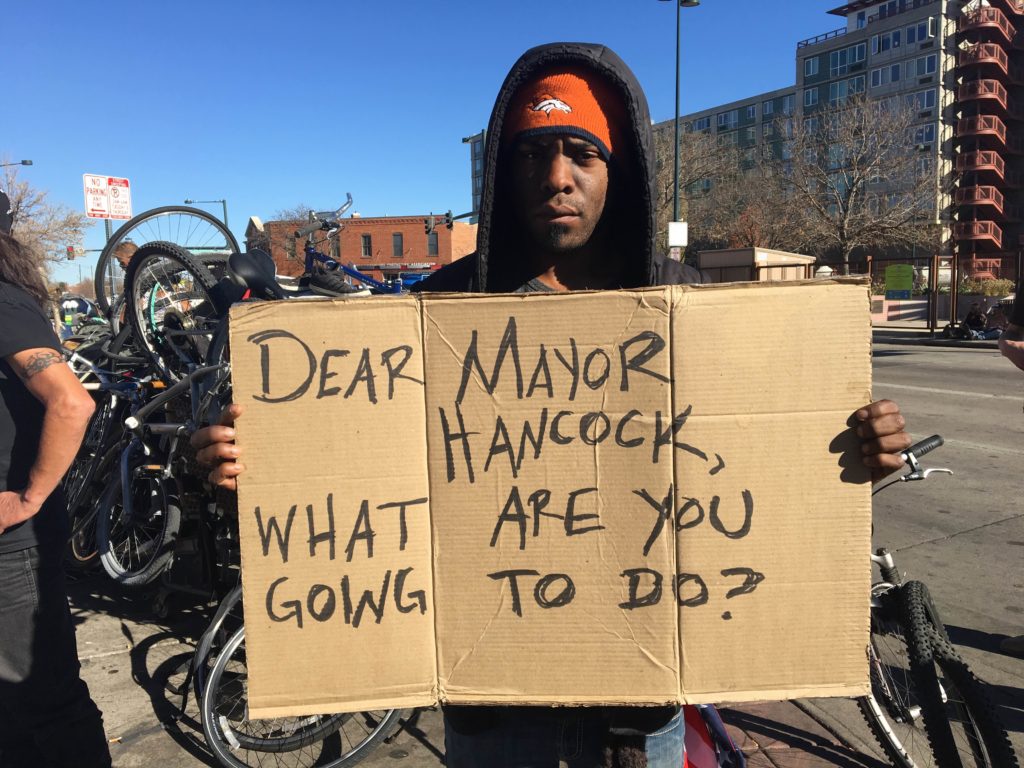 Seeking an elected position in government is a sure-fire way to become civically engaged. This is not the best option for everyone since elected positions are often public-facing careers that require a lot of finesse, but it is good to remember how many elected positions are out there. Not only can you try to represent people politically, but you can also run for positions like district attorney and treasurer, as well as for positions on committees that make important decisions like the Denver Public School Board and Regional Transportation District (RTD).

Having an active role in your local or state government — on City Council, for instance — is relatively attainable whereas running for federal positions like Colorado’s senators or representatives (or even the President) will, of course, be much more cumbersome. Be warned — there is a lot of homework to do before you start considering the candidacy, but there is also a wealth of resources to guide you.

Each position has varying requirements. The common thread throughout most of them is that you must reside in the district that you’re running for and you must have state residence in Colorado. In order to know what districts you reside in, you’ll want to check the maps linked in the “Know Your Representatives” section of this article. In Denver, most residents have a handful of districts they belong to, which means they have at least a handful of positions to consider running for.

Another requirement for every office is age minimums. Except for the State Board of Education, CU Regent and District Attorney (that require 18 years and older), all offices start at least at 25 years of age. The Governor, Lieutenant Governor and US Senator positions start at 30 years of age, and the presidency requires 35 as the minimum.

The only two positions that don’t require life-long US citizenship are US Senators and Representatives, which require nine and seven years respectively.

If it’s your first time thinking about running for office, you’ll want to do some background research about . Once you’ve decided that you are ready to shoulder the responsibilities of the role should you win the election, then it’s time to start creating your campaign.

Here are some quick links for guides on how to run for each elected position in Colorado:

And here are some more helpful links about running for office:

– A PAC that helps recruit and support young, diverse progressives running for office

– Look up who is on your ballot currently, as well as a treasure chest of other useful information about elected officials and how the government works

– A website that explains each level of our government

– A  nonprofit, nonpartisan organization that provides an abundant amount of information regarding municipalities in Colorado and offers training, networking and other resources