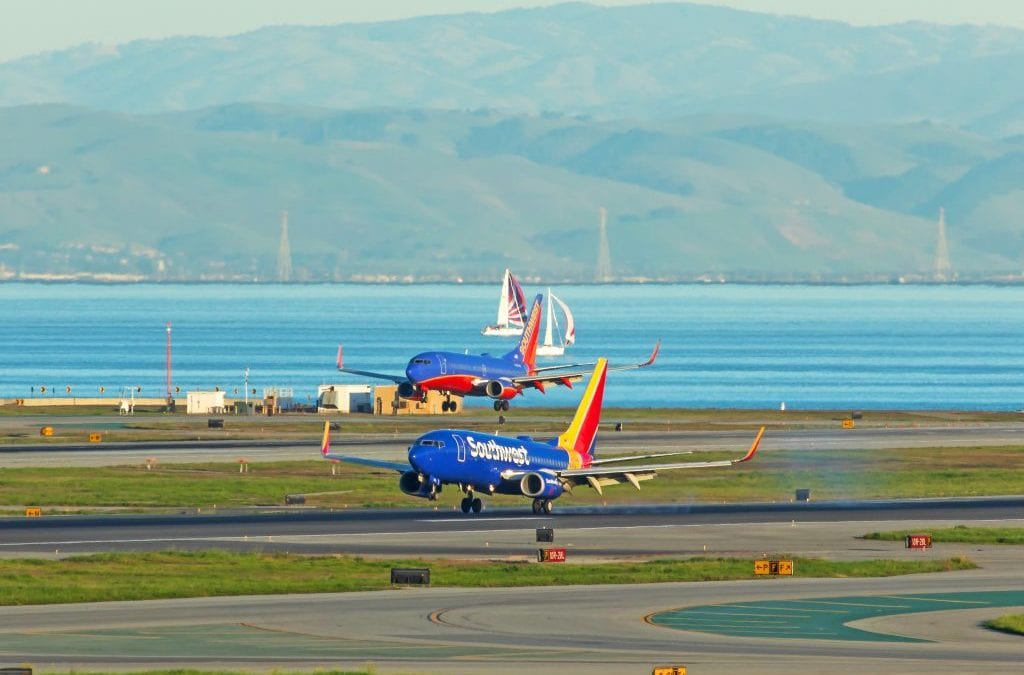 Southwest Airlines has revealed the routes it will fly from Chicago’s O’Hare International Airport and Colorado Springs.

The low-cost airline will launch 20 daily flights out of O’Hare on Valentine’s Day 2021. City pairs include Nashville, Tenn.; Denver; Dallas; Baltimore and Phoenix. Nashville, Dallas and Nashville will be served four times daily from O’Hare, while Denver will see six daily flights and Phoenix will get two.

Southwest has never flown out of O’Hare – its Chicago operations are currently centered at Midway Airport – but says that the travel dropoff caused by the ongoing coronavirus pandemic gave it an opening to expand to O’Hare, the larger of the two airports. Midway will remain Southwest’s primary hub in Chicago with 200 flights per day in the coming months. But Southwest says that adding O’Hare gives travelers more options, especially when business travelers – who more often fly from O’Hare – gradually return to the skies.

Southwest CEO Gary Kelly said that Southwest’s O’Hare operations are meant to complement the airline’s Midway operations. Capacity restraints limit how much more Southwest can grow at Midway, so moving to O’Hare is the only way for Southwest to expand its Chicago market.

“If we don’t move [to O’Hare] now, we risk never getting in there,” Kelly said.

Southwest will be competing with United and American at O’Hare, two legacy giants who operate hubs at the midwestern airport. Both carriers have had ample time to establish presences at O’Hare and have poured ample resources into their operations there. Southwest’s unique fare structure, though, still has a chance of making serious disruptions at O’Hare, and if the airline adds more destinations in the future, flights out of O’Hare may trend lower in the near future.

Still, as the coronavirus subsides in the coming years, it’s questionable whether Southwest, or at least its famous model, will survive at O’Hare. Slots at the airport can be very expensive, which is why the coronavirus pandemic, when there’s less demand for slots so costs are lower, makes a good entrance time for Southwest. But when flights do return and prices return to pre-pandemic levels, it has yet to be seen whether Southwest’s low-cost model can survive or whether it will need to raise prices to meet competition.

Operations at smaller airports, which Southwest tends to operate at more, allow for lower costs. Southwest can virtually take over an airport’s entire market share – as it did at Midway, where it controls roughly 95% of flights – to afford it huge negotiating power to lower its costs. But at O’Hare, which battled Atlanta’s Hartsfield-Jackson International for the title of “World’s Busiest Airport” pre-pandemic, Southwest will not have that power and may be required to pay normal fees.

Still, Southwest’s move to O’Hare may represent a drastic shift in the aviation industry. Especially after slot forgiveness programs are lifted, small airlines may be able to enter new networks that they previously couldn’t – either due to costs, expansion restrictions or oversaturation – if bigger carriers like American and United decide to forgo some of their slots.

This could give airlines like Southwest stronger footholds in bigger markets and potentially afford greater bargaining power. When the FAA decided to extend its slot forgiveness at a number of major airports, Spirit Airlines, an American ultra-low-cost carrier, complained that the move was anti-competitive because it let big carriers retain their spots cheaply instead of giving smaller airlines an equal chance to enter new markets.

Southwest is currently operating far fewer flights than it did a year ago. In the fourth quarter of 2020, it opted to fly 35% less than in 2019’s fourth quarter. But Kelly hopes the airline can return to 2019 levels by the end of 2021, a far-faster recovery than the three to four years many analysts expect.

The airline is also planning new flights from Houston Intercontinental; Jackson, Miss. and Savannah, Ga., but exact city pairs from those new airports have yet to be announced.

John McDermott is a student at Northwestern University. He is also a student pilot with hopes of flying for the airlines. A self-proclaimed “avgeek,” John will rave about aviation at length to whoever will listen, and he is keen to call out any airplane he sees, whether or not anyone around him cares about flying at all. John previously worked as a Journalist and Editor-In-Chief at Aeronautics Online Aviation News and Media. In his spare time, John enjoys running, photography, and watching planes approach Chicago O’Hare from over Lake Michigan.
Latest posts by John McDermott (see all)