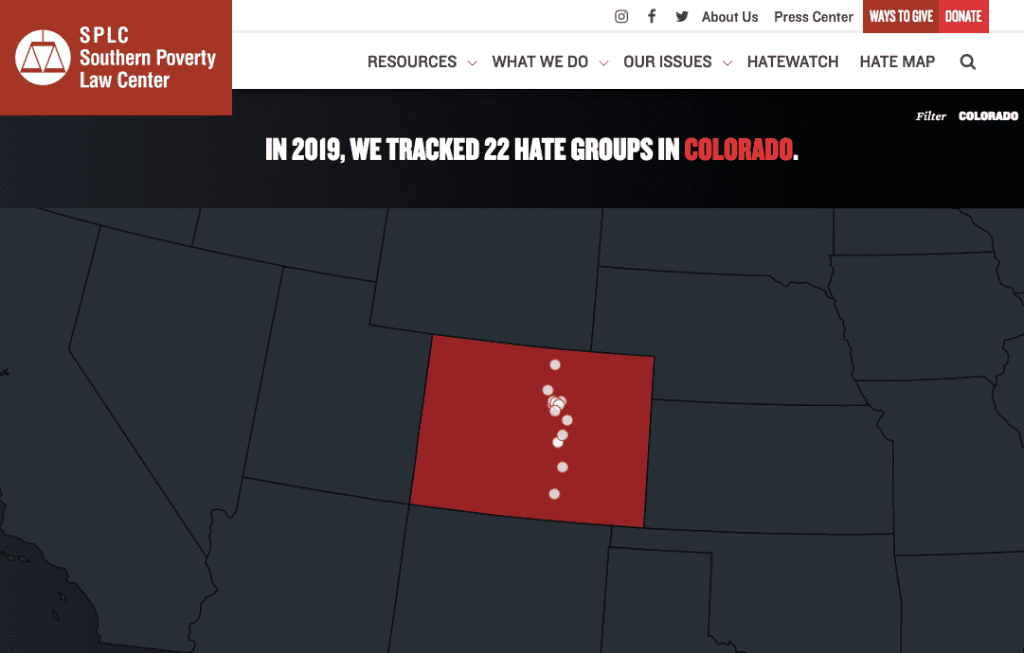 The number of hate groups in Colorado tripled in eight years, according to an annual report on hate and extremism in America.

The Southern Poverty Law Center found 22 hate groups in Colorado in 2019, up from seven identified in the organization’s original 2012 report. The state’s hate groups include anti-LGBT, anti-immigrant, black separatists, white nationalist and neo-Nazi groups. Some groups are statewide, such as the general hate group Proud Boys, while others have specific locations such as the Sea Jay Foundation, an anti-Muslim group in Highlands Ranch.

Nationally, the Southern Poverty Law Center identified 940 hate groups operating, a decline from 1,020 in 2018, which was an all-time high in the report’s history. The drop was attributed to the collapse of two main factions of neo-Nazi groups, according to the Montgomery, Alabama-based law center.

However, the United States saw in 2019 growth among groups are against lesbian, gay and transgender people. In Colorado, four such groups were identified, including the Family Research Institute in Colorado Springs.

“That’s why the Southern Poverty Law Center thinks we’re evil,” Cameron said. “They regard this as hate speech. But we think it’s just the opposite, that people should be discouraged.”

But the law center defends its work.

“Make no mistake, we have a crisis of hate and extremism in our country,” said SPLC spokesperson Lecia Brooks. “And the toxic ideas propagated by these hate groups not only lead to violence but erode the very foundations of our democracy.”

The Colorado groups identified in 2019 are: