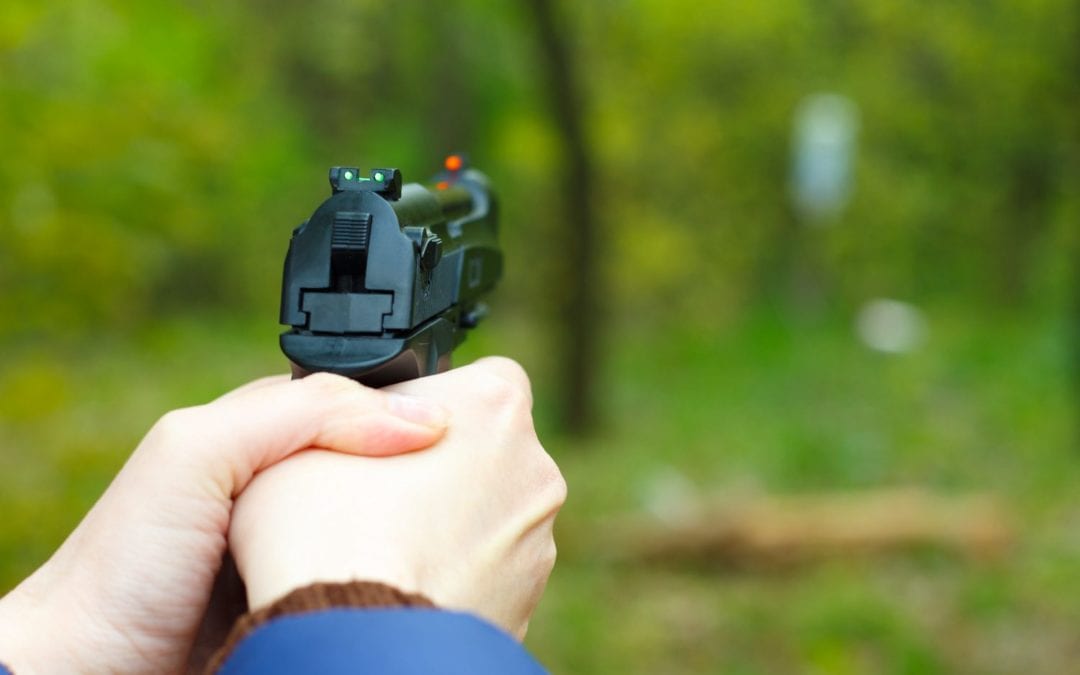 Every time they go out on Colorado trails, hikers face inherent risks — including those from man and beast who share the paths. Some women are choosing to pack heat for protection.

“I carry a handgun when I am hiking alone on a trail that is more secluded, or at night, or (when) I am backpacking alone,” said Cierra LeVan, a 27-year old teacher in Mesa County. “I do this for personal protection and self-defense, from both potential animal and human predators.”

LeVan is not alone; Rather than avoid hiking because they don’t have a companion, some women are opting for more than bear spray for protection when they hit the trails. The question of whether or not one should carry a gun while hiking has long been a topic in online group chats, and there is a Facebook group just for women who hike with guns.

The Colorado Bureau of Investigation does not tally gun ownership by gender, so it’s not possible to see how many women in the state are gun owners.

A couple of recent incidents on the Front Range trails have brought the issue up for many hikers:

“Most women I know have been touched or grabbed by men when in the woods. It’s too common,” said Sara C., a 35-year-old Denver business owner who did not want her full name used for fear of being targeted. “A creepy guy sees a girl fishing or hiking alone, tries to grab her arm or her body … dogs and guns will scare people off.”

Both of the women interviewed for this article, along with many others who commented in private social media group chats, were quick to say that a gun is only useful if the person carrying it has been trained to use it properly. In addition, people should know the rules for carrying and using weapons — particularly guns — of the state and land management agency where they are hiking.

“You should not carry a gun while hiking unless you are completely comfortable handling it and have the proper education on how to do so,” LeVan said. “If you cannot unholster your gun, take it off safely, aim and fire without fumbling, you need more practice.”

In Colorado, the rule is generally that it is legal to open-carry a gun, but a permit is needed for concealed carry, such as in a backpack.

While it is legal to carry a gun for protection, it is not legal to kill wildlife outside of hunting season.

“In Colorado, a person is legally allowed to defend themselves if their life is in danger,” said Travis Duncan, public information officer for Colorado Parks and Wildlife. “Simply feeling threatened or frightened is in no way grounds for shooting an animal.” He added that cases of illegal poaching are investigated each year.

“Colorado Parks and Wildlife advocates for safe firearm use, a skill which can be honed through Hunter Education courses through the agency,” Duncan said.

One of the exceptions to the state rules is in Boulder County, where firearms are not permitted on county open space, where there are over 110 trails to explore. In Rocky Mountain National Park, the rules are a little more complicated and it is not legal to discharge a firearm in the park, though the state laws otherwise mostly apply. In a statement released after the accidental shooting in July, park officials said that “Firearms should not be considered a wildlife protection strategy.”

Even those who carry a gun while hiking said that they do not rely completely on it for protection against various elements in the wild.

“Carrying a weapon is a very serious responsibility and it’s not for everybody, and that’s fine,” Sara C. said. “You need to be 900% sure how to handle, fire and disassemble your gun and know how to stand and draw so your weapon is not used against you.”

There are many safety precautions available to solo hikers other than carrying a gun, including leaving word with a trusted friend about where you are going to hike and when to expect you back; taking a self-defense class; carrying an air horn, a whistle, bear spray (which cannot be used on humans), or pepper spray; or carrying a knife and knowing how to use it properly.

“You should still go out and feel confident by yourself as a woman,” Sara C. said. “I have always really felt competent and confident in the outdoors, but I didn’t realize how uneasy I felt with my personal safety until I started carrying a gun. I feel exorbitantly more comfortable because I know how to use a gun, not because I have one.”