Social distancing is slowing not only Covid-19, but other diseases too 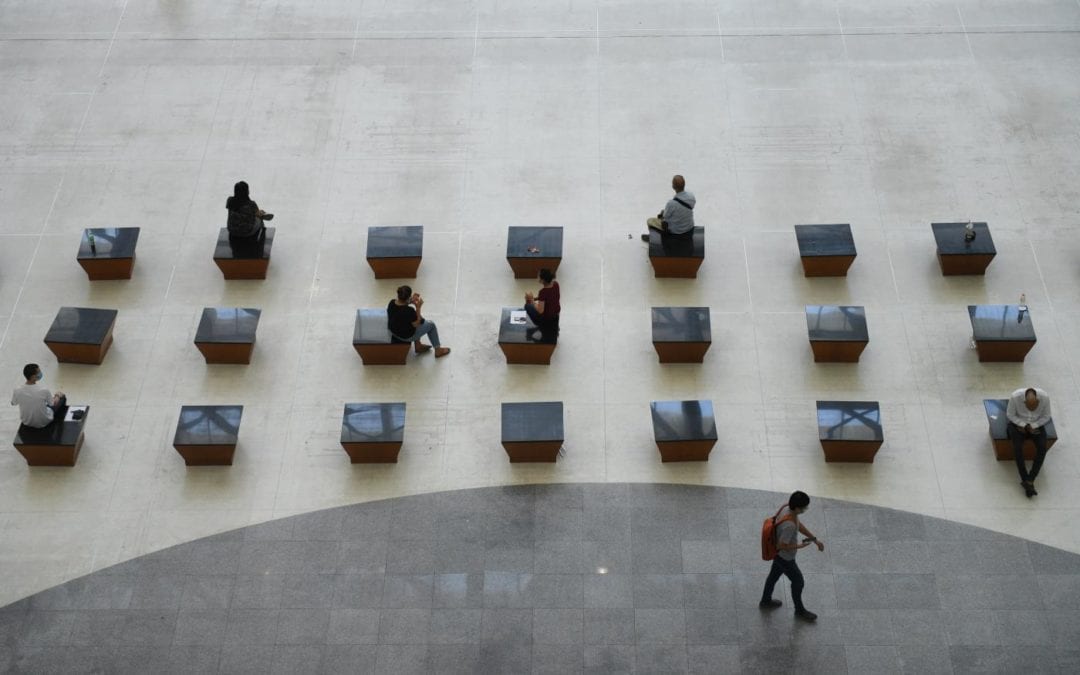 As governments around the world have pushed their citizens away from populated places to slow the spread of Covid-19, they may not have realized that they were also combatting other infectious diseases, such as the seasonal flu.

But they have been, according to data from Kinsa Health, a company that has sold or given away more than 1 million smart thermometers in the US. Kinsa collects anonymized thermometer readings (via its app, which users connect to the device) from its active user base to estimate the share of people that are ill in different geographies. By comparing current thermometer readings to historical trends, researchers have used Kinsa’s data to predict flu outbreaks weeks before the Centers for Disease Control and Prevention’s surveillance program, which uses hospitalization records.

Recent data clearly show the spread of Covid-19. On March 19, the share of Americans with temperatures indicating they had flu-like symptoms was about 4.9% when it typically would be expected to be about 4.0%. This was likely a result of the spread of Covid-19, according to Kinsa’s researchers.

But by March 23, it was down to 3.3%, when it would typically be at 3.7% (the share of fevers decreases quickly at this time of year because of the end of winter).

The drop—from 0.9% above typical flu-like illness rates to 0.4% below—in just four days is the largest one Kinsa has ever observed in such a short period of time, according to Kinsa CEO Inder Singh. “There is no known precedent for this type of extensive social distancing in recent time,” said Singh. “We have nothing to compare this to, but this extreme drop is exactly what we would hope and expect with the measures currently in place.”

Due to the emergence of the coronavirus, Kinsa is receiving two to three times more thermometer readings per day than in previous flu seasons. Historically, Kinsa’s methods have been able to account for a sharp rise in the number of people taking tests, said Benjamin Dalziel, a professor at Oregon State University who studies infectious diseases. For his research, Dalziel has ensured that a spike in testing didn’t lead to inaccurate predictions, and so he believes the current decline in illness is a result of social distancing, and not a statistical anomaly. (Dalziel has had research funded by Kinsa in the past).

Kinsa claims its data showed New York City and South Florida were possible Covid-19 hotspots even before testing proved that to be so. The data below show that King County, which includes Seattle, was well above average at the beginning of March when the outbreak there was in full effect. New York County (the borough of Manhattan), Miami-Dade County, and San Francisco County were also above typical early in the month.

By mid-March, temperatures in King County and San Francisco were beginning to fall, while New York and Miami-Dade continued to rise. Since March 19, readings from all of these counties have fallen due to social distancing.

Unlike most places in the US, El Paso County, Colorado has not seen a decline in user temperatures over the past week. The data doesn’t show us exactly why—it may be because people in the county are not yet social distancing as much as in other parts of the US, or because the outbreak of coronavirus is overwhelming gains from decreased social contact. As of March 25, the county had 106 confirmed Covid-19 cases.

Even the places that have benefitted most from social distancing may not see their temperatures stay low if outbreaks persist, Dalziel said. Though social distancing can do a lot to slow the spread of diseases like Covid-19, it has not yet been able to stop it completely.