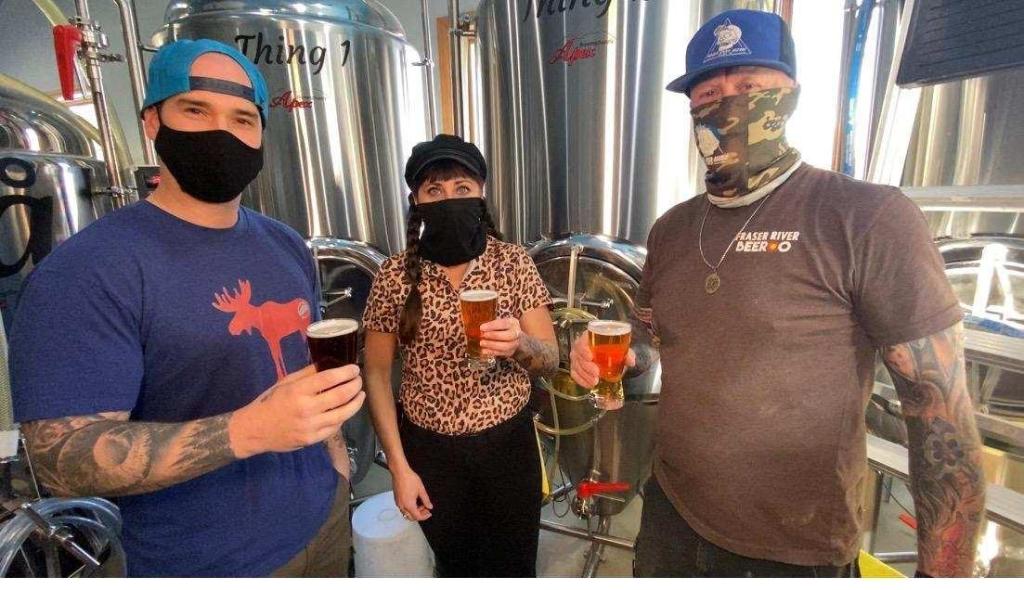 When Colorado bars, restaurants and breweries shut down because of the coronavirus this spring, Fraser River Beer Co. was able to stay afloat with help from an emergency small business grant organized by the Grand Foundation.

So when Brian Nichols, the brewery’s co-owner and head brewer, began to understand the extent of the damage caused by the East Troublesome fire — and that the nonprofit Grand Foundation was leading the charge to help people affected by the fire — he knew it was his turn to give back.

Fraser River Beer Co. is one of six Grand County breweries making its own version of the East Troublesome pale ale, a benefit beer with 100 percent of sale proceeds going to the Grand Foundation’s wildfire relief efforts.

Though each brewery can put its own spin on the finished product, all the beers are made with malts donated by Root Shoot Malting, hops donated by Colorado Hop Company and yeast donated by Propagate Lab. Brewing is already underway at several breweries, with a plan to put the benefit beer on tap in the coming days.

This isn’t the first time during this challenging year that Colorado’s breweries have come together to support others in need. In May, more than 125 breweries across the state created their own version of the Colorado Strong pale ale to help support people affected by the pandemic.

The East Troublesome fire started Oct. 14 and expanded rapidly, engulfing nearly 200,000 acres and damaging more than 350 homes and 200-plus outbuildings and commercial structures. The fire is now 60 percent contained and is not expected to keep growing.

As the fast-moving wildfire spread, residents of Grand County quickly sprang into action to help their neighbors evacuate and transport cattle, horses and other animals to safety. The benefit beer is just an extension of that attitude, said Michael Bischoff, head brewer at The Peak Bistro and Brewery in Winter Park.

“We’re a small community up here,” Bischoff said. “We pretty much all know one another; it’s kind of a tight-knit group. There’s a sense of family here. It was a no-brainer for us, and when Brian and I reached out to the other breweries, it was pretty much uniform: ‘Yes, we definitely want to do this. We need to do this.’ “

Though details are still being finalized, the beers will also likely be on tap at some Grand County restaurants in the near future. Four nearby distilleries — Blue Valley Spirits, Steamboat Whiskey Company, Fraser Valley Distilling and Idlewild — are also contributing to the wildfire relief efforts by donating bottle sale proceeds to the foundation (Root Shoot Malting donated corn to the distilleries).

And if you can’t make the trip up to drink a beer, the brewers suggest donating to the Grand Foundation’s wildfire emergency fund directly at .