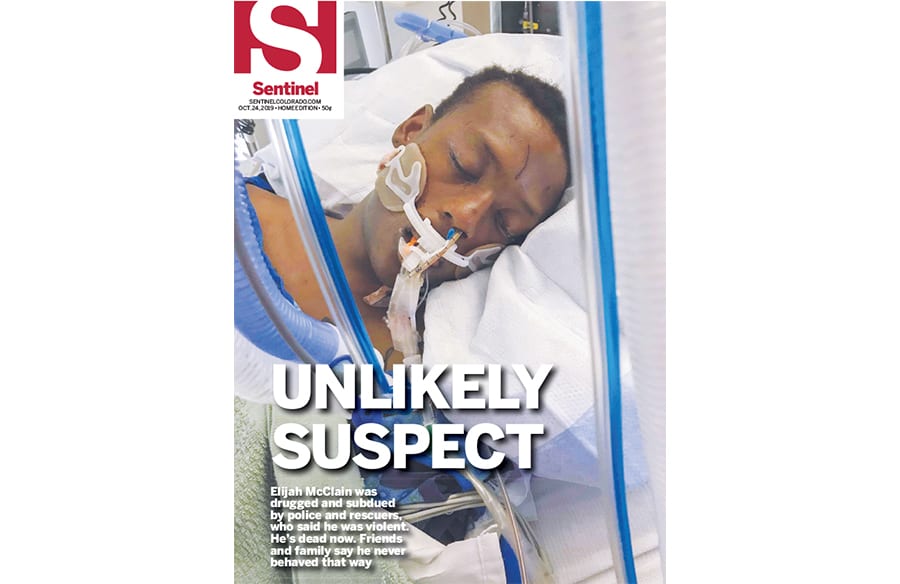 “We’re honored that our peers see the strength in the honest journalism we value, just like our readers do,” said Sentinel Editor Dave Perry. “All of these awards are hard won, but we’re most proud of being honored again with the public service award, which describes the mission of the Sentinel staff and journalists across the state.”

Sentinel staffers Kara Mason, Quincy Snowdon, Grant Stringer and Perry were honored by the Colorado Press Association for months of work investigating and editorializing on a spate of police-involved deaths. Reporters went to great lengths to provide readers with crucial details and insight about how people died at the hands of police during encounters.

Reporter Grant Stringer was honored with two first-place awards. Top honors were given for an investigation into how for-profit education contractors have changed Colorado’s public and charter school landscape.

“Fascinating and thorough,” judges said about the story.

Stringer also received top honors for an investigation in a little-known EPA Superfund site in the region that poses environmental, health and economic risks far from a landfill designated a national hazard.

“Dave Perry’s columns are laugh-out -oud funny,” judges said about his skewering local and national politicians, tourists and himself.

Sports Editor Courtney Oakes received top honors for writing sports stories and features in 2019. He received first place for, “Leu-Pierre wins emotional state title for fallen friend,” a poignant take on a lost friend. Oakes also won first place for a feature investigation into how high-school athletes are affected by and learn to navigate fame on social media.

Oakes was also honored for his photojournalism work, tabbed for stunning boys swimming photos that were “beautiful images,” winning against tough competition.

First place in news photography went to Philip B. Poston for a stunning shot of Sen. Elizabeth Warren speaking to an Aurora crowd during a political rally as a candidate for president.

“Beautiful image with great composition, color, lines and clean background,” one judge said. “The photographer obviously worked hard to get this frame.”

Poston also won first place for “HIGHLY CALF-INATING: Kids catch a calf and sometimes a career,” a moving, months-long photo essay of an area teenager who raised a calf for a national competition.

Sentinel Colorado was also honored for having the best daily-newspaper website, recognition the Sentinel has garnered every year for more than a decade.