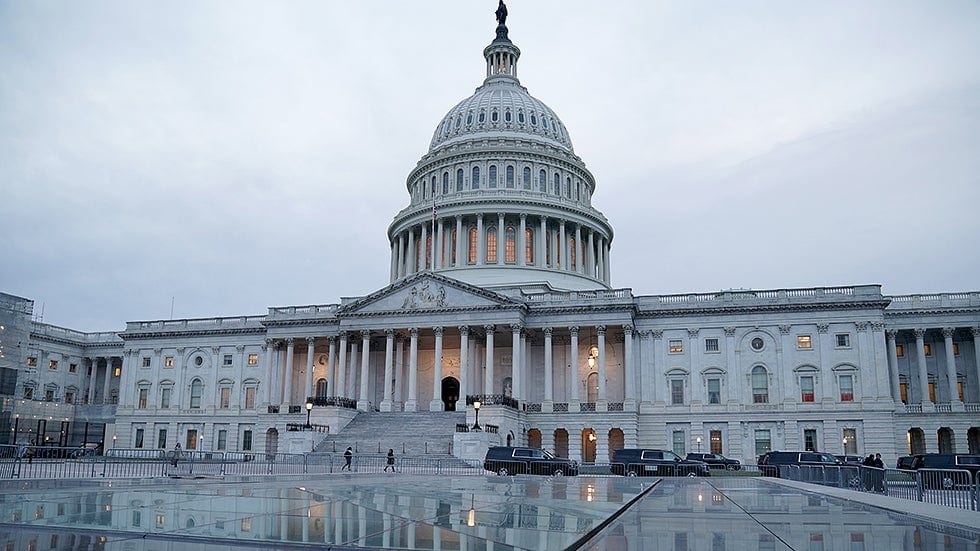 The coronavirus stimulus deal the Senate is expected to pass on a bipartisan basis Wednesday includes $400 million to shore up elections and promote mail-in voting in the midst of the coronavirus pandemic.

A Senate source told The Hill that the $400 million would be made available to states to “help prepare for the 2020 election cycle, including to increase the ability to vote by mail, expand early voting and online registration, and increase the safety of voting in-person by providing additional voting facilities and more poll workers.”

The funds, which were included in an estimated $2 trillion spending package that the Senate is expected to approve on Wednesday, are an increase from the previous $140 million figure proposed in an earlier Senate funding bill.

This figure was based on a report put out by New York University’s Brennan Center for Justice last week. The report estimated states would need around $2 billion to ensure they could provide all Americans with the option to vote by mail, increase the ability to absentee vote, hire more poll workers and boost the safety of in-person polling sites.

The senators and election advocates warned that if states did not receive funding to help adapt elections to voting remotely, there could be severe disruptions to the general election in November, and low turnout.

Coons said in a statement on Wednesday that while he was pleased by the funds being included in the spending bill, they were not enough and that he intended to “keep pushing” for more.

“The election funding included in the final stimulus package provides important assistance to states to expand access to the polls, but it’s not enough to guarantee full implementation of these critical election reforms,” Coons said. “It’s on the federal government to safeguard our constitutional rights and make sure that, even while our country faces this pandemic, we still protect our democracy.”

Other election-focused groups were also not pleased by the funding amount.

Sean Eldridge, the president of political nonprofit group Stand Up America, told The Hill in a statement that the $400 million was not enough to address the threat the coronavirus crisis poses to elections. Stand Up America drove thousands of constituent phone calls to Congress over the past week to push for mail-in voting funds.

“While we’re encouraged that our grassroots advocacy and pressure from Democratic lawmakers forced Republicans to increase funding for voting access from $140 million to $400 million, it’s still not enough to ensure the integrity of the 2020 election,” Eldridge said.

“Congress must fully fund national vote-by-mail, online registration and early voting in the next coronavirus response package so that states can ensure every eligible voter can cast their ballot this fall,” he added.

Brennan Center President Michael Waldman said in a separate statement that the Senate’s decision to not include $2 billion for elections could “wreak havoc” on the November elections.

“That funding is not partisan and it is not a luxury,” Waldman said. “Time remains of the essence.”

Wyden and Klobuchar have also strongly pushed for passage of legislation they introduced last week that would place additional requirements on states to give voters more time to cast their ballots either in-person or remotely, and that would heavily support the use of mail-in ballots.

The two senators said in a joint statement on Wednesday that they would “fight” to get their bill passed.

“While this funding is a step in the right direction, we must enact election reforms across the country as well as secure more resources to guarantee safe and secure elections,” Klobuchar and Wyden said.

Colorado, Washington and Oregon already conduct their elections only through mail, while over a dozen other states offer mail-in voting as an option.

In light of the coronavirus crisis, several states have taken steps to promote the use of mail-in voting. Georgia Secretary of State Brian Raffensperger (R) that the state will mail absentee ballot request forms to all Georgia voters, while Iowa Secretary of State Paul Pate (R) on Monday said that he would extend the period to vote by mail in the June primary elections to 40 days ahead of Election Day.

In Ohio, legislators are including in a state bill provisions that would allow the Ohio secretary of state to mail ballots to voters who do not vote in person during early voting periods.

The proposed funding marks the second time in less than a year that Congress has appropriated money for elections to states. $425 million was previously given to the states through the Election Assistance Commission (EAC) in December to address election security concerns as part of the 2020 appropriations package.

These funds have not yet been given to states, which have until the end of April to submit a budget request for them, though states are allowed to incur expenses against the funds. The EAC announced earlier this month that it would allow states to use the funds for cleaning supplies at polling stations to prevent the spread of coronavirus.