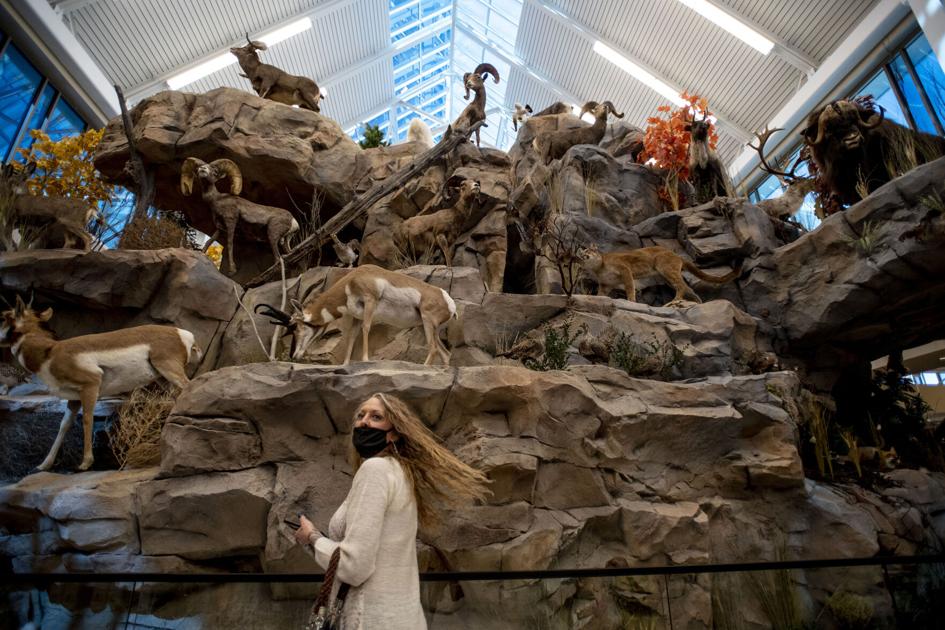 Scheels All Sports expects an In-N-Out Burger-like throng of customers when the outdoor equipment, sporting goods and apparel store opens at 9 a.m. Saturday on Colorado Springs’ north side.

The Scheels is at InterQuest Marketplace, northeast of Interstate 25 and InterQuest Parkway. In-N-Out debuted its first Springs restaurant in November in the nearby Victory Ridge development, where thousands of customers showed up and motor vehicles stretched for more than a mile in the early morning and grew longer as the day went on.

“I don’t even think what they had will be close to what we’ll have,” predicted Scheels store leader Cory Tweden, who said Colorado Springs police will be on scene to help control traffic Saturday and Sunday, a presence paid for by the retailer.

No matter who wins bragging rights for the biggest opening day crowd, why is Scheels attractive?

The North Dakota-based retailer bills its massive stores as an “experience” and not just another place to shop for outdoor products and sporting goods.

In Colorado Springs, Scheels’ two-story, 220,000-square-foot store — about the size of a Walmart Supercenter — will sell fashion and athletic clothing and footwear; hunting, fishing and camping equipment; bikes; golf, soccer, basketball and other sports items; and exercise and fitness products, among other merchandise.

Scheels prides itself on also offering a multitude of amenities for customers who want to spend several hours at the store. They include:

• An indoor, 65-foot tall, 16-car Ferris wheel in the center of the store is perhaps Scheels’ highest profile attraction. For $1, customers can enjoy a 10-minute ride and get a view of the entire store. Tweden, however, said the Ferris wheel won’t open on Saturday. To comply with COVID-19 capacity limits, Scheels will limit the number of customers inside the store to 1,200 at any given time, Tweden said. Because it might be difficult to ensure social distancing for customers standing in the Ferris wheel line, the attraction will remain closed until at least Monday, he said.

• A cafe and coffee shop that serve soups, sandwiches and beverages.

• A candy shop with more than 100 items that include hand-dipped chocolates and caramel apples.

The Springs location will be Scheels’ 29th and its second in Colorado; another store is in Johnstown, north of Denver. Scheels has stores in 13 states.

Scheels, which is employee owned, has hired 415 people for its Colorado Springs location, Tweden said. Most were hired locally, though about 60 transferred to the Springs from the chain’s other stores.

While sure to draw a crowd, Scheels isn’t the only game in town for outdoor equipment and sporting goods. In 2013, Bass Pro Shops opened in the Polaris Pointe retail complex a few miles north of Scheels. Mountain Chalet, Dick’s Sporting Goods, Sportsman’s Warehouse, REI and Big 5 Sporting Goods are among the local, regional and national brands that also sell sporting goods, apparel and other items that appeal to outdoor enthusiasts.

Scheels’ opening has been more than two years in the making and hasn’t been without controversy.

The Colorado Springs City Council granted a $16.2 million sales tax rebate to the retailer in 2019, based on estimates that the store’s economic impact could total $1.5 billion over 25 years.