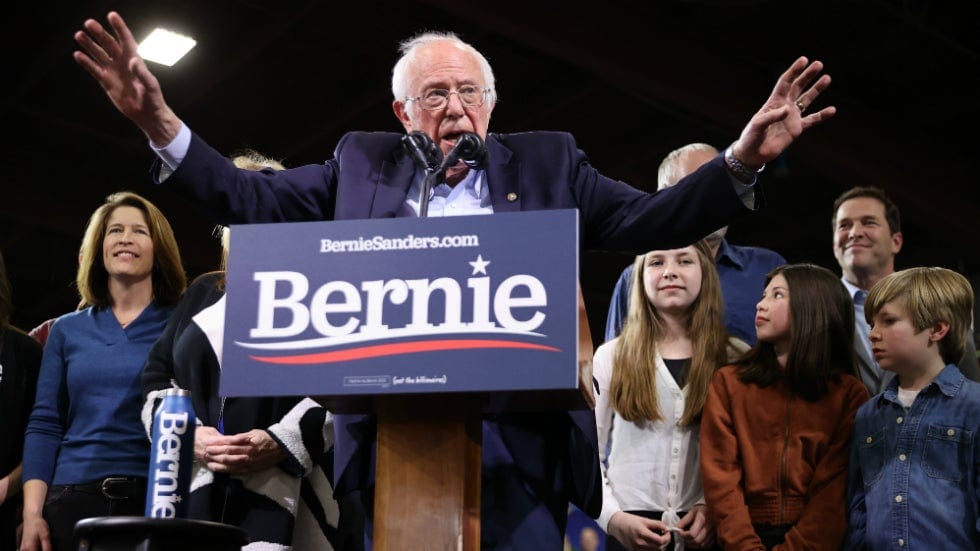 Sanders, a progressive firebrand, said Biden’s centrism and vows to return the country to the politics of the Obama administration would be insufficient to defeat President Trump

The remarks came after Biden went on a winning spree across the South, racking up victories in Alabama, Arkansas, North Carolina, Oklahoma, Tennessee and Virginia as well as Minnesota and Massachusetts. The wins helped Biden take a delegate lead over Sanders, who has thus far won primaries in Vermont, Colorado and Utah. But Sanders is expected to perform well in Texas and win California, which hold the second-most and most delegates of the Super Tuesday states, respectively.

Sanders swiped at Biden over a litany of past votes and comments, including his support of the Iraq War while he was in the Senate and remarks about cutting Social Security and other programs.

“We’re going to beat Trump because this will become a contrast in ideas. One of us in this race led the opposition to the war in Iraq. You’re looking at him. Another candidate voted for the war in Iraq. One of us has spent his entire life fighting against cuts in Social Security and wanting to expand Social Security. Another candidate has been on the floor of the Senate calling for cuts to Social Security, Medicare, Medicaid and veterans’ programs,” Sanders said, provoking boos regarding Biden’s record.

Sanders went on to slam Biden’s vote to approve the North American Free Trade Agreement, a trade deal that progressives have long railed against over what they say were insufficient protections for U.S. workers. The deal has been replaced by the United States–Mexico–Canada Agreement.

Sanders’ broadside against Biden comes as the primary race largely evolves into a two-person race.

Michael Rubens Bloomberg5 states to watch on Super Tuesday Trump zeroes in on Biden gaffes at rally on eve of Super Tuesday The Hill’s Campaign Report: Centrists rush behind Biden to stop Sanders , another centrist, was also set to make a splash with hundreds of millions of dollars’ worth of ad buys but will reportedly reassess his campaign after lackluster showings in several Super Tuesday primaries.

Amid the realignment, Sanders vowed to his supporters that he would prevail in the primary and ultimately take the White House later this year.

“Tonight, I tell you with absolute confidence, we are going to win the Democratic nomination, and we are going to defeat the most dangerous president in the history of this country,” Sanders told a raucous crowd.