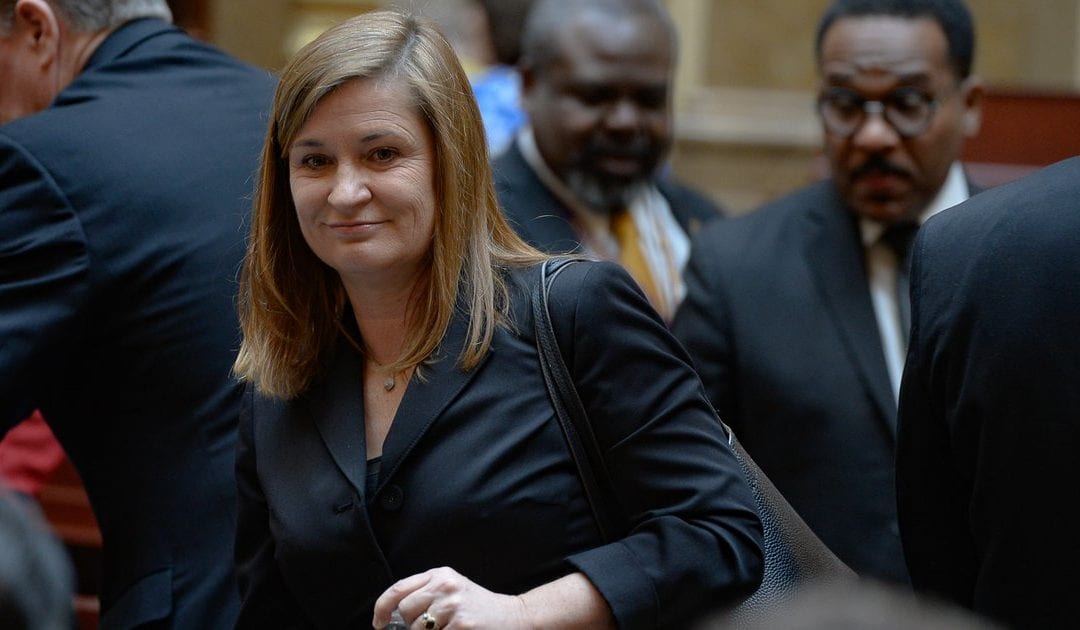 The mayor initially set up her page during her campaign for U.S. Senate in 2017, screenshots show. She then used the page to campaign for the vacant mayor’s seat left in 2018 when Ben McAdams took office in the U.S. House of Representatives. Wilson only changed her page name to “Salt Lake County Mayor Jenny Wilson” late last month after council members and county residents raised concerns after seeing posts from the page that were paid for by the county.

“I wanted to give the mayor a heads-up that I received complaints from constituents about it,” said council member Aimee Winder Newton. “Later that day, they changed the page to include a county logo and the name ‘Mayor Jenny Wilson.’”

Wilson, a Democrat, has since deleted her former campaign page, which had more than 9,000 likes. She created an official, county-owned mayor’s page May 11.

“I recognize that social media is complex,” Wilson said Tuesday. “As I looked at this and recognized there was an error here, we began to do some digging on how elected officials deal with media pages.”

Wilson said after taking office, she asked the District Attorney’s Office about making her Facebook campaign page an official county page. The intention was to donate the page and its following to subsequent mayors, Wilson said.

“The DA agreed that was an acceptable path, and on we went,” Wilson said. “The mistake was not to delete old posts.”

The Salt Lake Tribune attempted to confirm the conversation with the District Attorney’s Office. At the time of publication, a response was not received.

The old posts referred to included political messages from her past campaigns, Wilson said. Rather than going back and scrubbing past posts, the mayor decided it was easier to decommission the page and start a new one.

“We had created a pretty good communication line,” Wilson said. “[But] I was sort of between a rock and a hard place. “

The mayor’s office boosted seven posts total on Wilson’s former page using county funds, she said. Screenshots obtained by The Tribune confirmed five of the posts. Most had messages about the COVID-19 pandemic, but the earliest post launched in January and promoted the mayor’s “County Conversations” podcast. 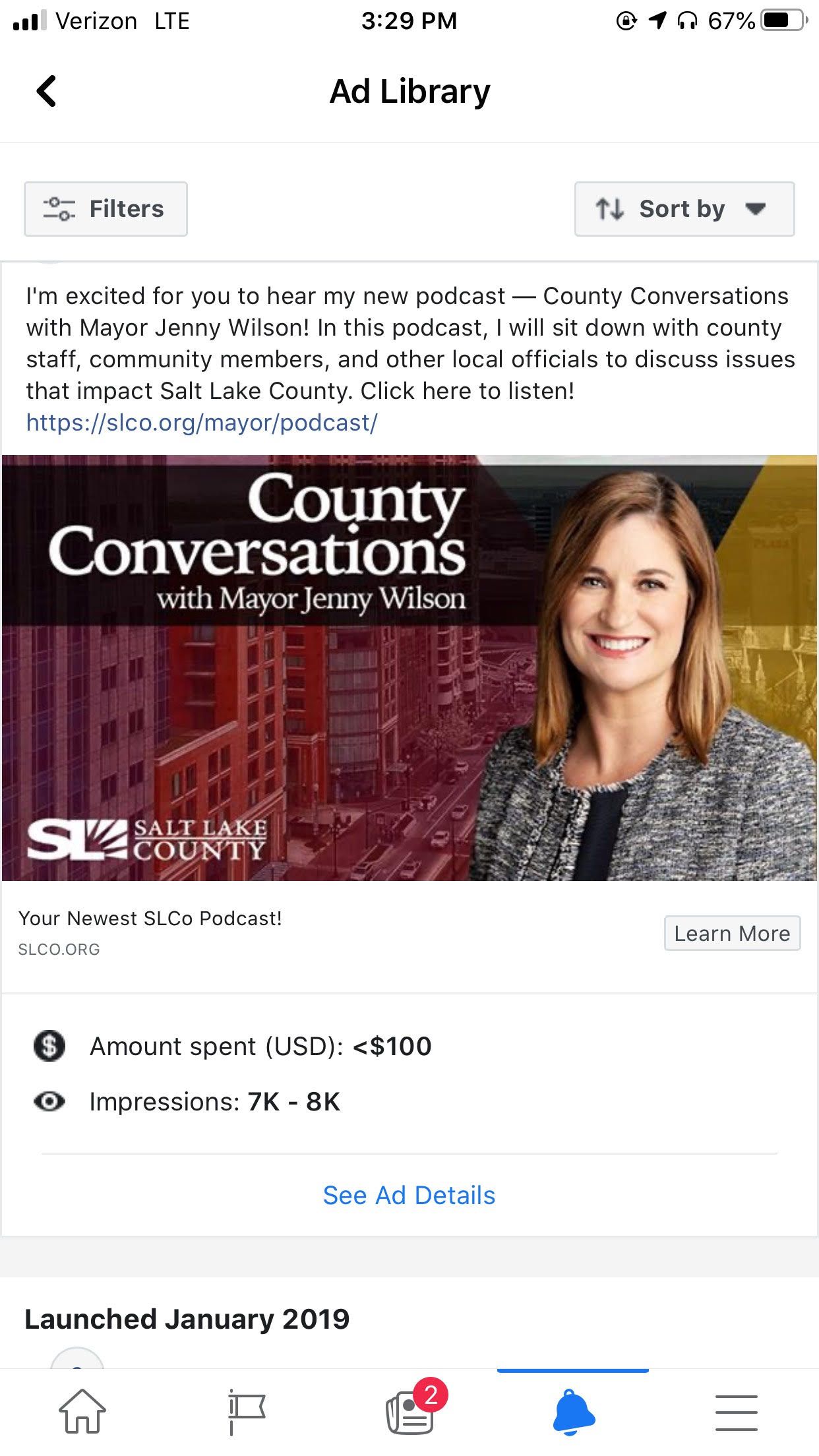 Wilson reported her office spent $2,923.06 total on the promoted posts. Money for the coronavirus education posts came from CARES Act funding, which the County Council does not oversee due to the current state of emergency. The $300 spent to promote the podcast came from the mayor’s budget, Wilson said.

“These were public funds used on Jenny’s political Facebook page that would’ve been better used to advertise on [the] county’s official pages, including the county health department’s official page,” County Council member Richard Snelgrove said. “Ideally, that money needs to be paid back.”

Wilson said she never heard any public complaints about her county-funded posts, but concerns raised by county residents prompted Winder Newton to request a review by the council attorney. That review found that during Wilson’s time in office, the county spent $2,770 on official Facebook pages, Winder Newton and Snelgrove confirmed. That means that more public funds were spent on the mayor’s deleted Facebook page than on all other county pages combined.

The two County Council members, both Republicans, did not provide a copy of the report, citing attorney-client privilege. 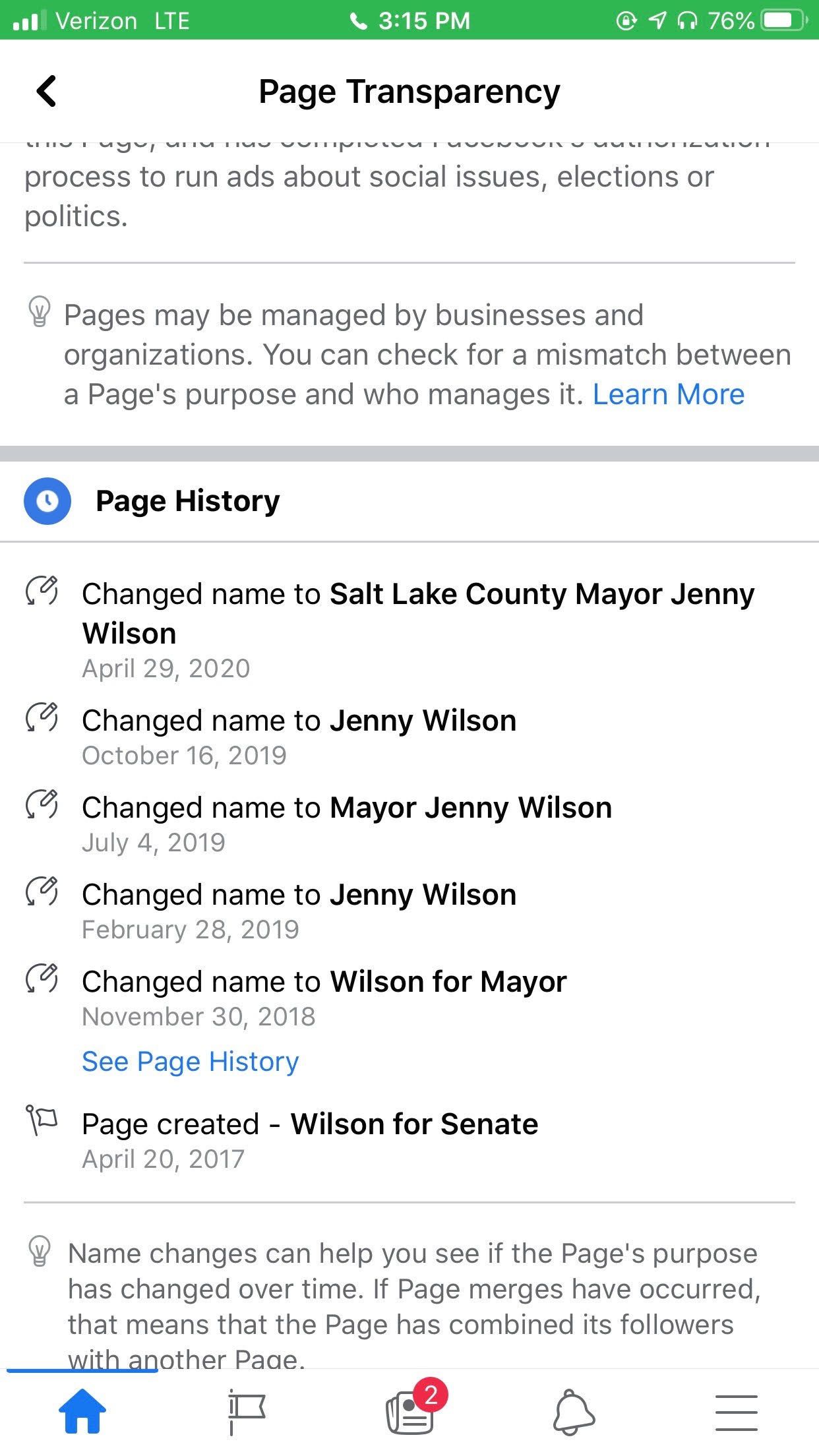 The County Council passed a motion directing their attorney and the district attorney to review the county policy for all official county social media pages during a May 12 meeting.

“My intent is not to embarrass Mayor Wilson at all,” Winder Newton said. “We just need to have a revision of our social media policy so we’re a little more clear.” 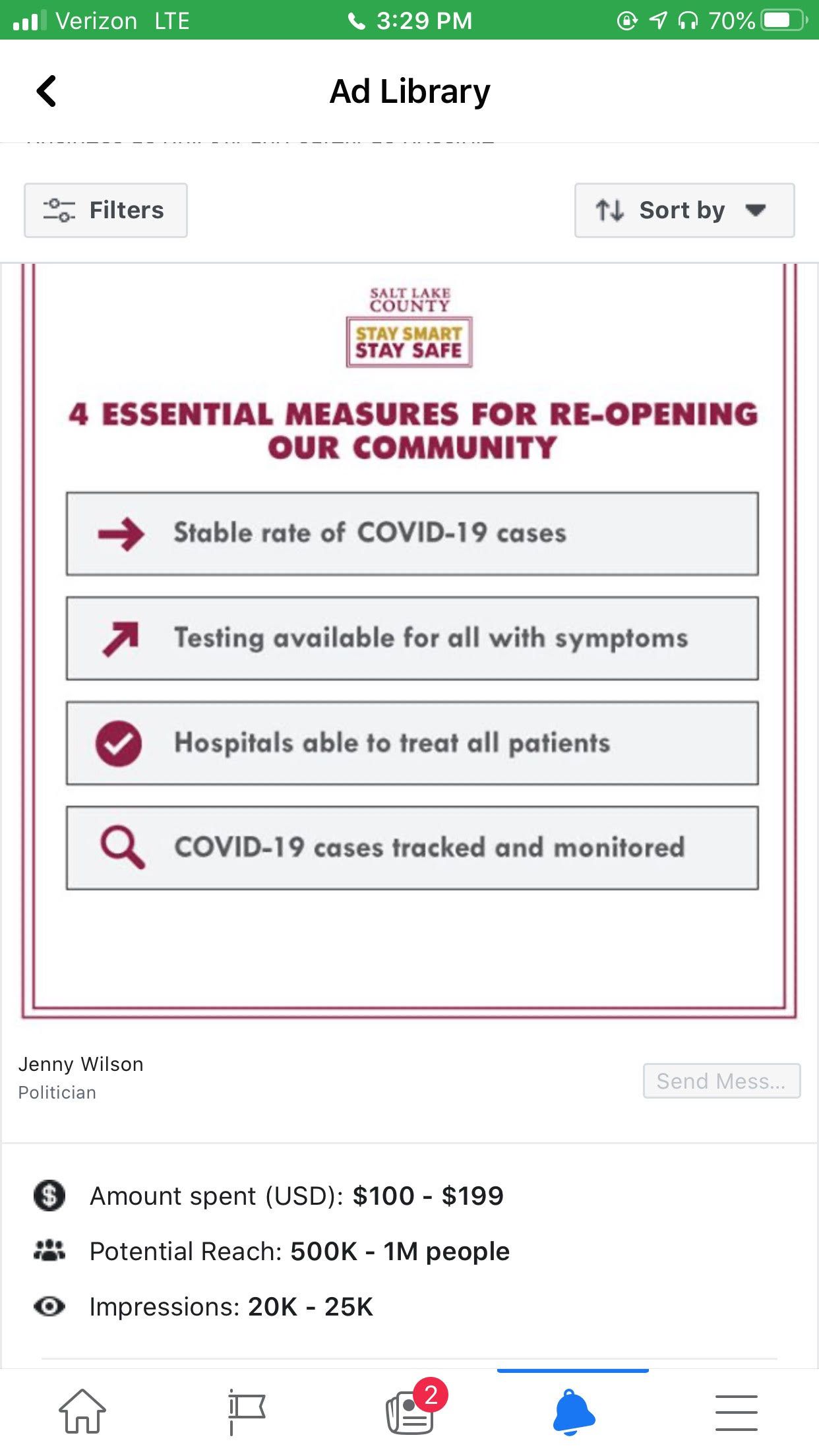 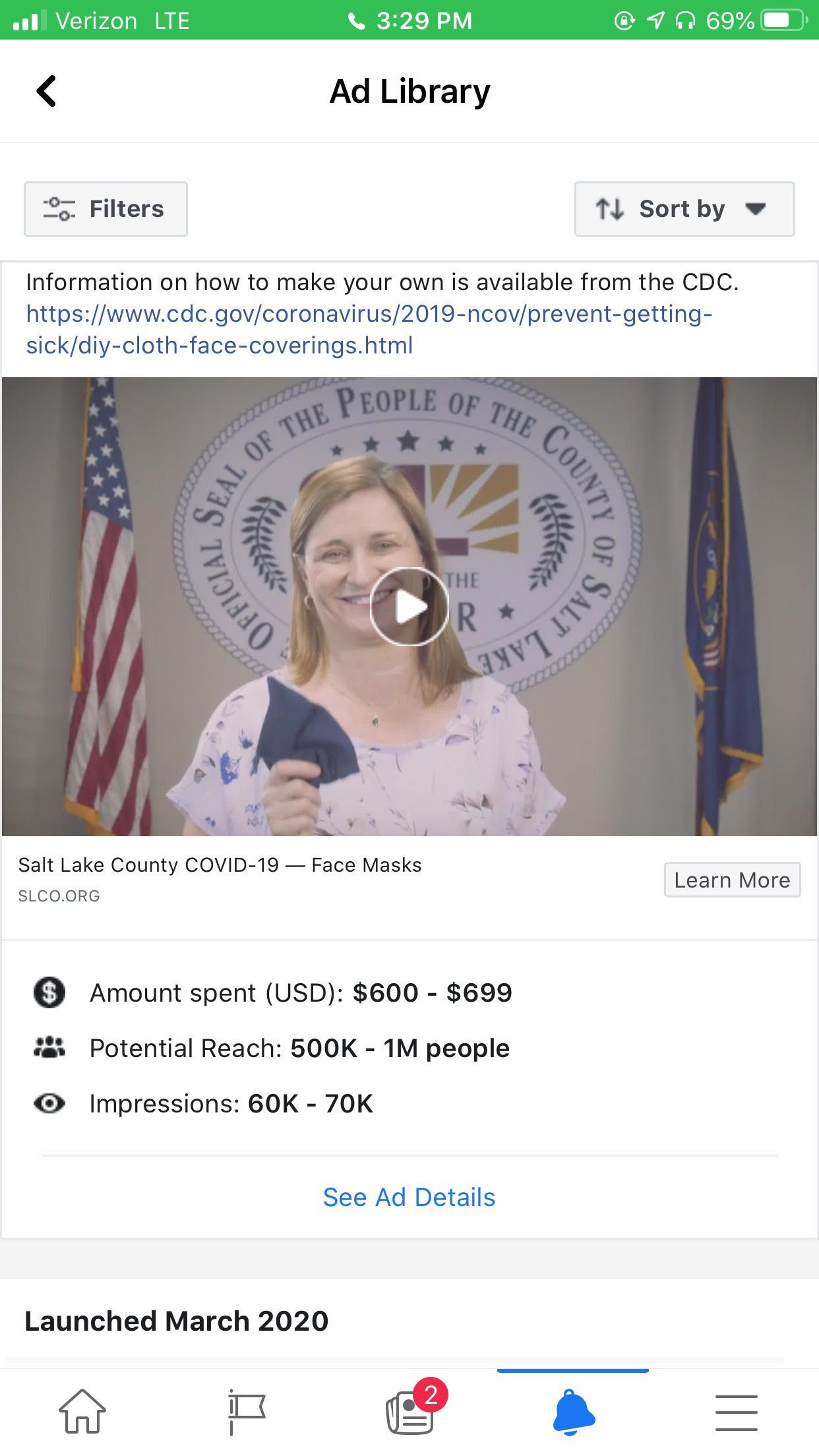 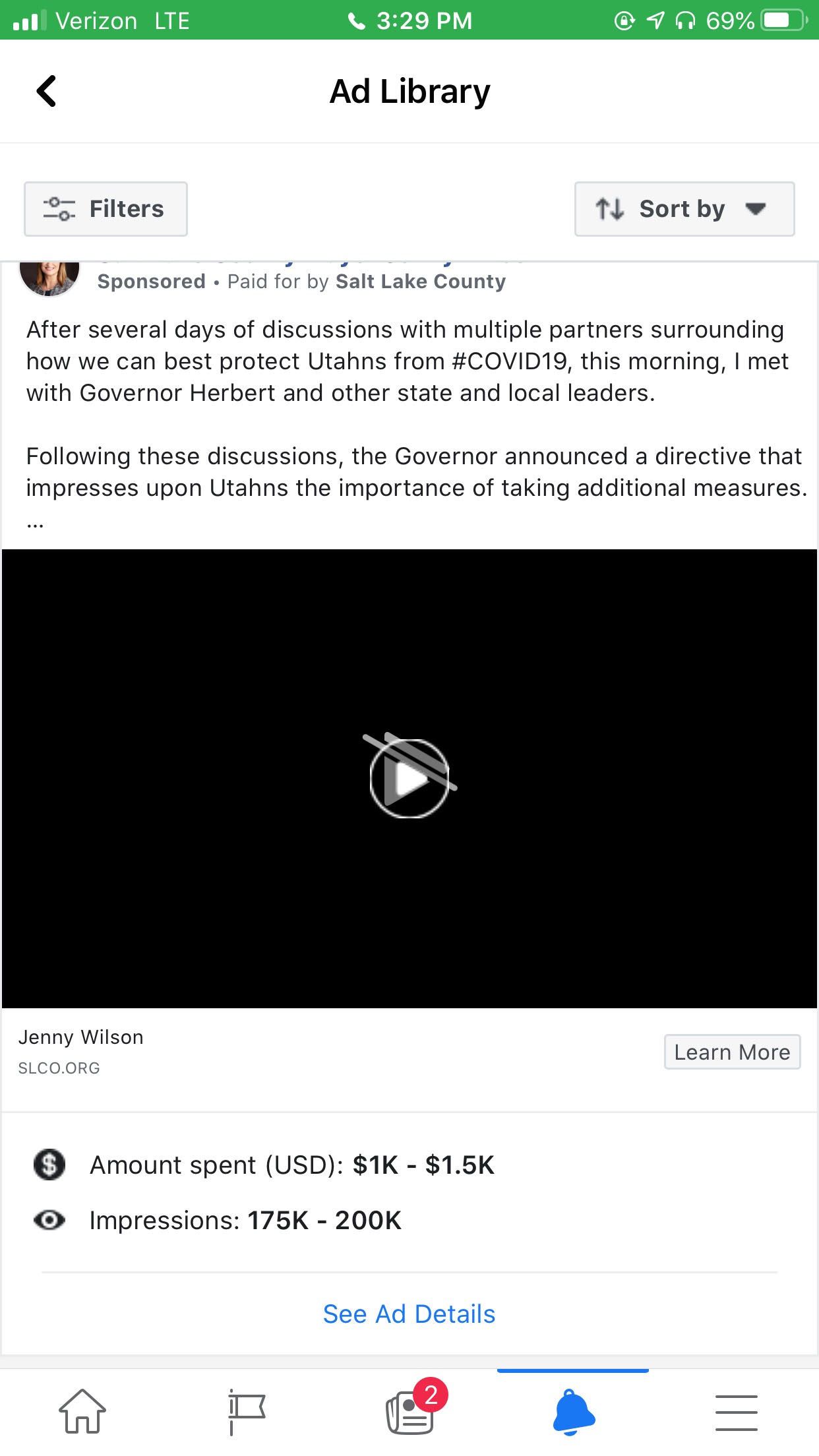 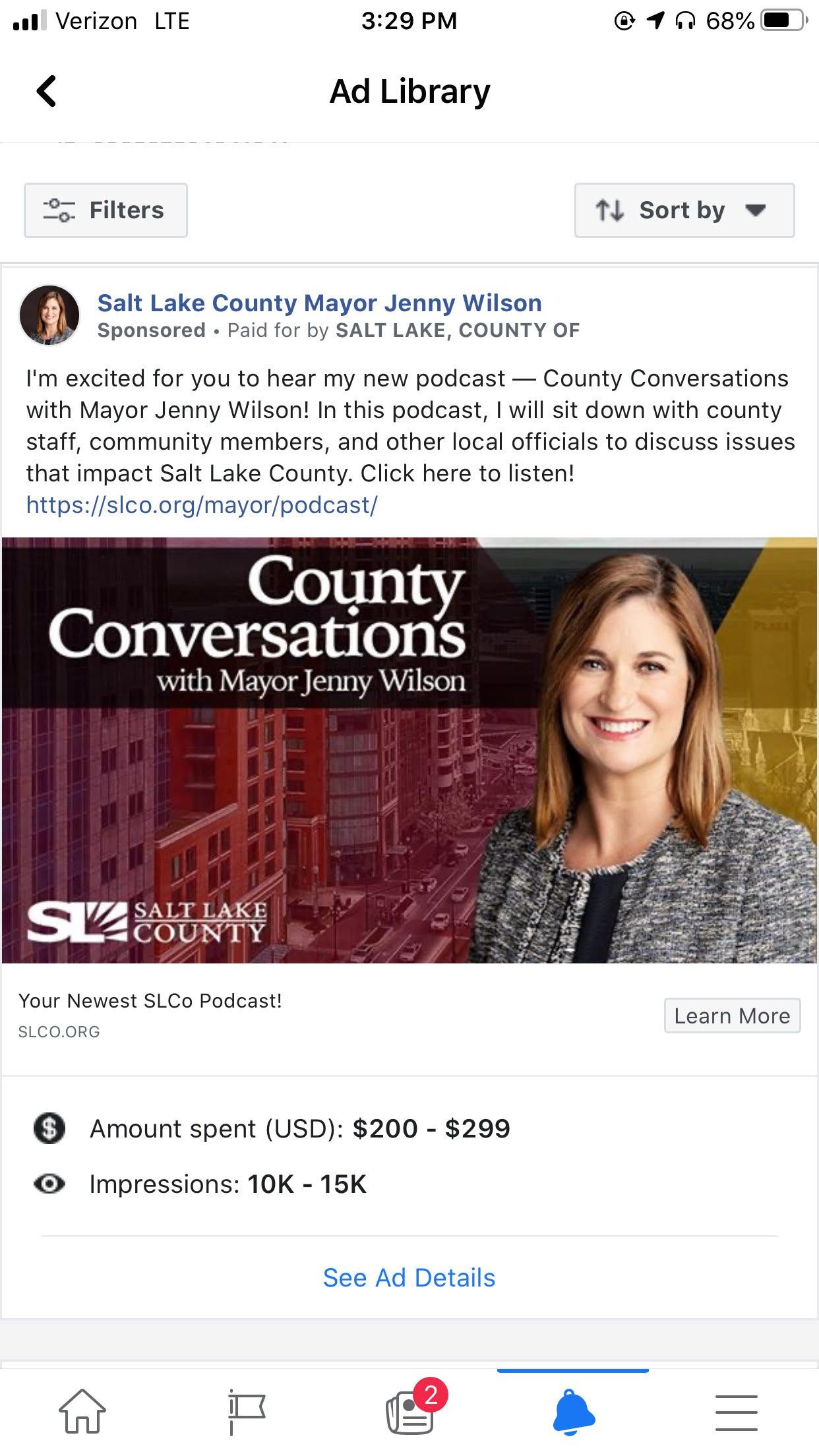