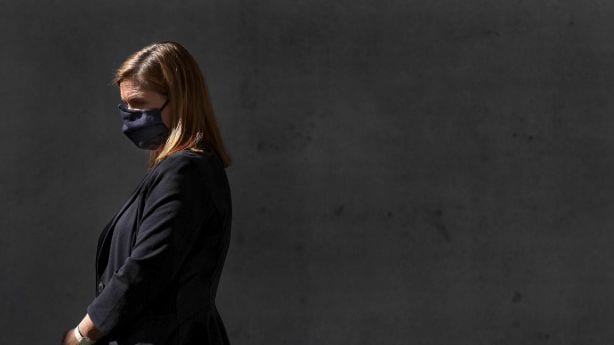 SALT LAKE CITY — As the COVID-19 pandemic has ravaged the global economy, Utah’s most population-dense county is projected to see sales tax and tourism dollars plunge by up to $96 million in the coming year.

So Salt Lake County Mayor Jenny Wilson and her finance team presented a plan on Tuesday to slash $77 million from the county’s budget, expecting the pandemic’s economic damage to cut deep enough to require a slow, two-year recovery.

“There’s nothing about COVID-19 that any of us could have imagined,” Wilson said in an interview Tuesday, after she and her finance team presented their plan to the Salt Lake County Council. “As hard as it is, and as sad as it is, I see the many moments of greatness and charity and growth and change, and I see it in the community at every turn.”

“So as much as I’m disappointed — and we’re all just wiped out by the journey we’ve been on the last three months — I can tell you our community … (we) are more resilient,” she said. “I think this journey has changed us, maybe partly for the better.”

The cuts don’t include layoffs, Wilson said, but they run deep enough for a “bare bones” budget. What county residents will likely notice the most, Wilson said, are delays for many capital projects, particularly for trails, parks and recreation.

Basically, any “shovel ready” projects, the mayor said, are put on pause. That includes a long list of projects, like new sod at the Smith’s ballpark, a nature center in Riverton, the Juniper Canyon recreation center in Herriman, and new parks, playgrounds and trails throughout the county.

“Like every other government agency in Utah and across the nation, Salt Lake County faces unexpected and difficult decisions about how to best serve the public with significantly less revenue,” Wilson said. “It won’t be easy. We have a huge budget hole to fill, while continuing to provide residents with the quality programs they expect and preparing for whatever might come next.”

The county has also implemented a hiring freeze, cut discretionary spending, and Wilson and her finance team have proposed reductions to county department budgets ranging from 3% to over 10%. The plan also calls for drawing down “rainy day” funds.

In total, more than $59 million is proposed to be cut from the mayor and other elected officials’ offices, including $35 million from the mayor’s office and related departments, according to the county’s finance staff. A big chunk of that, over $16 million, came from the county’s convention and visitor’s services department.

“I want to thank our departments and elected officials who have done the difficult work with their own operations, understanding the reality of this crisis,” Wilson said in a statement.

Without “quick thinking” early on and actions like the hiring freeze, Wilson said “our financial situation would be even more challenging.” She expressed gratitude for county employees and “their dedication and professionalism during this trying time,” and she said she’s “committed to doing all I can to prevent layoffs.”

The $77 million in proposed budget cuts come after Wilson and the Salt Lake County Council approved a 2020 budget with a 7.88% tax rate increase, sought as part of what the mayor calls a “no-frills” budget to address a “huge structural problem” as expenditures began outpacing revenue, a challenge facing the county after years of not capturing inflation despite economic and population growth. That tax hike brought in about $16 million more a year despite emotional pleas from taxpayers saying they’re living on fixed incomes and can’t keep up with any more tax hikes.

But now, after COVID-19 has changed the world, it’s a new and darker economic chapter. Property taxes, sales taxes and tourism taxes are all projected to plummet, and county officials will have to work hard to obtain that “structural balance” they aimed to fix with that tax hike.

“At this stage, it’s hard to say whether we’re structurally balanced or not,” the county’s chief financial officer, Darrin Casper, told the County Council. “My guess is we might have a slight structural deficit we might have to work with.”

The county has received federal financial support from the Coronavirus Aid, Relief and Economic Security Act, known as the CARES Act — but the county can only use that money for specific COVID-19-related expenses. Of the $203 million granted to Salt Lake County, $34 million is set aside to support interlocal agreements with other local governments.

That funding will cover both Salt Lake County and other municipalities’ direct COVID-19 response costs, including expenses for contract tracing, quarantine and isolation centers, purchase of personal protective gear, manning the county’s emergency coordination center, and grants to cities and impacted businesses.

One way the county can use that funding to help offset the budget impact, however, is to pay about 200 employees who were reassigned from their previous county jobs ranging from librarians to life guards, and who are now working in COVID-19 response roles such as bus drivers for quarantine and isolation centers.

“In that case, we were able to pick up the loss financially and recover it under COVID-19,” Wilson said. “So it ended up being a win-win all around.”

The Salt Lake County Council is expected to review the proposed cuts in an upcoming meeting.