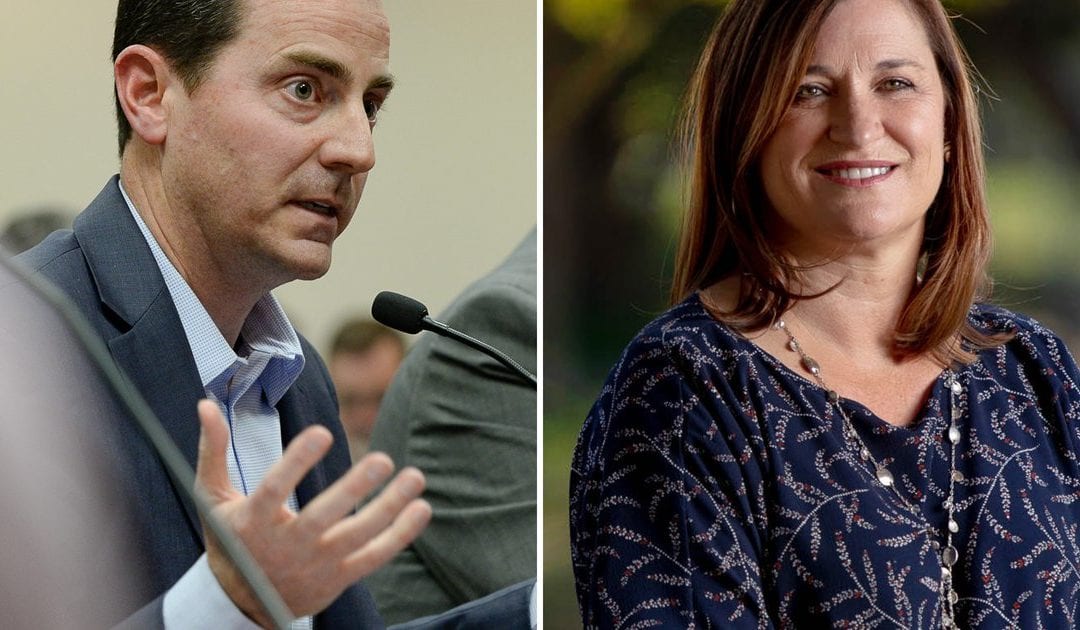 While much of the public attention this election is fixed on high profile races for the White House, Congress and the governor’s mansion, local candidates for Salt Lake County office are campaigning hard and raising and spending cash — and lots of it.

Campaigns for Salt Lake County mayor and County Council have brought in $1 million and $305,000 respectively, at last count.

In every one of these county races, Democrats are dramatically outraising Republicans. While two of the races involve Democratic incumbents, giving them an advantage in fundraising, the more liberal candidates are leading the money sweepstakes even in the two contests for open council seats to replace Republican members.

The Council’s 5-4 Republican majority could be in the balance.

Salt Lake County Democratic Party Chair Emily Hase said Democratic candidates’ lead in fundraising is a payoff of a multiyear effort to build a robust party organization and a reflection of how candidates’ messages of compassion and action are resonating.

“Donors are responding to this, and the hard work of our county candidates, by voting with their pocketbooks before Election Day,” Hase said.

Salt Lake County GOP Chair Scott Miller isn’t fazed by the Democratic lead in fundraising as he says his party has been doing more with less this election season.

“Before it was just, raise as much money as you can and hand it to as many candidates as you can,” Miller said, adding that now, “we look for value to dollar for what we spend.” This year that’s meant concentrating the party’s resources on social media, and apparently, it’s paying off. Miller said the Salt Lake County GOP is the number one Facebook account in the state for engagement.

“I am very proud of our candidates for how well they have run competitive, fiscally conservative and issue-based campaigns,” Miller said.

Chris Harelson, campaign manager for Staggs, the mayor of Riverton, said a funding disparity is to be expected when running against an incumbent. But he added that the campaign hasn’t been outworked, saying it has made nearly 1 million direct personal contacts with voters.

“Voters don’t care how much money a candidate has raised. They want to know if you are willing to reach out and talk to them. That is the big difference between the candidates. Mayor Staggs listens to residents and has real plans for change,” Harelson said.

Wilson’s campaign spokesperson Ian Koski said Wilson’s team has only done a fraction of its usual fundraising efforts because her time and efforts have been focused on handling the COVID-19 pandemic.

“That we were still able to raise what we did is a kind of a testament to the support she’s earned, especially over this last year,” Koski said. “The mayor’s been out there making frankly difficult decisions to keep people safe, and I think a lot of people are grateful for that.”

The difference in campaign contributions between Staggs and Wilson pale, however, when compared to Green Party mayoral candidate Michael Cundick — whose total contributions added up to $6,109, all of it from individuals.

Staggs’ largest donor was Dynamic Blending, a multimillion-dollar cosmetics company based in Vineyard, and its owners. He also received more than $139,600 from businesses, including trucking company C.R. England, Nevada-owned OCIFG Inc, home construction companies like DR Horton and Edge Homes and medical care companies like Medallus Medical, which owns a string of urgent cares on the Wasatch front, and Med USA, a medical billing and software company. Staggs also took in sizable donations from organizations like Recreation Vehicle Dealers Association, the Wasatch Residential Group and the Salt Lake Home Owners Association.

The largest PAC donor to Staggs’ campaign was the Reagan Roundtable, a conservative PAC whose officers have included Gov. Gary Herbert, according to Utah Policy, followed by Friends of Mia Love; Salt Lake Board of Realtors; and Fighting for Freedom in the 21st Century, which has contributed more than $141,000 to Republican campaigns on the federal and state level, including congressional hopeful Burgess Owens.

County Council at Large A 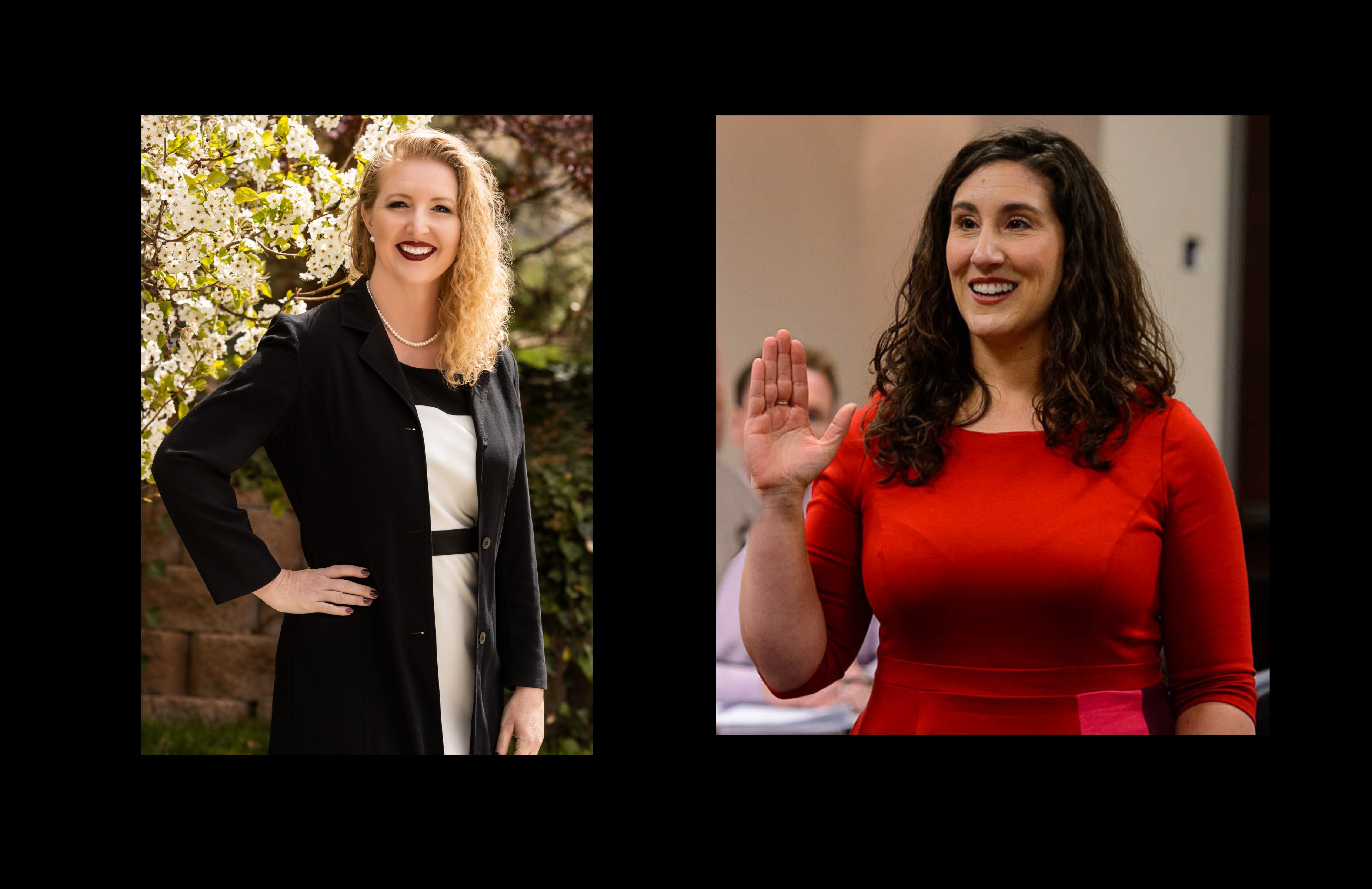 County Council member Shireen Ghorbani, a first-term Democrat, raised $107,733, seven times as much as challenger Laurie Stringham, who brought in $15,257, and more than any other county council candidate.

Ghorbani attributed her fundraising success to her previous experience running a congressional campaign in 2018 and to her campaign’s ability to connect with donors.

About 72% of Ghorbani’s contributions came from individuals, including her largest overall donor, Tim Watcke, a developer who owns the Maven District, a curated block of wellness businesses on 9th and 9th.

“I am incredibly proud that we have over 900 donors on Team Shireen,” Ghorbani said.

Her two second largest donors were the Salt Lake Board of Realtors and investment company East Star.

Stringham did not receive much in the way of donations from businesses or organizations but did secure $800 from Utah Values PAC LLC and $250 from the Friends of Jason Chaffetz, a PAC run by the former congressman. 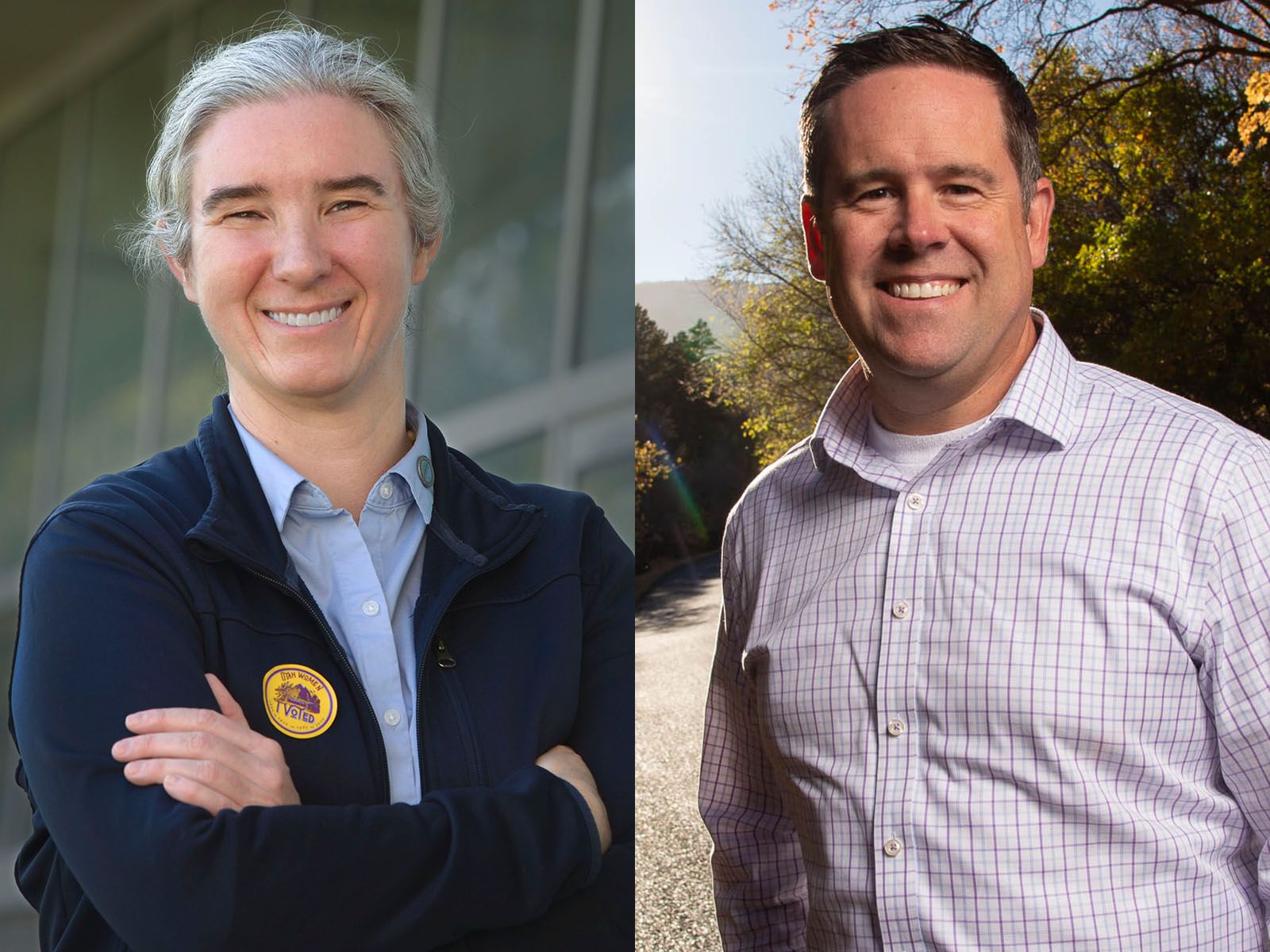 Well over half of Alvord’s $22,795 in campaign cash came from the candidate and his business.

Profession Insurance Exchange Mutual, Utah’s largest dental malpractice insurance company, chipped in about 21% of the total to Alvord, who became CEO there after selling his private dentistry practice earlier this year. Another 35% came from Alvord’s pocket. 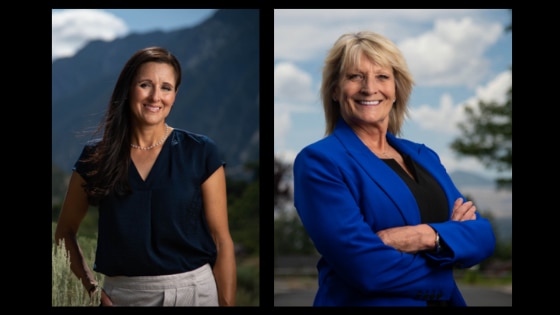 “When I decided to run as a Democrat, I knew that in order to have a fighting chance I would need to raise a significant amount of money so that I could reach as many voters as possible,” Hrechkosy said. Her goal was $50,000. She raised $64,259.

Her own donation of $11,097 was the largest. Retired hedge-fund manager Art Lipson, Kem Gardner and Bruce Bastian also made big contributions to her campaign.

Theodore had few large donations among her total fundraising of $10,884.

The only contributions of $1,000 or more came from the Salt Lake Board of Realtors, Staggs for Mayor, Bonham and an in-kind donation from GR Consulting. The Salt Lake County Republican Party also made a $534 contribution.

“I stayed within budget while getting my message and material distributed,” she said. “Although COVID-19 changed the way we campaign, I have had a wonderful time running this race.”