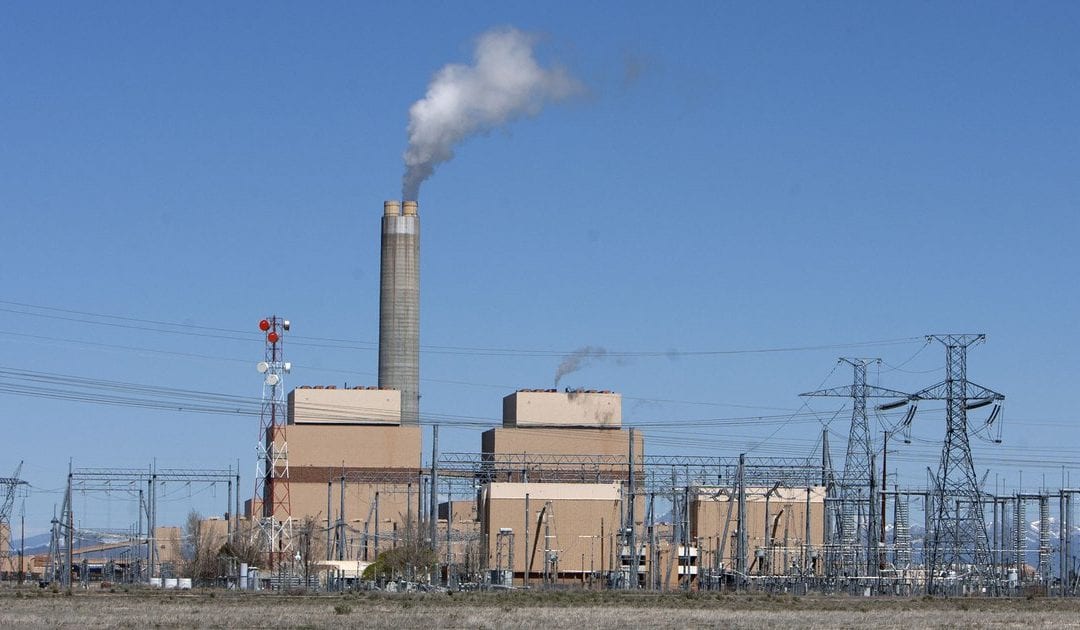 Back in the 1980s, Utah lawmakers thought they had “a gentlemen’s agreement” with the then-new Intermountain Power Plant (IPP) outside Delta to exclusively burn coal mined in Utah.

But since 2012, the 1,800-megawatt plant, which sends most of its output to Southern California, has increasingly used out-of-state coal, even as its overall consumption has plunged, sparking the ire of several rural Utah legislators who gave the plant’s bosses a stern dressing down during a meeting this week.

The plant’s operator Intermountain Power Agency has spent an estimated $119 million on coal from Colorado, costing Utah at least $5 million in royalty revenue, according to Rep. Carl Albrecht, a Richfield Republican who represents much of Utah coal country.

“Leadership in both the House and the Senate are very concerned about these out-of-state purchases,” Albrecht, told the plant’s general manager R. Dan Eldredge in a meeting of the Public Utilities, Energy and Technology Interim Subcommittee. “Because Utah was supplying the water and the air, IPP would always use Utah coal, [previous lawmakers] wanted to put that in writing but [then-IPP General Manager Reed] Searle convinced the Legislature that wasn’t necessary, that they would always do business in Utah.”

Eldredge came to the virtual meeting to talk about “stray” electricity and its impact on dairy cows, but wound up enduring a scathing rebuke from coal-country lawmakers whose constituents feel betrayed.

“Dan, I consider you a good friend,” said Albrecht, himself a retired utility executive, “but we feel you violated that trust.”

Eldredge said 60% of the plant’s coal purchases come from Wolverine Fuels, which owns or controls four Utah mines, and about 25% from other Utah producers, with the rest coming from Colorado’s West Elk Mine, a distance of 350 miles.

“We have long-term contracts with all the Utah coal producers,” Eldredge said. “Our guiding principals for procurement of coal include concerns for quality, reliability, supply and diversity. There are only seven operating mines [in Utah], and all have operational issues that affect our supply risk.”

Lawmakers’ complaints come at a time when Utah coal production has slid in the face of dropping demand even as producers acquire fresh leases on Utah’s ample reserves of federal coal. The latest proposal came Wednesday when the Trump administration released a plan to lease the 4,231-acre Williams Draw tract in the Book Cliffs to UtahAmerican Energy, whose parent Murray Energy Corp. is seeking bankruptcy protection.

According to Eldredge, then-Utah Gov. Mike Leavitt excused IPP from the buy-Utah agreement back in 2000 because the plant was having problems with the reliability and quality of coal delivered from Utah mines.

“We have honored that commitment substantially in that most of the coal consumed by the project does come from Utah sources,” he told lawmakers. To diversify its fuel sources it draws about 15% of its coal from Colorado, which costs about the same as the Utah coal, he said.

Of the 40 million tons IPP has purchased since 2012, 2.6 million came from Colorado.

“Each [Utah] mine has some issues we’ve had to deal with, either delivery or the organization of the coal companies themselves that give us concern about their longevity,” Eldredge said. “We are doing our best to utilize the coal sources in Utah.”

“These Utah producers have been supplying larger volumes for both Hunter and Huntington [power plants in Emery County] for decades without any issues,” Albrecht said.

Actually, those plants’ operator PacifiCorp has had serious complaints about the quality and quantity of the coal received from the SUFCO Mine under long-term contracts, prompting a lawsuit in 2011 against the mine’s operator Canyon Fuels, now owned by Wolverine.

In an interview, Albrecht said it would not be fair to compare Bonanza to IPP because Deseret Power owns the nearby Deserado Mine, which sends about 2 million tons of coal a year by private short-haul rail from Rangely, Colo., to the 500-megawatt plant south of Vernal.

“It’s an integrated system” Albrecht said in an interview. “You are not talking apples to apples.”

Because of California’s climate policies that discourage reliance on coal-fired power, IPP has been generating at less than half its capacity in recent years. Accordingly, it is burning far less coal from its peak, down to about 3 million tons a year. It is scheduled to drop coal altogether by 2025 and switch to a combination of hydrogen and natural gas.

Lawmakers pressed Eldredge where IPP planned to get its natural gas, hoping to hear a commitment that it would come from Utah’s gas fields. The plant boss said he has yet to look into gas supply contracts, but he has begun contracting for a 36-mile lateral connecting the plant to the interstate Kern River pipeline, which moves Wyoming’s natural gas through Salt Lake City to Southern California. That project is under review by the Federal Energy Regulatory Commission.

The plant supplies 23 small and mid-size Utah cities, but the bulk of its power heads to California. While Intermountain Power Agency is a Utah company, the decision to buy Colorado coal was made by a team at the Los Angeles Department of Water and Power, IPA’s biggest customer, Eldredge told lawmakers. That revelation spurred another round of piling on.

“I’m not in favor of any tax incentives for an entity that doesn’t keep their word and may not have any interest in Utah at heart,” Sen. Ralph Okerlund, R-Monroe, whose expansive district covers both coal country and the power plant. “This entity is selling as cheaply as they can to California. California is not interested in Utah’s benefit.”

Added Sen. David Hinkins, R-Ferron: “Since a gentlemen’s agreement is not reliable if one of our governors could short sell us or stab us in the back like has happened, I think we should look at having a contract in place that they guarantee that they would use Utah natural gas in the future.”

With that the committee unanimously voted to explore possible legislation that would do just that.