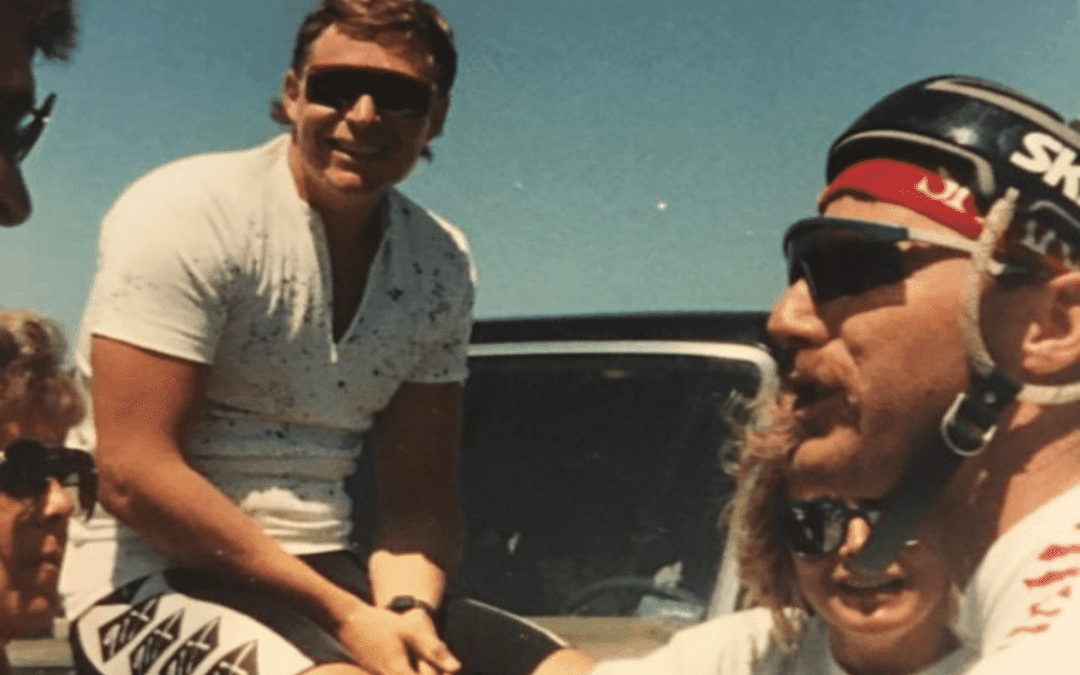 With no refrigeration. A cold day in January was better than a hot day in August in Venice, Italy near the end of a period we know as The Middle Ages.

Time was running out on the old Italian merchant. You could see it in the doctors eyes. The check-out line was in sight. Finite.

The Priest knew it too. That’s why the old man…on death’s doorstep, at 69 years of age he had beaten the life expectancy of his era. But the grim reaper was at hand and the Priest put it rather bluntly when he said “You can renounce your lies and exaggerated tales in the face of God and Jesus Christ and die in peace. Forgiven”. The old Italian was the first European to travel the Silk Road and see a tiger, and recount a giant black and white bear that nobody had seen. To see “giants”. He was imprisoned and released. Rich and poor. Sometimes at once!

He traveled to Mongolia and even shared a bed with a War Lord’s wife (ever the diplomat or ever the Italian) in a yurt on the Asian step. His longest journey lasted 24 years. When he returned, his family thought they were seeing a ghost. No, the old Italian sits up and looks around the room full of family and clergy and says in dying, “I have only told you half”.

What an exit! Leave it to an Italian to kick off with such panache. So ended the life of Marco Polo.

The real tragedy was little did the greatest explorer in the history of the world would know, his name would to be used to piss off countless people at resort pools long after the middle ages and his exit. Marco friggin Polo.

It is in the spirt of Marco Polo and just how cool Italians are, that when I recount 1980’s spent in San Diego…smack dab in the middle of possibly the greatest era of cycling in an era known for it’s hedonistic delights…I will only tell you half.

Why? Because my daughters read this shit! Gotta leave some mystery for when I hit the express line.

Whenever I think of the 1980’s a song immediately pops into my mental cassette deck I keep under my mullet. It’s a novelty song by Ian Dury and the Blockheads entitled “Sex & Drugs & Rock and Roll”. Youtube it..it’s a fun song. It’s got a poignant line that goes “Sex and drugs and rock and roll is all my mind and body needs” Even more remarkable is Ian sings this and never loses his cockney accent. You’d swear you were in some ruffy in South London listening to a bloke dodging pint glasses on stage after a Chelsea match. That song is my musical tattoo of 15 years in America’s Finest City. My therapist has a few theories.

Well in San Diego I decided you needed a little more than Sex and Drugs and Rock and Roll. You needed plenty of exercise and sunshine. You needed to make good money because everything that’s fun costs money in Southern California. You needed to get in that ocean every day because the beach rules. You needed a bike. Because these were the zenith days of cycling.

Let me count the ways.

You had the heyday of NORBA happening in Big Bear just a few hours up the road—a 2,000 person cross country race. Its showcase being one of the all-time contentious rivalry’s in an era full of them. You had Bird-Magic, New Wave vs. Metal, Cowboys Vs. Niners, Borg vs Conners.… But in cycling the granddaddy of them all was John Tomac, the wonder kid from Michigan Vs. Ned Overend, the old school lung from Durango, CO. (Durango being another city making quite a name for itself in fat tire lure). The next day, we hunkered down to watch the pro downhill. Some guy named Sean Palmer rewrote the book in front of our very eyes just the way Shaun White did on those very slopes many winters in the future.

Promoters Pat Follet and Tom Spiegel would throw out another keg for the bros on a Sunday in Big Bear. These were good days. That kind of race and party shenanigans landed these two right where they deserved to be—in the Mountain Bike Hall of Fame. Note to future promoters. Roll out the extra keg.

Meanwhile south of border, the epics, Tecate to Ensenada, and Rosarito to Ensenada were drawing upwards to 20,000 people for these road events. The reason you did the event was because the post parties in Mexico lasted two days. If you asked a female cyclist what was in her back pockets, chances are she’d say a bikini. Appropriate dress. I’d roll up a pair of Quicksilvers and a pair of flip flops in my jersey and I’d be good. No shirt, no shoes, no problem. See ya Monday.

A couple of swimmers that hung out at a joint called Tuggs Tavern (RIP) in Pacific Beach were bored so they made a bet. Whoever could swim 2 miles, ride 100 and run 26 got their beers bought for them. One of these swimmers was San Diego native, and future IRONMAN World Champion Scott Tinely.

San Diego’s, Balboa Park had an outdoor velodrome that attracted sprinters from the pro ranks and all over the world. The nighttime races under the lights were the stuff of legends with the likes of Danny Van Haute holding court on a nightly basis.

The majority of the pro road cycling teams were either based in San Diego or their riders were. 7-11 (Ron Keifel owner of Wheat Ridge Cyclery, cool YouTube here), Schwinn-Wheaties, Levi-Raleigh (Boulder’s Hugh Walton rode for this team) could all be seen represented on the coast highway on weekends or at the famous and death-defying Fiesta Island Wednesday night crits. Hell, San Diego native Jeff “Peppy” Pierce even won a Tour de France stage in 1987 becoming the third American (after Davis Phinney and Greg Lemond) to do so when the little climber caught the sprinters bickering during the last stage in Paris and tip toed in for the win.

Our event, The Montana Grande had finally opened-up Baja to Mountain Bike racing.

A pro race, The La Jolla Grand Prix promoted by Florida transplant Richard Bryne was billed as “World Class Racing Through the streets of Downtown La Jolla”. And it was just that with 80,000 spectators fresh off the beach cheering. If you had to look twice that’s ok, but isn’t that John Tomac racing for the Motorola Road Squad after just racing mountain bikes in Big Bear? Fun fact, Richard would go on to invent and base Speedplay pedals in San Diego.

Intense Bikes was based in Lake Elsinore—Intense is to California, what Yeti is to Colorado. They are now based in Temecula, even closer to San Diego.

Bellwether clothing and Profile Design components moved from Chicago to Long Beach and Shimano set up shop in Orange County. GT Bikes as well. SoCal had a lot going on.

Personally, things were really going in the right direction. It was the heyday of radio and business was fantastic. We had just bought a House in Del Mar right in the southern corner of North County. The hilly, rural horse country was perhaps the best road riding in the country with plenty of hills (Mount Palomar tops off at 6,138 feet) and light traffic. There was also a network of mountain bike trails that led into Penasquitos Canyon. A giant swath of nature and single track smack dab in the middle of one of the most densely populated areas in the country. I could access the canyon from my house directly. At the end of the ride you’d ride to the beach and jump in and body surf while the sun sets. Cielo.

Cielo is heaven in Spanish. Heaven on earth never lasts for eternity.

-The drug war heated up in Baja so going down there became dangerous. Event numbers plummeted.

-Somebody died downhill racing in Big Bear and Snow Summit pulled the plug on all racing.

-La Jolla did not renew the Grand Prix’s permit.

-A good thing did not last. North County became very developed and the traffic increased to such a level that most pros moved to Boulder. Triathletes included. Cycling fatalities soared. A new word was invented “Losangelization”.

-The final straw for me personally…The closure and development of the canyon. I remember coming home and telling my wife “That’s it!  Total bullshit. We are moving”.

If you told most folks that a guy that came from nothing was about to leave a very lucrative situation because they closed the trails by his house, most people would have a hard time believing this. Today I have 30 miles of expert singletrack outside my door. It proved to me that fortune does indeed favor the bold.

If an idea both terrifies you but also appeals to you, you should probably go for it. I would not follow that logic when spouse hunting.

So when my day to get into that 15 item or less express lane comes (Keith Richards and I will bury all you bastards by-the-way) and my family, lovely wife, pets and the good Father is bedside (we keep our Catholic cards current for situations like these). When he administers the last rites and say’s “I can renounce the lies and exaggerations”. I’ll resist the urge to quote Mark Twain and say “Never let facts get in the way of a good story”

Instead I’ll sit up and scan the room and in my final breath I will utter “Te I-ho detto solo meta”. Perhaps with just one more final moan I’ll get out.

“That’s Italian for I have only told you half. Addio”.

What an exit! Not one of those sloppy Irish send-off’s where everybody is drunk before you die… but one with an explanation mark. Now that’s amore.

The other half? You’ll have to catch me on the other side. But I may ask you to get offa my cloud. Saving a seat for my buddy Keith. He was 110 when he got hit by a car.