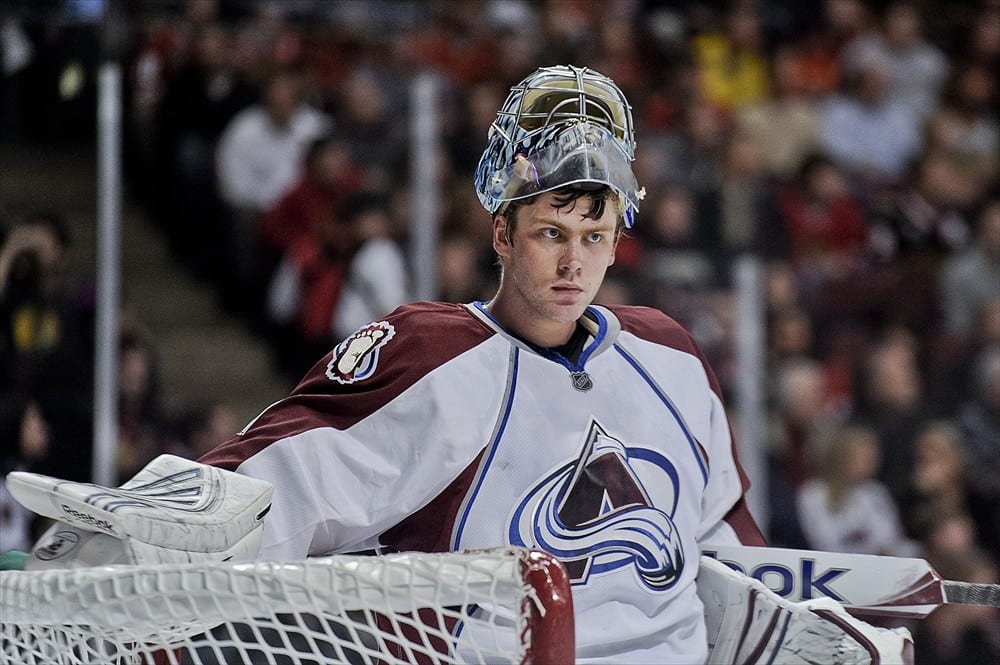 The 2013-14 season was the beginning of a new era for the Colorado Avalanche.

After years of play as a bottom feeder in the league, the organization hoped that a reunion between two old friends would manifest some positive momentum. Joe Sakic, Hall of Famer and former captain of the Avalanche, was elevated to executive vice president for hockey operations after serving as an executive advisor for the team from 2011 to 2013. Shortly thereafter, Hall of Famer and four-time Stanley Cup champion Patrick Roy was hired as head coach for the club.

The pair had combined to bring a substantial amount of success to the Mile High City, most notably the 1996 and 2001 Stanley Cups. Now they had a chance to make some new memories.

Patrick Roy’s coaching career turned out to be quite memorable from the very beginning. During the 2013-14 home opener, a 6-1 romp of the Anaheim Ducks, the Pepsi Center glass and Ducks coach Bruce Boudreau took the brunt of Roy’s fiery temper. His tirade came seemingly from thin air and earned the coach a subsequent $10,000 fine. But it sent the message he intended to send: he, and the Avalanche, were going to play with intensity.

That intensity propelled the club on a six-game win streak to start the season, which was immediately followed by another six-game win streak. Over the next few months, Roy’s Avalanche would cement themselves as high-flying contenders, thanks to the fourth-most potent offense in the league and Vezina-caliber play from goaltender Semyon Varlamov.

Matt Duchene had the best season of his young career, scoring 70 points in 71 games. Rookie Nathan MacKinnon posted 63 points and would go on to win the Calder Trophy. Paul Stastny, Gabriel Landeskog and Ryan O’Reilly also had great campaigns, as did young defenseman Tyson Barrie.

Patrick Roy had turned a team who had finished last in the Western Conference the previous season into a club overflowing with positive storylines. They even earned a, um, unique tie-in video with Imagine Dragons:

The young Avalanche were a tough out on a nightly basis, winning in blowouts, shootouts, comebacks and nailbiters. But that’s not to say Roy’s club didn’t collect a number of doubters as the season went on. He preached a style of hockey that was common during his playing days: play big, play hard, play nasty.

Beyond the flashy top-six and the Erik Johnson/Barrie combination on defense, the Avalanche roster was more physical brawn than offensive bite. Cody McLeod, Patrick Bordeleau, Cory Sarich and Marc-Andre Cliche combined for 41 points in their collective 283 games, and they were a few of the more offensively-inclined depth players. Beneath the 52 wins the Avs acquired, they were far from analytical darlings.

Despite being outshot by nearly 200 over the regular season, Roy’s team was undaunted heading into the postseason. They finished the year with 112 points and won the newly-formed Central Division over the Saint Louis Blues.

#WhyNotUs was plastered over social media and around the Pepsi Center, a motto that accurately diagnosed the attitude of both Roy and his team. Naysayers’ warnings would not be heeded here, because this team can win games with a chip on its shoulder and through sheer will. Surely, that mental toughness would bring them success in the postseason.

Wearing their Central Division champion crowns, the Avalanche welcomed the Minnesota Wild to Denver. Both teams had been incredibly hot to finish the season, which was immediately evident in Game 1. The fans who packed the Pepsi Center were boisterous and passionate, and they were rewarded for their efforts with an incredible hockey team. The Wild led 4-2 going into the third period, but despite getting relatively out-played, the Avalanche roared back and tied the game with 13 seconds left. Stastny tied the game and then scored in OT to steal the game for the Avs.

Game 2 was one of the less dramatic in the series but was still memorable. It encompassed the 2013-14 Avalanche at their finest; they were outshot and outplayed again but used their talent and flair for the dramatic to pull through. MacKinnon’s first playoff goal was certainly one to remember:

The Avs cruised to a 4-2 win and went up two games to none in the series. So far, everything had gone according to script. That would not continue during Games 3 and 4 up north.

Barrie played excellent hockey during both games in Denver. He played well in all three areas of the ice, giving a boost to a defense with suspect transition capabilities. The Avs would soon miss his impact. Matt Cooke’s murder attempt on Barrie’s knee in Game 3 was successful, and the British Columbian defenseman’s season came to a sudden end.

Abruptly shorthanded, the Avalanche looked to their goalie to help them take a stranglehold on the series. The Avs mustered only a single goal on 34 shots in Games 3 and 4, while Varlamov 75 of 78 Wild shots in those games. Minnesota prevailed in both, 1-0 in OT and 2-1, and the series the Avalanche appeared to be stealing early was tied.

Back on home ice, Colorado regained some of their poise. They outshot the Wild 35-32 in Game 5 and held a 2-1 lead going into the 3rd period. The Wild, as they had all series, continued their pressure and struck twice on Varlamov to take the lead deep into the period. But again with the goalie pulled, the Avalanche found a way to tie the game with just over a minute to go. Confidence restored, the team took a 3-2 series lead in overtime off a quick MacKinnon shot.

Game 6 had the teams back in Minnesota, where the Wild got off to a hot start and earned a 2-0 lead. The Avs, who welcomed Duchene back from injury, finally found some scoring touch in their away uniforms, however, and came back to tie the game. The deadlock would last until Zach Parise gave the Wild the lead with a meager six minutes remaining. This time, there would be no late-game heroics for Roy’s team.

They would finally pay for having the goalie pulled, giving up 2 empty-netters as hopes of an easy series victory faded away. The Avalanche had played nasty and with intensity all night, but the Wild had obtained better chances and pulled away. The winner-take-all Game 7 was only two days away.

Much like Game 1, Game 7 was a spectacular hockey game. But the cracks that had started to show as the series went on were catching up to Colorado. On four separate occasions, the team took a one-goal lead. On four separate occasions, those leads were lost. This time, the script was flipped, as the Wild were the ones to tie the game with only minutes remaining. In overtime, the result felt all but inevitable:

Patrick Roy and the Colorado Avalanche went from the top of the world to elimination in just a couple of weeks. They were out-possessed, out-shot, out-chanced, and out-scored by the Wild, the supposed underdog of the series. The miracle run had come to an end.

But What Did They Learn?

Not much. The future still seemed very bright, as the core of Duchene, MacKinnon, O’Reilly, Landeskog and Barrie was just getting started. It shouldn’t have, but the regression that followed over the next few years came as a surprise to many in the organization (such as Roy) and to many in the fanbase. Before long, the Avs had one the worst seasons in the salary cap era of the NHL.

Why? Because the organization learned the wrong lessons from their 2013-14 teams. Rather than focusing on building a sole identity centered around youth and speed, the team brought in players well past their prime to push the club over the edge. Brad Stuart, Fedor Tyutin and Francois Beauchemin made the back-end older and slower. Daniel Briere and Jarome Iginla did the same up front. That collection of players could contend for the 2009 Stanley Cup, but only made the Avs more of a confusing mess in their time there.

As the league continued to trend towards speed and skill, Roy continued to push the Avalanche against the grain. They were supposed to be different, have that “why not us?” mentality. Why not them? Because they were slow. And bad at generating shots. And bad at transitioning through the neutral zone and maintaining possession.

Emotion and hockey go hand-in-hand. That’s why the playoffs are the spectacle they are, and the Stanley Cup is as rewarding as it is to win. But the 2013-14 Avalanche died how they lived: solely on their emotional belief that they could overcome their flaws. The end was painful to watch, the seasons to follow were painful to watch. It took a lot of pain for the team to organize and figure out how to proceed towards winning the right way.

Cinderella runs are great. But not everyone gets a happy ending. If only the 2013-14 Avalanche could have been so lucky.