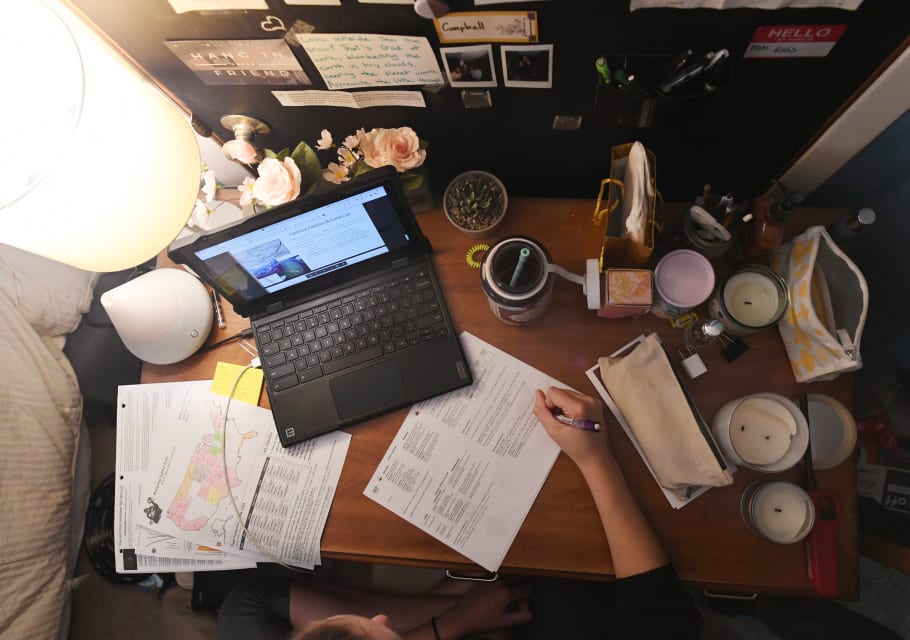 Colorado teachers unions and faith leaders are calling on internet provider Comcast to reduce barriers to internet access as schools struggle to reach all of their students with remote learning.

Several Denver principals last week said internet connectivity is one of their biggest challenges as the state’s largest district launched online learning. Around the metro area, suburban districts that have been doing remote learning for several weeks still can’t account for 10% to 15% of their students. The numbers are much higher for some schools. At least one high-poverty elementary school reported that fewer than half of its students have logged on.

Comcast has made its low-cost program, called Internet Essentials, free for two months to families that qualify for programs such as food stamps or subsidized school lunches. But some families reported being denied service if they had outstanding bills with the internet provider.

Comcast has temporarily changed that rule, allowing for more access, but the teachers unions have identified another barrier: Undocumented families may not have the identification required to sign up for free internet service or may not feel comfortable providing it.

“We want to work with you to ensure equity of access for all of our students,” said a letter that the advocacy group Coloradans for the Common Good sent to Comcast executives Monday. “We hope to meet with you as soon as possible to discuss potential solutions.”

The letter was signed by faith leaders and the president of the Colorado Education Association, as well as the presidents of several local teachers unions, including Denver and Jefferson County.

Comcast did not respond to requests from Chalkbeat for comment.

To sign up for Internet Essentials, Comcast asks for a Social Security number. If a person doesn’t have one, Comcast instructs that person to take a picture of themselves holding their identification or to bring that identification to a company store.

Emilio Ramos, a social worker who works at two Denver elementary schools, said he’s heard from families where the parents are undocumented and don’t have a Social Security number.

He said parents are afraid that if they admit they’re undocumented and also provide their photo and personal information, that information could be flagged in Comcast’s system and shared with the government, making them a target for arrest or deportation.

He’s also heard from families who were able to sign up but are now being told the wait time to get connected ranges from three to five weeks. One Denver elementary school principal told the school board she’d heard the same thing. Only six weeks of school remain.

The district estimates more than 7,000 of its 92,000 students don’t have internet access.

Denver school board President Carrie Olson, a former teacher, acknowledged at a board meeting Friday that internet connectivity has been a struggle.

“When I was sitting here, I got a text from one of my former students who’s a teacher … saying, ‘Where are the hotspots?’” Olson said. “We’re on that, and we understand that’s really something we’ll keep working on.”

Denver schools have provided families with a range of options for connecting to the internet, including maps of free mobile hotspots located around the city. But Ramos said accessing the mobile hotspots often requires a family to walk or drive to a parking lot and sit outside — which can be challenging on days that are too hot or cold, or when it’s snowing or raining.

He’s worried that unequal access to the internet and online learning will exacerbate the trauma experienced by students who are already struggling with hardships at home.

“We really want to make a routine for these kids as much as possible and some kind of normalcy,” Ramos said. For students living through trauma, he said, “school is that.”