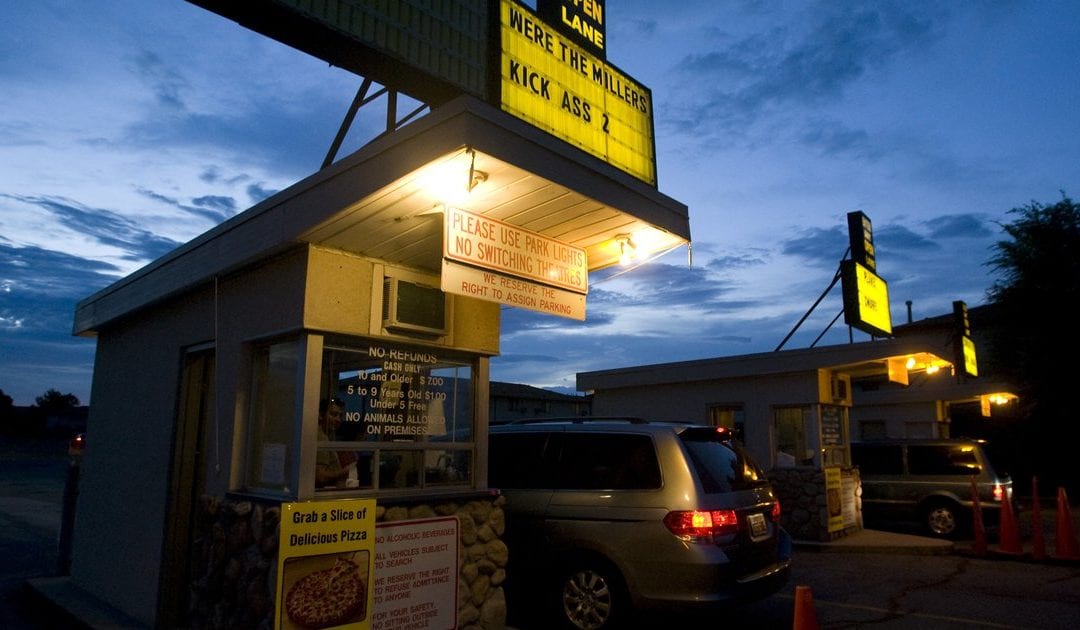 The Redwood Drive-In’s plans to open this weekend are on hold, after the Salt Lake County Health Department reminded the management that opening a movie theater would violate a public health order.

The Salt Lake County Health Department posted a warning on the West Valley City drive-in’s Facebook page, with a reminder that movie theaters — “indoor or outdoor” — must stay closed until the county lifts the health order, given because of concerns about the spread of the coronavirus.

“We know this is disappointing, and we hope the transmission of COVID cases in Salt Lake County slows enough that many of the businesses closed by the order will soon be able to safely open with disease prevention precautions in place,” the health department wrote on the drive-in’s Facebook page.

After trying to contact the theater “through multiple methods,” Nicholas Rupp, spokesman for the Salt Lake County Health Department said, the department contacted theater management to remind them of the health order.

“We’re working with them to find ways to potentially open in the near future,” Rupp said.

The drive-in, at 3688 S. Redwood Road in West Valley City, announced on its website Thursday it would begin its summer season on Friday night — which would have made the Redwood the first theater in Salt Lake County to screen movies in more than five weeks.

What the theater’s management had not announced was how it would enforce social-distancing guidelines at the concession stands, in the restrooms, or between cars.

Attempts by The Salt Lake Tribune to contact theater management Thursday and Friday by email and phone were unsuccessful.

The theater’s website Friday still listed four double features being offered: “Trolls World Tour” and “Dolittle”; “Sonic the Hedgehog” and “Playing With Fire”; “The Hunt” and “The Invisible Man”; and the classics “Raiders of the Lost Ark” and “Indiana Jones and the Last Crusade.”

Salt Lake County Mayor Jenny Wilson declared the county’s first state of emergency because of COVID-19 on March 6. The county issued its first public health order on March 16, and on March 19 updated the order to restrict non-family gatherings of more than 10 people.

The most recent update of the order was issued April 17, and it lists movie theaters among the “places of public amusement and activity” that must remain closed. That order expires on May 1; Rupp said the county health department will decide next week whether to extend the order, or issue new rules that follow state guidelines toward slowly reopening businesses.

The Redwood is one of five working drive-in theaters in Utah. The Basin Drive In in Mount Pleasant, in Sanpete County, is the only Utah drive-in now open; it’s playing movies in the “Jurassic Park” franchise for a week, starting Friday, according to its Facebook page.

The Motor Vu Drive In, in Erda in Tooele County, will open no earlier than May 1, according to its website. The other two — Coleman’s Motor-Vu in Riverdale, south of Ogden, and the Echo Drive-In in Roosevelt, in Duchesne County — are closed; their websites say they will stay that way until local health authorities declare it’s safe to open.

The Water Gardens Theater in Pleasant Grove has been operating a makeshift drive-in screen in its parking lot since March 27. The Water Gardens has strict rules to maintain social distancing: Patrons must stay in their cars and remove their own trash, concessions are ordered online and delivered to the moviegoer’s car, and people in line for the restrooms must give 10 feet of space to the person in front of them.

Theater closures began along the Wasatch Front on March 13, when the nonprofit Salt Lake Film Society announced it would shutter its two Salt Lake City locations: the Broadway Centre Cinemas and the Tower Theatre. National chains followed suit, and on March 18, the Utah-based Megaplex Theatres chain shut down all 16 of its theaters, from Logan to Mesquite.