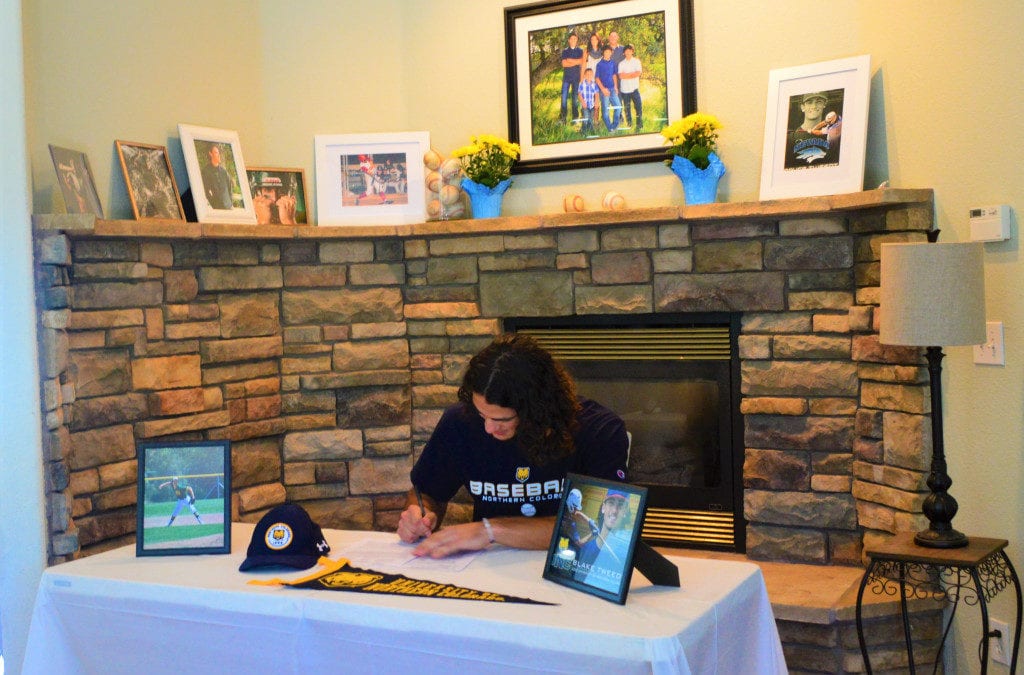 RED BLUFF — Red Bluff High School’s Blake Tweedt signed his letter of intent Friday to play baseball for the University of Northern Colorado, a Division I program in the Big Sky Conference.

Tweedt said he chose the University of Northern Colorado because it was one of the few colleges that gave him the chance to play collegiate ball, and he decided to take the university up on its offer.

“I just thank my parents and coaches for getting me to where I am now, and I am excited to start this new journey and continue my baseball career,” Tweedt said.

Tweedt said every college player’s goal is to make it to the professional level and to see if far they go into that, but if that does not work out, then study and get a degree.

Coach Ryland Sanders said it was bittersweet seeing Tweedt’s signing because he’s had Tweedt and his brother Bryce for the past three years in his program.

“It is not that often that you come across competitors like Blake and Bryce,” Sanders said.

Sanders commended Blake’s work ethic and called him a great example and inspiration to the other players.

He added having the Tweedt brothers signing to play Division I baseball is pretty amazing, and it may be the first time Red Bluff High School baseball history to have two players go to Division I on scholarship right out of high school.

Blake’s father, Ryan, said the family is super excited for him. He went on to say with the coronavirus pandemic still going, and it was a somewhat difficult decision for Blake to choose the University of Northern Colorado without about being able to tour the campus himself in person. Still, Blake Tweedt chose Northern Colorado after talking to the coaching staff and feeling like it was a good fit.

Blake Tweedt, an outfielder and pitcher, played four years of varsity baseball for Red Bluff High. As a Spartan, he was named to the All-Northern Section First Team in 2019 and amassed a career batting average of .399, an on-base percentage of .494.