Real Salt Lake Draws SKC, Colorado and Minnesota in MLS is Back Tournament 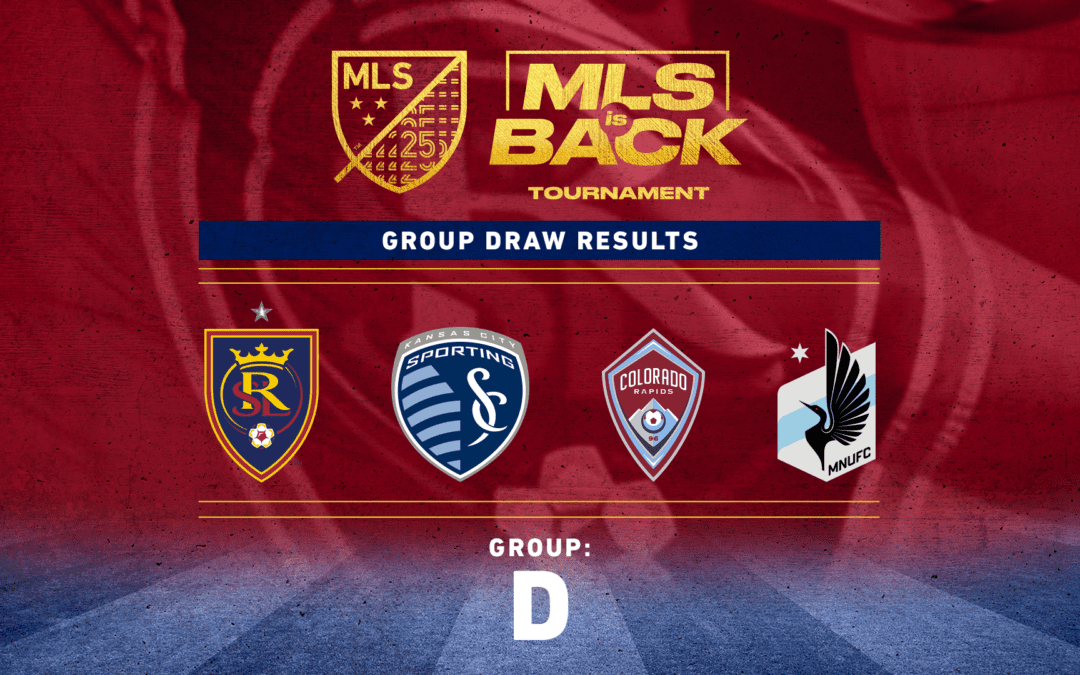 RSL Head Coach Freddy Juarez represented the club on the draw – which was broadcast live on MLSsoccer.com – and drew Sporting Kansas City, the Colorado Rapids and Minnesota United into Group D.  The tournament schedule, including specific matchup dates and full broadcast details, will be announced at a later date.

“It’s a tough group.  We have rivalries with Colorado and with Sporting and then Minnesota is a very good group.  I have some roots there.  I played there for a few years, so there’s a lot of respect there,” Juarez said.  “We are a competitive group.  We’re a tight-knit group.  We’re a group that’s been improving in each of the last four years.  We know what we have, we know what we are and we have a chip on our shoulder that we want to go and compete with anyone in MLS.  That’s the mindset of the whole group.”

RSL has longstanding rivalries with Kansas City and Colorado and is unbeaten at 3-0-1 over the last two seasons against both clubs.  Real Salt Lake has taken home the Rocky Mountain Cup in 11 of the last 13 seasons against Colorado, posting a 19-8-10 record during that stretch.  In six all-time meetings with Minnesota, RSL is 1-3-2 with the lone victory coming at Rio Tinto Stadium in 2017.

Real Salt Lake finished third in the Western Conference in 2019 at 16-13-5 (53 points), advancing to the Western Conference Semifinals for the second consecutive season.  RSL started the 2020 season with two draws, first on the road against Orlando City SC, then at Rio Tinto Stadium against the New York Red Bulls.

Each team will play three group stage matches, and those results will count in the 2020 MLS regular season standings.  After 16 consecutive days of group stage matches, the top two teams from each group along with the four best third-place finishers will move on to the knockout stage.  The knockout stage will include a Round-of-16, Quarterfinals, Semifinals, and the Championship match will take place on August 11.  Matches tied at the end of regulation in the knockout phase will proceed directly to a penalty kick shootout. Click Here for the MLS is Back Tournament Competition Guidelines.

MLS worked with U.S. Soccer, Canada Soccer and Concacaf to institute a one-time change to MLS berths to the annual Scotiabank Concacaf Champions League.  The MLS is Back Tournament winner will earn a spot in the 2021 Scotiabank Concacaf Champions League, regardless of whether it is a U.S. or Canadian club.  The winner would replace the berth previously awarded to the MLS regular season points leader in the conference opposite of the 2020 Supporters’ Shield winner.

In addition to matches that count in the regular season standings and the Champions League berth, players will have the opportunity to earn additional bonuses as part of a $1.1 million prize pool.