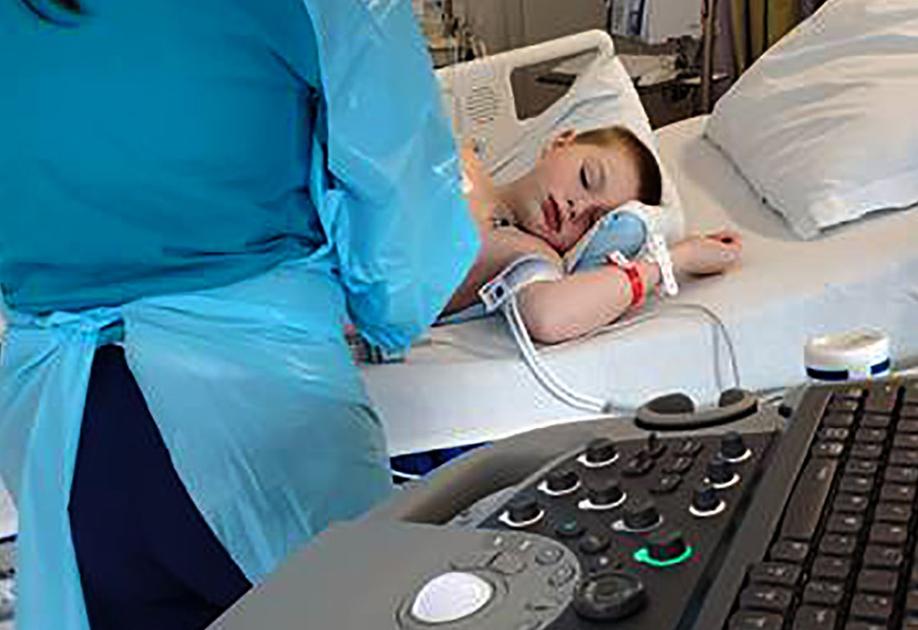 A rare and mysterious syndrome linked to COVID-19 is suspected to have sickened three Colorado children, Gov. Jared Polis and a top state health official said Wednesday, promising to closely monitor for any new cases.

Multi-inflammatory syndrome in children, or MISC, surfaced in western Europe a couple of weeks ago, Polis said. Three children who were treated at Children’s Hospital had the syndrome. For privacy reasons, no further information will be provided on those cases, according to state epidemiologist Dr. Rachel Herlihy.

“Our biggest takeaway is how little we know” about COVID-19, Polis said.

The governor’s briefing came on the same day that a top state health official pronounced that Coloradans were still “at the beginning” of the coronavirus pandemic, while rebuffing arguments for fewer rules.

The multi-inflammatory syndrome is similar to other serious inflammatory conditions, such as Kawasaki disease and toxic shock syndrome, a statement from the governor’s office said. Children who have it become seriously ill and have problems with their heart or other organs, requiring hospitalization. The syndrome seems to be very rare, it said.

Polis likened it to the case of Mary Mallon, colloquially known as Typhoid Mary, a New York City cook who was asymptomatic for typhoid but allegedly transmitted it to 53 people between 1900 and 1915. At least three of them died.

“There are many ‘Typhoid Marys’ among us,” Polis said. A person could be contagious for up to three weeks.

As of Wednesday afternoon, 1,001 Coloradans have died directly of COVID-19, and 298 others have died with the disease, but not because of it, according to data from the Colorado Department of Public Health and Environment. More than 22,790 Coloradans have tested positive for the virus, and 249 outbreaks at long-term care facilities have been reported, the data show.

There’s no substitute for social distancing efforts, such as wearing a mask, because there’s always a danger from someone who doesn’t know they’re infected with COVID-19, Polis said.

COVID-19 doesn’t impact children as severely as adults, and cases of MISC, though damaging, are rare, said Dr. Samuel Dominguez of Children’s Hospital at the briefing. Most cases show up about four weeks after a child has been exposed to the virus, he added.

Children with MISC have very high fevers for multiple days, gastrointestinal complaints, severe abdominal pain and diarrhea, as well as inflammation of the heart muscle.

The new health concerns come as Colorado navigates relaxed coronavirus restrictions and more restless Americans call for states to reopen. The clamoring for a return to normalcy led the state’s top health official Wednesday to grapple with common argument — that less regulation will help lead to”herd immunity” from the deadly disease, an idea she rejected.

For herd immunity to be effective, 70% of Colorado’s population would have to get sick, resulting in more deaths, said Jill Hunsaker Ryan, executive director of the state’s health department.

“We’re really still at the beginning of this epidemic,” Hunsaker Ryan said.

Coloradans’ sacrifices in honoring restrictions have helped flatten the curve, Ryan said, but “we are not out of the woods.”

With Memorial Day just days away, state health officials and the governor encouraged a cautious approach to the upcoming holiday. “It’s not a vacation, it’s a global pandemic and treat it as such,” Polis said.

If Coloradans want restaurants to open, children to return to school and ski lifts to resume next season, or even this season, residents should stay at home and wear masks when in public, Polis said.

By Monday, the state will have new operating guidelines for restaurants, ski areas and summer camps, and another installment of new rules will be issued by June 1. Polis said he’s always wary of a spike in cases, and while there have been regional outbreaks, there hasn’t been a statewide spike in COVID-19 cases.

The Gazette’s Liz Henderson contributed to this report.