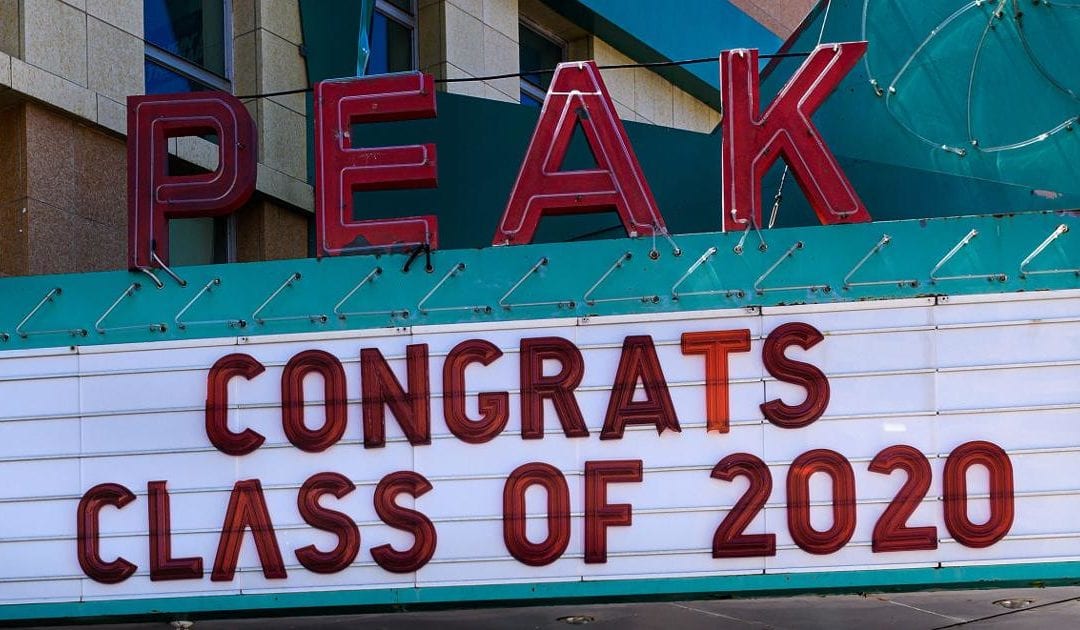 If all the coronavirus stars align, the class of 2020 could get its best graduation present: a live commencement ceremony.

“We have to begin taking incremental steps toward getting back to life, and we have to figure out how to do that in a medically sound way that limits the uncontrolled spread of the COVID-19 virus,” he said of the disease caused by the coronavirus. “This is a big first step in that.”

Gov. Jared Polis told the state’s superintendents on a conference call last week that traditional graduation ceremonies are banned until at least the fall, but he also said he was granting authority to county officials to approve alternative ceremonies.

Kelly drafted recommendations to guide planning for school district officials, who now can submit proposals to the county health department.

• Alternative ceremonies would need to be held outdoors — inside events are prohibited.

• Only students and minimal staff would be allowed to attend — no parents, family members or friends.

• Students and staff would have to adhere to social distancing requirements and wear masks.

• Schools would need to have staggered events if a 6-foot distance between attendees could not be achieved.

• Schools must broadcast the ceremonies electronically and make accommodations for students who choose not to attend.

• Students would not receive diplomas on stage or shake hands with dignitaries, and they would have to sign a behavior contract.

Kelly said the possibility of live graduation ceremonies could be altered if the environment changes, such as increases or outbreaks of COVID-19 cases over the next month or so, which would restrict ceremonies to a remote-only format.

Schools would have to follow the rules “to the letter,” he added.

Public health officials will be watching COVID-19 numbers and trends, as well as testing capability and hospital capacity to care for coronavirus patients.

“We’re in a really good place, numbers-wise and testing-wise, in El Paso County,” Kelly said of current conditions and abilities to handle the respiratory disease.

Plans also would go before the board of El Paso County Commissioners, likely next Tuesday, for approval. And the governor’s office would have to approve the approach and allow an exemption to the Safer at Home order of  that “mo gatherings over 10 people” are to be held.

That could take a few weeks, said Allison Cortez, spokeswoman for Academy School District 20, which is preparing to present a plan for its seven high schools.

The U.S. Air Force Academy’s graduation ceremony on April 18 became the “backyard model” for how such events can take place with social distancing, face masks and no families in attendance, Kelly said.

“Young, healthy students are a very low-risk population for the pandemic,” he said. “They were taken out of schools, and parents want the opportunity to celebrate their accomplishments and bring hope to kids’ lives.”

If all works out, Academy D-20 would host seven ceremonies June 20-26, likely on Hatchell Field at the district-wide athletic stadium, for up to 2,600 graduates, Cortez said.

“Once the Air Force Academy set a precedent, it seemed like superintendents thought, ‘huh, this is possible,’ ” she said.

Many families asked if the Air Force Academy can do it, why can’t other schools, she added.

“We know it’s different; the cadets were in isolation almost four weeks and they did temperature testing,” she said. “If we can all figure this out, we’re really open to it.”

A survey that about 400 students and parents responded to, and additional emails sent to the district indicated the overwhelming majority favor a ceremony as close to traditional as possible, Cortez said.

“Graduation is a rite of passage and we know how difficult this time has already been on our seniors, with missing prom, final sports seasons, final musicals and plays, and awards ceremonies,” D-11 spokeswoman Devra Ashby said. “Balancing guidance from local and state health departments, we’d like to do our very best to honor the class of 2020.”

“Our high schools would like to have an alternate in-person graduation ceremony in addition to our virtual graduation, and we plan on submitting a proposal soon,” she said.

Officials at Lewis-Palmer School District 38 in Monument are hoping to host an in-person ceremony and live-stream the event simultaneously on July 23 for Palmer Ridge High School and July 24 for Lewis-Palmer High School at 10 a.m. at Don Breese Stadium, spokeswoman Julie Stephen said.

“We would work with El Paso County Health on the details, and coordinate with them to meet their guidelines,” she said.