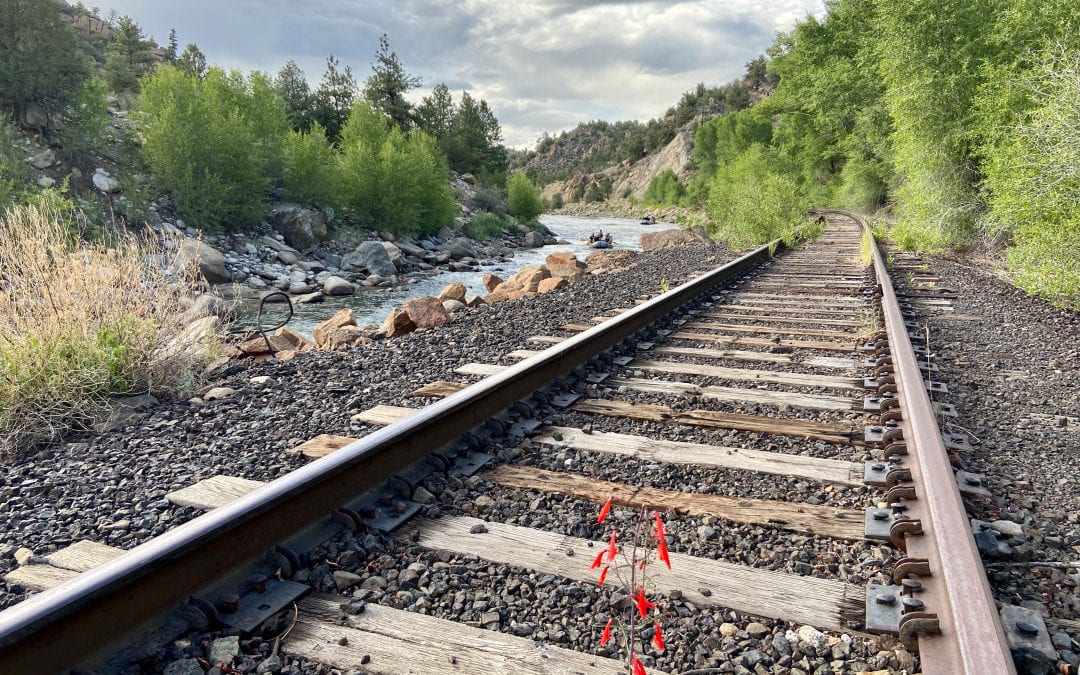 Colorado Midland & Pacific Railroad, which is vying to run trains across the long-dormant Tennessee Pass Line between Cañon City and Gypsum, promises it will never transport crude oil, coal or hazardous materials on the line.

The nascent railroad operator’s plan to return trains to the line that has been idle since 1997 riled residents of Eagle, Lake and Chaffee counties. In response to the company’s application to the Surface Transportation Board, dozens of residents and environmental groups filed letters of opposition, expressing concern for potential transport of crude over Tennessee Pass and along the Arkansas River through Buena Vista, Browns Canyon and Salida.

The rail operator’s parent, Rio Grande Pacific Corp., is planning a new railroad in Utah to connect Uinta Basin oil fields with the national rail network. But Texas-based Colorado Midland & Pacific has repeatedly said it would not transport oil over Tennessee Pass. The train operator’s Tennessee Pass Line lease plan does not include a short stretch of rail connecting with the national network at Dotsero.

All those protests filed with the Surface Transportation Board are “erroneous contentions,” Colorado Midland & Pacific told the board this week in an amendment to its Dec. 31, 2020 formal application for approval for trains on Tennessee Pass.

“CMPR has no intent, much less ability, to transport these commodities over the line due to features of the line that make it logistically impossible to do so,” reads the filing this week, which notes that 11 miles of track near Camp Hale is at a steep 3% grade. (Freight trains typically don’t travel on tracks steeper than 1.5%.)

That steepness, and a series of serious derailments and spills in the 1990s, led Union Pacific to close the line in 1997.

“In order to dispel these unwarranted concerns,” Colorado Midland & Pacific Railroad’s filing asks the Surface Transportation Board to restrict the transportation of crude oil, coal and hazardous materials in a proposed lease with rail owner Union Pacific. That means the railroad operator would only be able to transport passengers and general commodities.

“What if they change their mind?” asks Chaffee County Commissioner Keith Baker.

He’s run the recent filing past his county’s attorneys and “they say there’s nothing ironclad about it,” he said.

“The attorneys are not saying this is a gambit or a ruse or anything like that, but if push comes to shove, 15 to 20 years down the line, they could probably revisit this and have things changed,” Baker said.

Baker wants an in-depth environmental review of the proposal, which would require rebuilding and replacing most of the 163 miles of track between Cañon City and Gypsum. A review under the National Environmental Policy Act for construction in the White River National Forest and Browns Canyon National Monument would help communities along the rail line address long-term concerns, Baker said.

A  competing interest that wants to transport Eastern Plains grain on the line estimated the cost of rehabilitating the Tennessee Pass Line at $278 million. Colorado Midland & Pacific Corp. told the transportation board it expects to generate less than $5 million a year in revenue from the line.

“As a businessman, I have to ask who in their right mind is going to have a 55.6-year payback period if you are going to post, at most, $5 million in annual revenues,” said Michael Kunkel, the president  of the Friends of Browns Canyon group that is urging more scrutiny of the rail plan. “That doesn’t make any sense.”